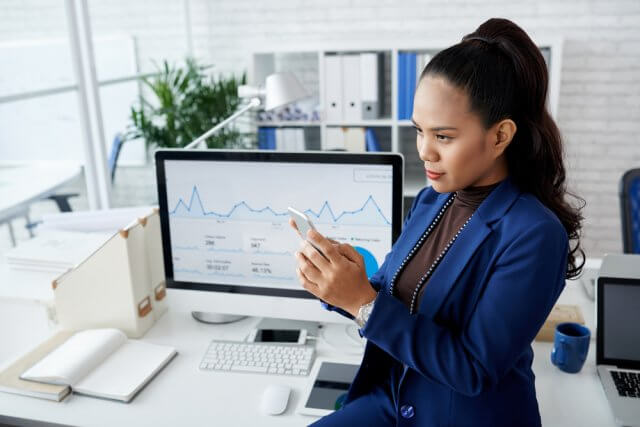 On the forex front, the U.S. dollar strengthened against its major peers for a second straight session, with the ICE Dollar Index gaining 0.3% on the day to 99.93. Today, eyes will remain on the European Commission as it will post final readings of March CPI (+1.0% on-year expected). In the U.S., the Conference Board will release its Leading Index for March (-7.1% on month expected).

The EUR/USD fell 0.4% to a week-low of 1.0862. Official data reported that the Euro zone’s industrial production slipped 0.1% on month in February as expected). The European Commission will post final readings of March CPI (+1.0% on-year expected).

The official data which is scheduled to release at 09:00 GMT is expected to show that Eurozone’s industrial production decreased by 0.2% month-on-month in February.

European stocks stabilized after a 3% loss in the prior session, with the Stoxx Europe 600 Index rising 0.6%. Germany’s DAX increased by 0.2%, the U.K.’s FTSE 100 climbed 0.6% while France’s CAC was little changed.

Markets are now concerned about extended lockdowns indicating a deeper economic recession than previously forecasted. Moving on, the market sentiment is expected to stay pro-risk during the day ahead.

As in result, the EUR/USD currency pair could continue to gain altitude. At the data front, the Eurozone Consumer Price Index (CPI) is scheduled for release, while the U.S. data calendar is thin with just Baker Hughes US Oil Rig Count number expected to release at 17:00 GMT.

The EUR/USD is trading bearish at 1.0835, exhibiting a bearish crossover below 50 EMA, which is now extending resistance around 1.0903 level. Continuation of a selling trend below 1.0903 level can extend selling until the next support area of 1.0772.

On Friday, the EUR/USD is likely to find support around 1.0772, but below this, the next support prevails around 1.0652 level. At this moment, the EUR/USD is holding at 1.0835, having an immediate resistance level of around 1.09230, where the bullish breakout of this level can extend buying until the next resistance level of 1.1036. Conversely, we should look for selling trades below 1.0870.

GBP/USD dropped 0.8% to 1.2523 and consolidated in the range between the 1.2604 – 1.2450. However, the currency pair traders did not give any major attention to the coronavirus (COVID-19) crisis at home because the cases are comparatively more significant in the U.S.

At the U.K. Crisis front, the United Kingdoms’ coronavirus death toll rose above 11,000. Still, the buyers are ignoring this probably because the death toll is comparatively larger in the U.S. almost 20,000 deaths have been registered so far. The GBP/USD is exhibiting selling bias in the wake of a stronger dollar.

The U.S. official data showed that Initial Jobless Claims declined to 5.245 million for the week ended April 11 (5.500 million expected), and Housing Starts fell to an annualized rate of 1.216 million units in March (1.300 million units expected). Later today, the Conference Board U.S. Leading Index will be reported (-7.2% on month in March expected).

Later today, eyes will be on the U.S., the Conference Board will release its Leading Index for March (-7.1% on month expected) to determine further bias in the pair.

On Friday, GBP/USD is trading with a neutral bias over 1.2450 support areas to trade around 1.2486. The GBP/USD pair is likely to find support around 1.2450, which is extended by the triple top level, which got violated on the previous Friday.

On the 4-hour chart, the GBP/USD has formed a small bullish channel, which is likely to extend bullish bias for the pair. The 50 periods EMA is also keeping the GBP/USD pair supported around 1.2450. Thus, the bounce off above this level can lead the GBP/USD pair towards the next resistance level of 1.2657. While bearish breakout of 1.2460 can open up further room for selling until the next support area of 1.2220.

The USD/JPY pair is flashing red and struggling towards above 108.00 level, mainly due to the broad-based U.S. dollar weakness in the wake of risk-on market sentiment. In the meantime, the weaker safe-haven Japanese yen keeps the pair supportive and turned out to be one of the key data that placed a lid on any additional losses in the currency pair, at least for now.

Currently, the USD/JPY pair is trading at 107.81 and consolidates in the range between the 107.64 – 108.08. At the USD front, the U.S. dollar continues to lose its buying momentum across the board, as the U.S. stocks futures and the Asian equities are flashing green mainly after the renewed hopes for coronavirus treatment.

The greenback that tracks the greenback against a basket of other currencies dropped 0.25% to 99.862. It should be noted that the investors failed to prefer the greenback, which is traditionally viewed as a safe-haven, mainly because of the United States President Donald Trump’s step to reopening the economy, which could continue to add bullish pressure around the equities during the day ahead.

The technical side of the USD/JPY has not changed much as it’s price continues to hold above the triple bottom area of 107.039. The MACD and 50 periods of EMA are suggesting bearish bias. Therefore, a downward breakout of this level can extend selling until 105.300, while the resistance holds around 108.640. We should look for selling trades below 107 to target 106.630, and buying can be seen above the same 107.360 level today.