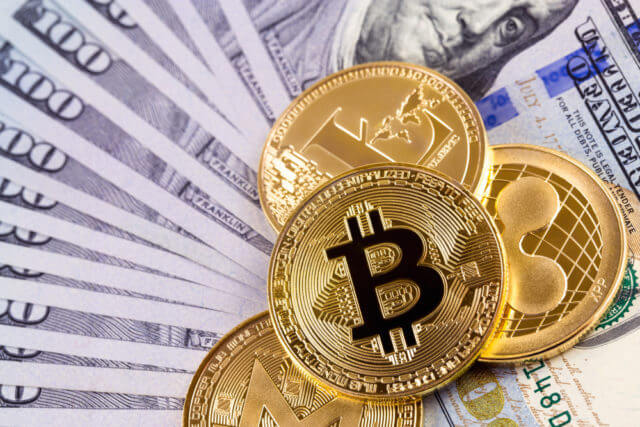 The cryptocurrency markets are almost entirely mimicking the happenings we covered a few days ago. The market is trying to find a balance point to consolidate at, just like it did a couple of days ago. While Bitcoin did not go down, the other cryptocurrencies still try to find their points of consolidation below their highs from yesterday. Bitcoin went up all the way to $8710 and kept almost the same price level throughout the day. Most of the cryptocurrencies reached RSI overbought territory and started to decline in price as well as in volume. Bitcoin gained 0.04% on the day, while Ethereum went down 0.49% and XRP by 3.21%. Most of the top cryptocurrencies are in slight red today, but there have been no significant price fluctuations.

Bitcoin has managed to score a few fractions of a percent and add them to the dominance chart as it was one of the cryptocurrencies that did not drop in price today. The market capitalization of the crypto markets decreased slightly over the past 24 hours and is now standing at $230.57 billion. 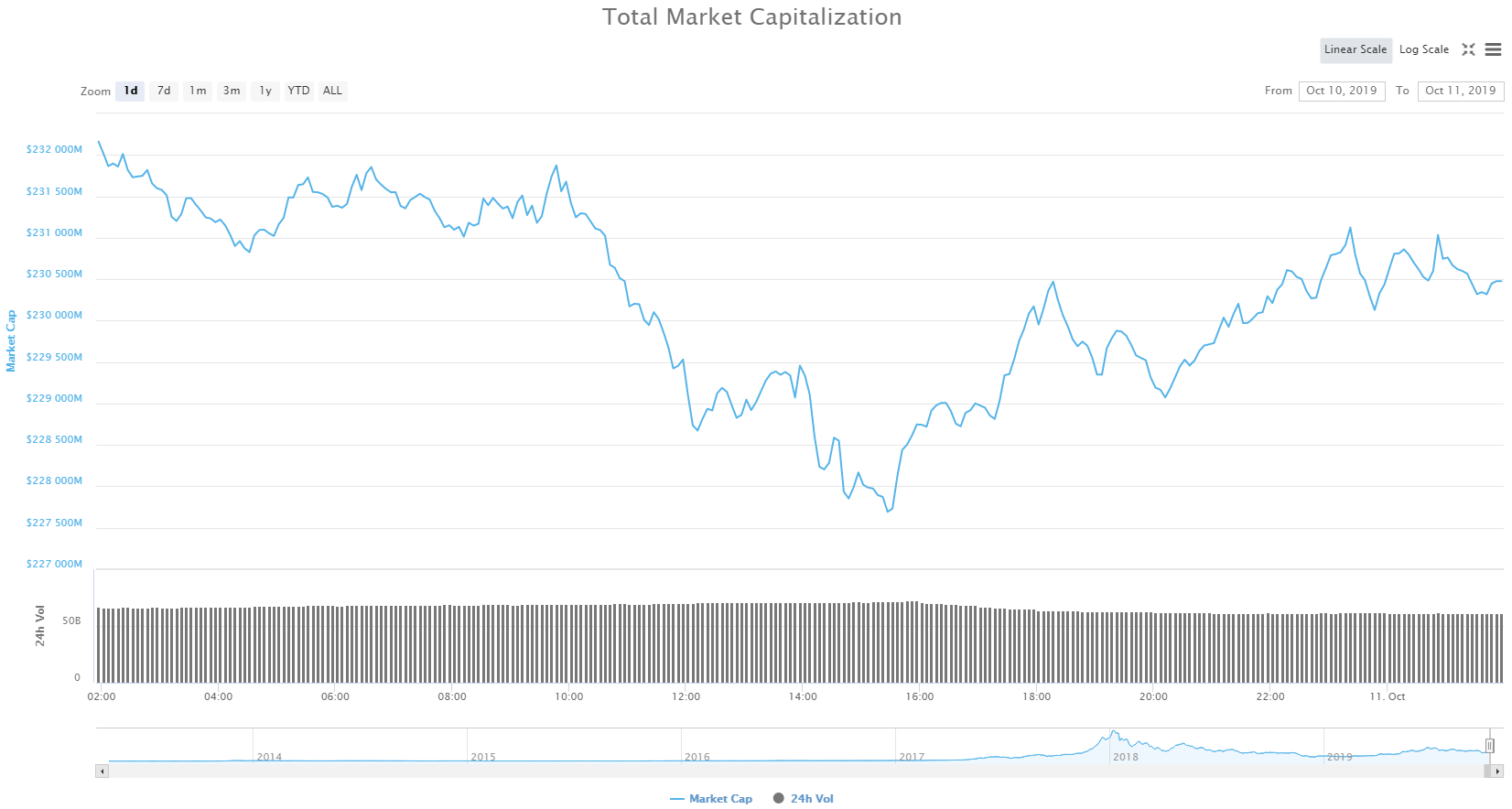 After the upward-facing move in price came into the markets yesterday, markets decided to consolidate as there were no major resistances that could be broken. Most cryptocurrencies consolidated at their daily highs or slightly below them. After the influx of new money coming into the market yesterday, charts showed us a considerable increase in volume. Even though the price jump is over, some of the volume managed to stay in the markets, which is now that much more liquid than it was before the jump.

After reaching the price of $8,710, Bitcoin started to show signs of a possible retracement as the volume began to lower. RSI entering heavily overbought territory further proved the case. Bitcoin, however, did not retrace at all. It just consolidated at nearly the same price that it went to the price spike. After drawing a new Fib retracement line from the start of the new price jump, we can see that it is still uncertain whether Bitcoin will go above or below the 23.6% retracement line. The 38.2% line was, however, tested once today. The price briefly dropped below it, but quickly recovered and gained slight upward momentum.

If we take a look at the volume, we can clearly see that it is not the same as it was during the spike. However, it can also be seen that the volume is much higher than what it was before the spike.

Ethereum has, following Bitcoin, going upwards yesterday. It reached a critical resistance line from September at $196 and bounced back from it. The price dropped as low as $188 but managed to recover some of its value. Ethereum is now trying to consolidate above or below the newly-made 38.2% Fib retracement line. It is more likely that the price will end up above the line at this moment as Ethereum keeps rejecting lower price points, but only time will tell where it will actually consolidate.

The volume, just like with Bitcoin, has increased when compared to what it was before the price spike.

Unlike Bitcoin and Ethereum, XRP did not have such a good day yesterday. It did go up but only touched $0.29 before dropping down to the price level of after the October 7th price spike. The price retraced all the way to the newly-made 61.8% Fib retracement line before finding support. That support seems to be holding for now.

XRP’s volume seems to have returned to the levels it was before the price jump, making it close to impossible to push through the immediate resistances.