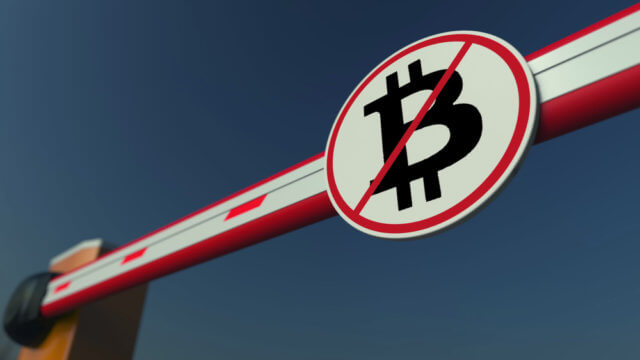 Bitcoin, along with the rest of the cryptocurrencies, didn’t move much during Christmas. The price tanked a bit due to a lack of volume, but the price drops are sporadic and negligible. Bitcoin’s price went down by 0.59% on the day. It is trading for $7,247 at the time of writing. Meanwhile, Ethereum lost 0.7%, while XRP lost 0.4%. 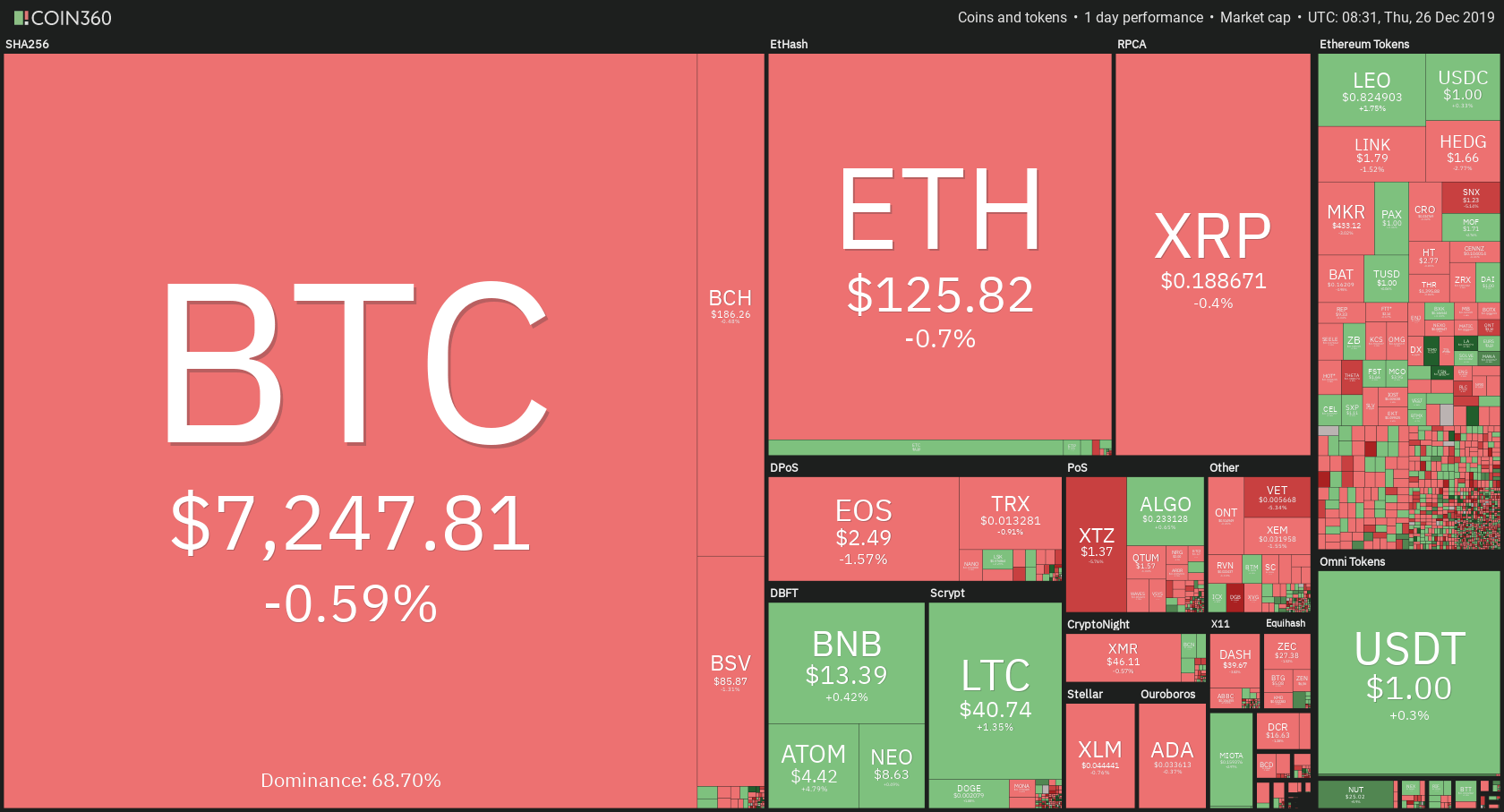 Tomo Chain gained 21.44% on the day, making it the biggest daily gainer. The biggest loser of the day was Silverway, which lost 7.88% of its value when compared to yesterday.

Bitcoin’s dominance gained half a percent during Christmas time. Its dominance is now at 68.7%, which represents an increase of 0.5% from when we last reported. 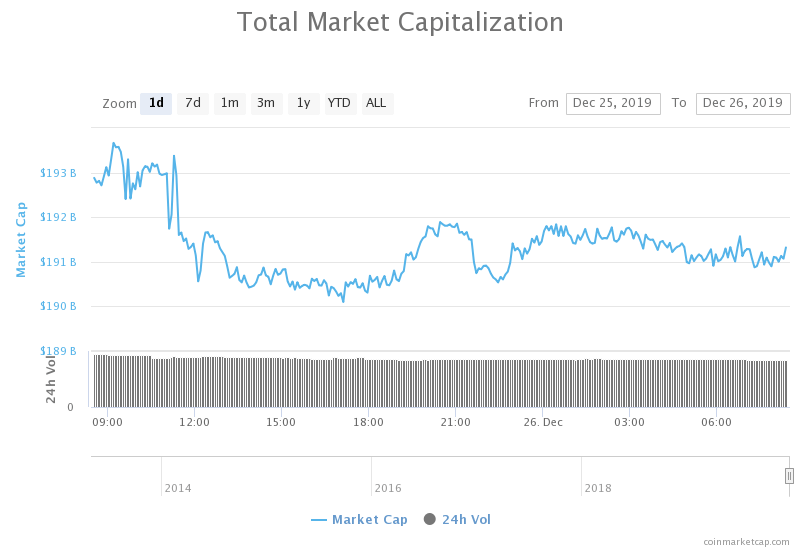 The cryptocurrency market capitalization lost around four billion dollars during Christmas. It is currently sitting at $191.32 billion at the time of writing. This represents a decrease of $3.69 billion when compared to the value it had 24 hours ago.

YouTube has yet to respond on why it censored these videos.

Bitcoin spent Christmas losing some value, but the loss is almost insignificant. Its price did fall under the 38.2% Fib retracement line of $7,260. After falling under the support level which now turned resistance, Bitcoin seems to have consolidated near the top of the range.

Bitcoin’s volume was quite low, which can be explained by the holidays. Its RSI was quite stable and around the middle of the value range.

Ethereum also spent Christmas losing some of its value. The price is still contained within the resistance of $128.1 and support of $122.5. The price is now consolidating in the middle of the range.

Ethereum’s RSI level is currently on the rise, with the volume being on the lower end of the spectrum.

XRP’s broke a key support during Christmas. Its price dropped below $0.19 and could not make it back above. It is now consolidating just below this level, which currently acts as resistance. XRP has quite a free fall if it decides to drop in price. The next support level is at $0.178.

XRP’s volume is, just like Ethereum’s and Bitcoin’s, pretty low. This is, again, most likely due to fewer traders being involved with the market during the holidays. The key level of $0.19 is now acting as resistance.