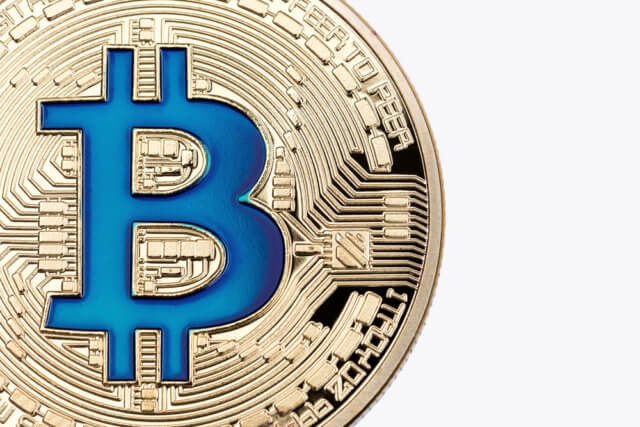 The crypto market has its first red day after a green weekend. Most cryptocurrencies ended up in the red. If we look at the past 24 hours, Bitcoin’s price decreased by 1.76%. It is now trading for $7,353. Meanwhile, Ethereum lost 0.43%, while XRP fell 2%. 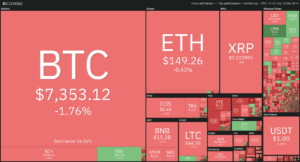 The biggest top100 crypto gainer for today is Chainlink, with gains of 10.85%. On the other hand, the cryptocurrency that lost the most today was Matic Network, which lost 50.4% of its value.

Bitcoin’s dominance stayed at the almost exact place when compared to where it was yesterday. Its dominance is currently 66.56%, which represents an increase of 0.03% from yesterday’s value. 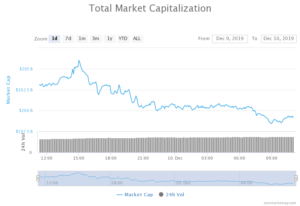 The cryptocurrency market’s market capitalization dropped in the past 24 hours. The market cap is currently at roughly $199.46 billion. This value represents an increase of $4.7 billion against the value it had on yesterday.

JPMorgan announced the launch of its blockchain-based payment network for the Japanese market in early 2020. The payment network is based on JPMorgan’s in-house blockchain platform, Quorum. The Interbank Information Network (IIN) wants to improve payment transactions as well as data sharing between banks.

After a great weekend, Bitcoin came back to almost the exact same spot it was in before it. The biggest cryptocurrency managed to lost its gains and fall under the $7,415 resistance, which is now turned support. The price is now consolidating between the $7,415 resistance and $7,314 Fib retracement line which is now acting as support. The immediate support line got tested twice, but held up both times.

Bitcoin’s volume spiked during the price drop but is now normalizing at lower levels. Its RSI levels fell down from being close-to overbought and normalized as well.

Ethereum followed Bitcoin once again, which became almost a daily occurrence whenever big moves happen. Ethereum bulls stepped in and brought the price above the resistance of $150.5 over the weekend. After that happened, Ethereum immediately had a small level retesting, but the real test was ahead (as we reported yesterday). As the bears gathered and pulled the price down, the $150.5 resistance did not hold up, and Ethereum went under it.

Ethereum’s volume is currently really low relative to the previous days. Its RSI is in the middle of the value range.

It’s underwhelming to say that XRP broke its uptrend. After a whole week of a steady increase in price, it dropped significantly and lost around 40% of its gains from the whole uptrend move. After a sudden burst towards the upside on Dec 8, the price reached $0.234 but quickly started falling due to bulls not having enough buying pressure. The downward-facing move continued, and XRP’s price dropped from $0.234 all the way down to $0.222. However, this key level held up, and the price stabilized, at least for the time being.

There was no volume increase when this price-drop happened, which is quite interesting. XRP’s RSI value also returned to the bottom half of the range.