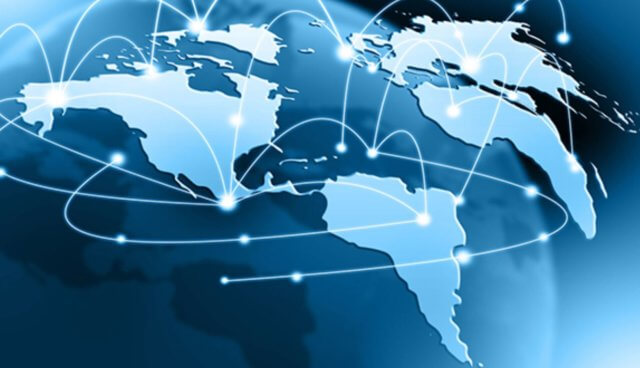 Sending money across borders – whether to friends and family or paying for goods and services – is expensive, cumbersome, highly inconvenient and takes a lot of time. Sending money from one country to another may have gotten better in the age of the Internet, but you will agree that there is still a long way to go before the whole world becomes one village – financially.

Globalization has completely revolutionized possibilities for businesses as an increasing number of individuals and businesses are tapping into overseas suppliers. In the same breath, more people are finding it easier and necessary to live away from home. These two factors have fueled the surge in cross-border payments, and with fintech technologies evolving rapidly, a lot has changed from just a few years ago.

To understand what the future of cross-border payments is, we will first briefly cover present-day options and briefly compare the top cross-border remittance options of tomorrow already in the market.

The most popular international money transfer methods vary depending on where you live. These preferred methods are international wire transfers, credit card payments, and eWallets.

The term wire transfer refers to a method of sending money across borders electronically, often through a money transfer service such as a Bank, MoneyGram, Xoom, or Western Union. In a wire transfer remittance, money is transferred from the bank or credit union to another using an existing network such as ACH, SWIFT, or Fedwire.

For a long time, bank transfers have dominated the international money transfer scene, just as they have dominated every aspect of people’s financial world for decades. International wire transfers, which plainly refers to funds transfers between banks in different countries, are known to be quite cumbersome and expensive.

International wire transfers are often used for large payments due to their high transfer fees that often exceed $50. This option also offers limited traceability since the routing methods may vary from country to country. Wire transfers are also non-reversible, which in itself is a great risk to the sender. This is what makes wire transfers very attractive to scammers.

The main reason that alternative ways of cross-border remittances were developed and prospered in a short time is that banks and companies dominating the wire transfer sector refused to evolve with advancements in communication technologies.

Credit cards are the go-to money remittance option for many people who pay for almost everything using the cards. From the consumer’s perspective, since the cards already play a major role in their financial life, it is only reasonable that it is their first option. All they have to do is enter their card details on to a browser and wait for them to be verified and transaction initiated.

eWallets, or electronic wallets, is a form of electronic payment system that uses a computer or smartphone connected to the internet. This type of money transfer works a lot like a credit or debit card and is often linked to the user’s bank account to make and receive payments. The most popular global eWallets today are PayPal, Stripe, Payoneer, and Skrill.

eWallets rose in popularity fast to threaten old-school cross-border money remittance methods, including wire transfers, bank transfers, and paper checks, because they use the latest technologies to make funds transfer faster and more convenient for the users.

The biggest downside to eWallets, however, is that they attract high transaction fees because, behind the scenes, the money still has to be moved using traditional methods such as bank or wire transfer. This explains why eWallet companies do not always operate globally, and transactions may not be instantaneous in every transfer. Worse still, these companies do not have a clear policy that explains how and why funds may be held.

Blockchain World Wire is an innovative blockchain-based global money transfer solution developed by IBM in an effort to solve all the obstacles in cross-border presented by current methods. The selling point of BWW is that it offers near real-time payment exchange and money transfer in 47 currencies between 72 countries. The company touts it as the first-ever blockchain network that integrates cross-border payments with messaging, fund clearance, and settlement – all in a single network.

Cryptocurrency, the form of money created with the invention of blockchain, may be all the rage today, but unfortunately, people still heavily rely on traditional government-issued money for everyday payment. IBM came up with BWW as a modern-day solution to offer the benefits of cryptocurrencies without forcing people to convert their fiat money into cryptocurrency before sending it across borders.

Blockchain World Wide was created specifically to disrupt cross-border payments. It is a completely new type of payment network that accelerates remittance by revolutionizing how money moves from one country to another. It works by bringing on board different financial institutions and supporting multiple digital assets to encourage financial inclusion globally. The blockchain network on which the platform runs uses a Stellar blockchain protocol to facilitate sender-to-receiver money transfer, effectively cutting out middlemen such as banks and exchanges.

Under the hood, Blockchain World Wide actually remits money as digital assets. The sender’s funds are sent as either cryptocurrencies or stable coins. The term stable coins refer to digital assets whose value is pegged on the value of another currency such as USD or Euro. This conversion is what makes it possible to send money almost instantaneously at no charge.

Bringing banks on board and supporting multiple currencies

When launched, BWW already had the support of some of the major financial stakeholders in the world. Six global banks had already expressed interest in joining the network and issue their own stable coins to take advantage of the benefits of cryptocurrency without severely altering their business modus operandi. Presently, supported currencies already backed by stable coins include US Dollar, Euro, Indonesian  Rupiah, Korean Won, Philippine Peso, and the Brazillian Real.

IBM’s cross-border payment solution wins against current solutions for the simple reason that it is efficient and has the capacity to scale well. By eliminating the need for many intermediaries and removing the bureaucracies in clearing and settlement, the company is setting the stage for a payment solution that gets the world ready for a future of cryptocurrencies.

The payment system is designed to make it easy for money to flow in and out of the blockchain network using gateways such as banks for easier integration with existing payment systems. Banks and other gateways do not need to set up a new infrastructure for their clients to use this money transfer system.

The Stellar Protocol and Digital Assets

The backbone of the Blockchain World Wire is an open-source, decentralized blockchain platform called the Stellar Protocol. This serves as the engine that powers the entire payment platform and facilitates the cross-border payments and settlements. The platform uses its own cryptocurrency known as the Stellar Lumens (XLM). The platform promises the scalability the World Wire will need to process all the payments the world will make in the near future, which is expected to run into thousands every second.

Adopting the use of existing digital assets, including cryptocurrencies and stable coins already in use, adds trust and efficiency as well as improves the system’s simplicity. Since these digital assets already have an ‘agreed-upon’ value, parties transacting save time and costs of the transfer while sending and receiving money. Blockchain World Wire chose to use the open approach in selecting digital assets to use on the platform to encourage financial institutions as well as individuals to use the platform for their everyday payments as well as cross-border remittances.

IBM is not the only company to come up with a potential solution to the serious shortcomings in the cross-border money transfer industry.

SWIFT, which is an acronym for The Society for Worldwide Interbank Financial Telecommunication, was founded back in 1973 as a cooperative organization to promote and develop standardized global interactivity for cross-border transfers. SWIFT is essentially a large network of Banks that uses the old wire transfer techniques to send money from one member bank to another using special codes. Although it has been around for quite a while, SWIFT is still slow and expensive, largely due to the large number of intermediaries and the old technologies it uses to this day.

Ripple was formed to take on SWIFT and become an affordable, reliable, and fast global payment option. Simply put, it was meant to replace SWIFT. Just like Blockchain World Wire, it runs on a blockchain platform and links numerous financial institutions, including banks, to make cross-border payments a breeze. Presently, Ripple operates in over 40 countries across six continents and has recruited over 300 financial providers into its network.

How does IBM’s BWW differ from Ripple’s service?

For starters, Ripple focuses on facilitating payments for financial institutions and not cross-border remittances. Since the company issued its XRP token, it has been the go-to remittance platform for cross-border payments in the world of cryptocurrency and has established an impressive customer base.

Presently, IBM is rolling out a set of APIs that institutions can use to integrate their existing payment systems. The company is also in the process of actively working with regulators all over the world to bring the cross-border remittance platform online in every jurisdiction. The seamless integration of legacy payment systems is expected to gradually phase out the need to use alternative money remittance systems.

IBM is laying the infrastructure required to make their cheap and fast money transfer system available “anywhere and everywhere in the world.” In time, the company hopes, Blockchain World Wide will phase out its rivals, including SWIFT and Ripple’s XRapid platform, to be the go-to payment system for cross-border remittances.