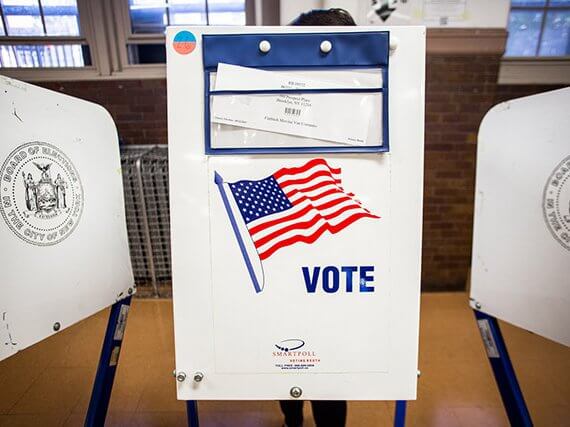 The current world’s state of affairs could use more representation, more equity, and more fairness. From disproportionate distribution of resources to corruption to inequalities to the monopolization of technologies for the benefit of the wealthy, the current system is massively fractured. Unfortunately, these issues get trampled on as people lack a clear voice with which to voice their disenfranchisement.

Voting has always been the way in which we express our preferred choices in issues that matter to us. But that doesn’t mean voting in itself is fair or democratic enough.

Quadratic voting (QV)  is a novel model of voting that places emphasis on how strongly voters feel about an issue, rather than how many of them prefer a particular choice. QV can ensure that the voice of smaller groups is not stifled by the ‘tyranny of majority.’ It can be used in elections, institutions, governance, blockchain-based decision making, and so on.

Why ‘Quadratic’? And How Does it Work?

“Quadratic” implies squared or multiplied by self.

In quadratic voting, each participant is given the same number of credits with which they can use to vote on an issue. The first casting will cost one credit. The cost of additional votes is quadratic, not linear. This means the marginal cost for casting more than one vote is far higher than that for casting one vote.

The formula for quadratic voting is as follows:

Each person is given a maximum of a certain number of credits.

Let’s imagine in this example that everyone is given a maximum of 25 credits. This way, you can vote on 25 small issues, or you can vote five times on an issue that you really care about. In any case, you use all your votes. This will prevent participants with higher buying power from buying the most votes and potentially influence the outcome unfairly.

The idea is that while everyone gets to increase the chances for their preferred issue winning, the quadratic nature of the vote ensures that those who care the most about a particular issue are the ones who will cast the most votes for them.

The History of Quadratic Voting

The idea of QV harks back the 70’s and is credited to Vickrey, Clarke, and Groves (VCG).  While the idea was met with enthusiasm, what’s known as the VCG mechanism was not robust enough to be implemented, and the idea lay dormant for many years.

The current, sufficiently robust QV was rediscovered by Glen Weyl in 2012, who then began working on it with Steven Lalley and Eric Posner.

Weyl has also expanded the idea in his book “Radical Markets: Uprooting Capitalism and Democracy for a Just Society.”

Blockchain – thanks to its immutability, decentralization, and transparency, fits in perfectly with the ideas of quadratic voting. It can ensure a transparent, tamper-proof voting process. But when meshed with the idea of QV, such a process is even fairer.

Weyl linked up with Vitalik Buterin, the creator and Ethereum, and the pair, together with Harvard economist Zoe Hitzig, published a paper titled “Liberal Radicalism: A Flexible Design for Philanthropic Matching Funds. The paper delves further into the idea and illuminates how quadratic voting can help achieve more egalitarian societies.

Application of QV: Colorado Use Case

Quadratic voting was used by Democrats in Colorado to decide which appropriation bills to give precedence.

Legislators were allocated 15 tokens for each to use on their preferred 15 bills. This, however, didn’t work well. They then sought help from Weyl, who explained how QV could provide a solution.

According to Weyl, QV is a solution to the “tyranny of the majority” issue. Traditional voting assumes that every participant cares the same way for an issue, which is mostly not true. In truth, some people care deeply about an issue; others care moderately, while others do not care at all.

In the Colorado scenario, each legislator was allocated 100 tokens. If a legislator voted more than once for an issue, it would cost them one token for each. In this way, legislators were able to prioritize issues that they particularly cared about the most. The Colorado QV experiment was largely seen as a success.

How does Quadratic Voting Differ From Traditional Voting Systems?

In order to get a clearer view of QV, let’s get a look at other voting systems.

Proportional Voting: This voting system seeks to remedy the uninclusive nature of first-past-the-post voting. Here, if 40% of the electorate votes for a particular party, then 40% of seats in the legislature will be given to that party. However, this system of voting is not applicable when binary decisions,e.g., yes or no, have to be made.

Ranked Choice Voting: In this system, each voter ranks their preferred candidates. The candidate with the least amount of votes is eliminated in each round, with their votes redistributed to the rest of the candidates in the next round. Although this model might be fairer, it’s extremely complex and time-consuming.

Quadratic Voting: Quadratic voting is fairly complex too, but arguably, it best fairly represents the interests of small groups of people who care deeply about an issue. By marginally increasing the cost of each additional vote, it disincentivizes people who don’t particularly care about an issue from voting for it. It also allows voters to demonstrate just how strongly they feel about an issue – at the expense of foregoing voting on other issues on the table.

Why is QV Uniquely Effective?

QV eliminates the problem of ‘tyranny of the majority’ and ‘tyranny of the wealth majority.’ The first means that even though a majority of people may vote on an issue, the final result does not necessarily reflect the participants’ wishes since the level of passion for each voter differs from the next.

The second problem means the wealthy minority is better positioned to buy more votes and hence will unfairly skew the vote in their favor.

QV rectifies these potential pitfalls by taking into consideration the strength of each participant’s choice. It also enforces a limit on the number of voting credits so participants can use those credits for the issues they truly care about.

The Drawbacks of Quadratic Voting

As much as quadratic voting is this novel, revolutionary idea, it has its own drawbacks.

First, it’s extremely dependent on identity. For it to function, it needs a reliable identity system. As it is, identity management is already a challenge to implement. In this age of the internet, it’s all too easy to fake accounts, which involves a user trying to exert undue influence on an issue.

Second, the world is moving towards more anonymity. Due to this,  transparent QV will not be suitable for all applications or contexts.

Already, the blockchain has provided a transparent, public, and decentralized platform for collective decision-making. But if we’re to have truly fair processes, that will not suffice. Quadratic voting represents an opportunity to leverage on blockchain and allow voters to express not just their preferences, but the intensity of those preferences.