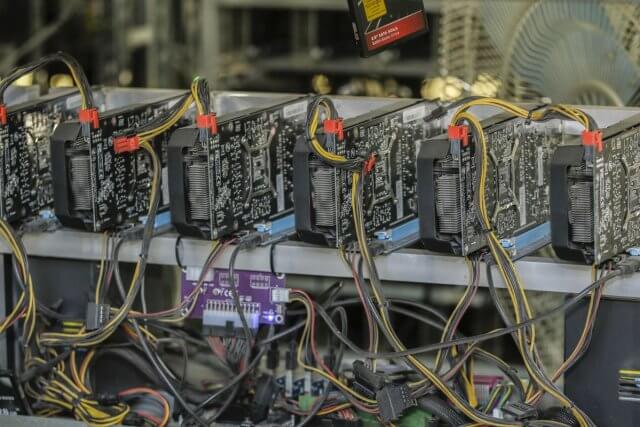 Bitcoin has come a long way from when it was worth less than a penny, when Laslo Hanyecz bought pizza for 10,000 bitcoins. And although like any cryptocurrency, bitcoin has seen its share of wild upsurges and dips. The crypto has since seen a massive rise in value, even hitting the remarkable height of $20,000 in December 2017. And stories are told of the millionaires who made their tidy sum via investing in Bitcoin in that year too.

The point is, Bitcoin has proved to be quite profitable in recent years, and it has attracted more users as time goes by. One of the ways to acquire bitcoins is through mining. Of course, mining here is not in the traditional sense, but rather the use of specialized machines to release new currency.

Mining itself is an entire industry on its own. Right now, we have mining farms set up in several parts of the world to mine Bitcoin. The motivation? Mining rewards, which come in the form of Bitcoins.

With the prospect of earning free Bitcoin (though not entirely free, we suppose), many Bitcoin newcomers naturally wonder where to begin. This article is an in-depth guide into how to set up a Bitcoin miner, along with why you should join a mining pool when you’re all set. Let’s get to it, shall we?

Bitcoin mining is the process through which transactions are verified and added into the immutable and public ledger known as the blockchain. Mining is also responsible for the introduction of new coins into the circulating supply. Individuals who take part in mining are known as “miners” and are compensated with block rewards and/or a fraction of the transaction fees. By mining, miners also protect the network against 51% attacks.

By mining, miners usually make multiple random guesses until one of them finds the right cryptographic hash function that will unlock the next block of transactions.

Setting Up a Bitcoin Miner

Before you even begin thinking about purchasing or setting up a Bitcoin miner, there are two things you should first consider: hash rate and energy consumption of the hardware in question.

Bitcoin mining is known to gobble up massive energy, which costs money. The more powerful the mining machine is, the more power it is going to consume. Before you purchase mining hardware, you need to calculate its electricity consumption in watts. You need to know how many hashes you are getting for every watt of electricity the machine is going to use. To calculate this, take the hash count and divide it by the number of watts.

For example, if the device’s hash rate is 1000 GH/s, and it requires 500 watts of power, it means you’ll be getting 2GH/s per watt. Check your power bill or use an online electricity price calculator to know how much hard cash that translates into. Remember also that you might need to use your computer to run the mining device. Remember too that the computer spends its own electricity as well so you’ll also need to factor that in your calculations.

Bitcoin mining hardware falls into three main categories: CPU/GPUs, FPGAs, and ASICs. Let’s look at each at more depth below.

CPU stands for computer processing unit. A computer is the least powerful Bitcoin mining device. In the early days of Bitcoin, computers were pretty much the only way people mined the currency. But as more miners joined the network, computers were rendered almost useless in the face of more powerful innovations. You can try Bitcoin mining today using your CPU, and you can spend a decade at it without earning anything.

Many miners integrated graphical processing units (GPUs) into their computers so as to enhance their hash rate. GPUs are a feature of graphics cards, which are designed for heavy mathematical lifting in video games – which makes them particularly great at carrying out the arduous task of making multiple random guesses per second to add blocks on the blockchain.

Graphics cards can be expensive – going for hundreds of dollars, but they have a significant advantage over CPUs. For instance, an ATI 5970 graphics card will give you over 800 MH/s, while CPUs will provide less than 10 MH/sec.

One of the advantages of GPUs is they can be used to mine a variety of other cryptocurrencies other than Bitcoin. Unlike ASICs, which we’ll be looking at later, GPUs are not specifically designed for any particular currency. However, just like CPUs, GPUs have long been phased out by more powerful mining machines. These machines have been created specifically with Bitcoin mining in mind, and as you can imagine, they represent quite formidable alternatives to GPUs, which can’t stand a chance.

An FPGA is an integrated circuit that’s configured after being built. This means a mining hardware manufacturer can buy a lot of chips and customize them for Bitcoin mining before arranging them into complete equipment. Since they are customized for mining, FPGA devices provide miners with better performance than CPUs and GPUs. While let’s say, a 600 MH/sec graphics card can consume up to 400 watts of energy, a typical FPGA mining device can use 80 watts and produce a hash rate of up to 826 MH/sec.

ASICs are machines designed for one sole purpose: mining Bitcoin. ASICs offer 100 times more hashing power than previous technologies and with considerably less energy consumption. Some industry experts consider ASICs to be end-of-the-line technology, since they’re the most effective and powerful as yet, and there doesn’t look to be a replacement for them at least in the near future. Since these chips have been created for one purpose only, they are quite expensive and time-consuming to manufacture, but the speed is unmatched. Some ASICs can provide up to hundreds of gigahashes per sec. An ASIC can cost anything from $50 to thousands of dollars, depending on hashing power.

Before settling for any mining device, it’s necessary to calculate its potential mining profitability. There are several online calculators that can help you do this. Some of the best options include one from The Genesis Block or the BTC Mining Profit Calculator. Factor in parameters such as the cost of equipment, hash rate, energy consumption as well as the prevailing Bitcoin price. This will help you figure out how long it will take for your investment to pay off.

Once you’ve identified your hardware, there are a couple more things to do.

You will also need mining software for your ASIC miner, but some modern versions are being shipped with everything in place, including a BTC address so that all you need to do is plug it into an outlet and get to working.

The next thing you’re going to want to do is to join a mining pool. Why? Because a mining pool gives you a better chance to cash out. Once you enter the world of crypto mining, you’re in competition with huge companies with entire mining farms. So, it’s more beneficial to join a mining pool than going solo. In a mining pool, multiple users contribute their hashing power towards the effort of generating a block. If the pool successfully mines a block, the rewards will be distributed to the participants in the proportion in which they contributed processing power.

With this guide, the intricacies of setting up a Bitcoin miner and which miner to go for shouldn’t be a mystery anymore. Of course, as with anything with crypto, doing your own research before settling for anything is always recommended.