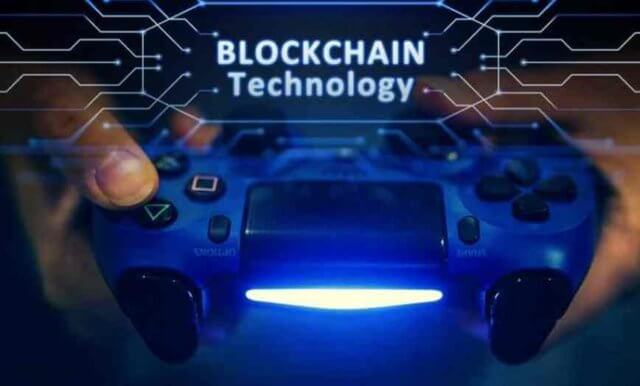 Revenue from the gaming industry is projected to increase from $135 billion to over $300 billion by 2025. As has always been the case, the industry relies heavily on new technologies to propel its growth. With blockchain technology finding use across various industries, the gaming sector is banking on this technology not just to increase the industry’s revenue but also to improve gamers’ experience. Besides, with the rise of eGaming, this is the best time to integrate blockchain in the gaming industry in anticipation of the crypto-market maturation.

Advantages blockchain has in store for the gaming industry

i) Improved Transparency and Decentralisation

Though fairness is of utmost importance with any kind of game, it matters, even more when you’re playing for money in games such as online casinos and sports betting. As a player, you need to be certain that the results of the game aren’t manipulated in any way.

Thanks to blockchain’s immutable nature, crypto-based sports betting sites and online casinos boast high integrity since all game proceedings are made public for players to verify. Most importantly, the technology itself isn’t controlled by any central authority. This goes a long way into ensuring that gaming companies cannot know game results, for example, the dealing of a particular card.

It should be noted that these advantages aren’t confined to online gambling only. Online multiplayer games such as multiplayer online battle area (MOBA) and War Riders have also benefited from blockchain technology. These games usually award prize money to the best team of players. In such cases, blockchain can be used to guarantee fair-play.

For quite a long time now, virtual gaming assets in battle royale games have been under the control of game developers. The players are only allowed to purchase the assets and use them to advance their play, while the developers have the power to change or remove these items as they wish.

Blockchain is, however, shifting game-asset ownership from the developers to players. The technology has successfully been employed in games such as Gods Unchained, where ownership of the gaming assets is transferred to a gamer through smart contracts. Of course, certain conditions have to be met first before a player can take up ownership. These conditions include purchasing assets or completing certain levels.

As a result, players now have the freedom to auction, rent, or sell their gaming assets for fiat currencies. This new form of liquidity attracts more players, increasing revenue for game developers while rewarding players at the same time.

For most online gamers, there is a constant concern about privacy and the safety of personal details, especially when purchasing game assets or funding your online casino wallet. The same can be said about game developers whereby lack of online security means that fraudsters can easily counterfeit gaming assets and sell them off – decreasing the value of all other assets.

These problems can be mitigated by blockchain-based games that offer high security and privacy protection. As such, all payment details made by the players are encoded by the cryptographic protocol, protecting players’ privacy. Equally, the gaming items are secured, meaning their value is protected since fraudsters can’t counterfeit any item.

By linking in-game data to the distributed ledger, gamers can trade their items between different games. Also, they can recycle their gaming assets while experimenting with their characters on different games. Of course, this can only happen on games sharing the same blockchain network where the gaming items are represented by similar digital tokens.

The exciting world of blockchain gaming has a lot to offer, but it faces several obstacles, most of which are related to the underlying protocol.

Cost: There are transactional costs that come with completing certain functions in a blockchain-based game. For instance, buying gaming items or upgrading a character. However, negligible these costs may seem, they do compound to significant amounts over time.

Speed: Most of the blockchain games in the market right now focus on using the technology primarily for asset creation and regulating asset trading. If a game was to incorporate the technology in all its functionalities, it would be too slow for any quality gaming experience. Even the few games that run completely on the blockchain may not be appealing to players who value high-quality graphics and elaborate gaming experience.

Scalability: Irrespective of the industry, scalability has always been the biggest problem facing blockchain. In the gaming industry where numerous transactions take place all at once, the current blockchains don’t have the capacity to support such a load. This explains why blockchain games are inherently slow and even expensive to run. If blockchain games are to achieve mass adoption, the technology needs to be enhanced to handle the increased transactions.

Competition: Judging from the current landscape of the industry, blockchain games are mostly developed by small independent groups, usually known as indie games. These groups face stiff competition from well-established gaming companies who haven’t shown any interest in adopting blockchain.

The big companies control a wide share of the market, so it’s hard for indie games to penetrate the market and pioneer the adoption of blockchain gaming. Hopefully, with blue-chip gaming companies such as Ubisoft, who are planning on experimenting with the technology, blockchain gaming has a shot at going mainstream.

Blockchain is an ideal solution to some of the challenges facing the gaming industry. From ensuring fairness, improving gaming economies, to decentralizing the gaming experience, the technology is set to revolutionize the industry. With time, some of the hindrances standing in the way of blockchain gaming systems might be solved as the technology matures. Besides, it was developed about a decade ago, meaning it still has a lot of time to evolve and solve its own problems.