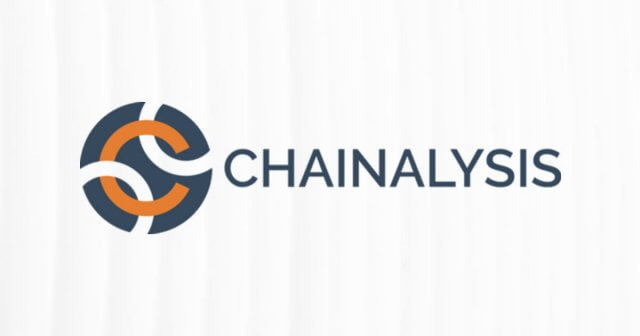 Since the inception of cryptocurrency tech, cybercrime has spiked in the space tremendously. And with cybercriminals devising methods every day to obtain crypto illegally, companies and individuals are seeking solutions to protect themselves and their funds. Even governments are pumping a lot of resources into cracking down on such individuals.

As the saying goes, there’s a reaction to every action. As crypto crime intensifies, other forces are working to counteract the trend. One of the most visible of these is Chainalysis, a blockchain analytics company that harvests and analyzes crypto-related data by studying the history of blockchain transactions.

The birth of Chainanalysis resulted from one of the biggest crypto hacks in history – Mt. Gox, which resulted in the loss of around 650,000 Bitcoins worth around $500 million then.

Michael Gronager, CEO and founder of Chainanalysis, decided to create tools to prevent or mitigate such losses in the future. In 2017, Jonathan Levin – Chainanalysis co-founder, confirmed that Chainanalysis had tracked down 650,000 stolen Bitcoins to BTC-e. This successful case skyrocketed Chainanalysis’ reputation as more and more entities began approaching the company.

Chainanalysis received its first government contract in 2015 when the FBI paid $9000 for data software services from the company. The recent spike in criminal activities within the crypto world has prompted the federal agencies to invest more money in Chainanalysis. Today, Chainanalysis is receiving contracts from 10 U.S government agencies willing to pay millions of dollars for their assignments. According to CoinDesk, federal agencies have spent $10,690,760 in American tax dollars on Chainanalysis tools and training since 2015.

Criminals worldwide have taken advantage of crypto to engage in illegal activities. These criminal cases surged from 3.5% in 2016 to 7% in 2017. In 2018, according to Cointelegraph Group-IB, CipherTrace and Carbon Black reported that hackers had stolen cryptocurrencies amounting to $1.1 to $1.7 billion. Out of this amount, $960 million had been sourced from exchanges.

In September last year, losses from cryptocurrency hit a whopping $4.4 billion,  per CipherTrace. This was a 150% increase from the year 2018. A report compiled by Chainanalysis indicated that cryptocurrency criminal activities spiked from 0.04% in 2018 to 0.08% in 2019.

A more recent report presented in June by CipherTrace shows that crypto criminals are still finding new ways to accrue wealth illegally. In July, hackers posed as President Obama, Bill Gates, and Kanye West on Twitter and convinced followers to send $1000 in Bitcoin with a promise of accruing $2000 in return. They milked this scheme for a while before getting shut down, but not before accruing Bitcoins worth $100,000.

Bitcoin’s pseudonymity makes it harder for stolen crypto to be tracked. Therefore, tracking these transactions is tedious and, at times, impossible. This fact makes Bitcoin more appealing to criminals. The European Union Agency for Law Enforcement Cooperation has flagged Bitcoin as the most popular cryptocurrency used for criminal activities.

While tracking the movement of thieves is fairly simple, tracking the money movement is not as easy. The criminals are usually aware that their movements can be traced.  To ensure the stolen money is not recovered, these criminals transact to the targets of hundreds and thousands within a short time. According to Chainanalysis, some criminals have a plethora of wallets that they use to move their illicit money back and forth. Some of them use the ‘mixer’- software that can break Bitcoin into smaller pieces and then ‘mixes’ it with other people’s transactions. In the end, the criminals acquire the same amount they put in but not the same Bitcoin.

When Gronager was starting Chainanalysis in the year 2014, his main idea surrounded the creation of a tool capable of combing through public blockchains to track down stolen money and suspicious transactions.

The blockchain records all the transactions made using crypto coins. The tools designed by Chainanalysis can go through these records and trace Illicitly acquired funds.

More intricately, Chainanalysis identifies the flow of transactions of a known address to an exchange and then notifies the exchange that they have received illicit funds. In other instances, Chainanalysis can notify law enforcement when they identify a suspicious address transferring Bitcoin to another address. It gets easier to nab the thief if the recipient address happens to have posted their wallet address on any social media platform.

The Kryptos tool invented by Chainanalysis is used by financial institutions to establish whether some cryptocurrency businesses are genuine or not. Another popular tool from Chainanalysis is the Know Your Transaction (KYT) software. This software is used by various entities such as law enforcement agencies and crypto exchanges to trace illicit cryptocurrency transactions.

On the other hand, Reactor is the most widely used tool.  This tool, also by Chainanalysis, is used by agencies to trace cryptocurrency movements across a blockchain. Additionally, the Reactor also flag addresses that are involved in shady activities.

The Downsides of Chainanalysis

Since the allure of privacy is what draws in most cryptocurrency investors, there has been concern over the close relationship between governments and Chainanalysis. Simply put, Chainanalysis undermines the privacy promise of cryptocurrency.

Crypto crime is dwindling with Chainanalysis tools, closely watching the movements of Illicitly acquired funds.  Chainanalysis estimates that the total fraction of cryptocurrency transactions heading to the dark web has significantly fallen since they started their company in 2015. Will this trend continue, or will we see crypto crime surge again? That seems unlikely.