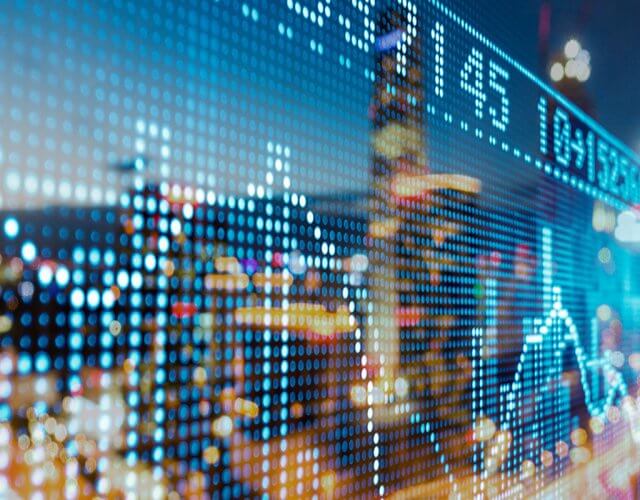 Ever since cryptocurrency and blockchain first captured mainstream attention, the entire space has been met with a lot of skepticism and hostility. Much of the distrust has come from governments and central bank regulators who are afraid of losing influence over their economies, particularly the financial sector.

They have, therefore, moved to exert regulations on the sector. Despite the cold reception, blockchain’s numerous benefits and decentralized nature have made it hard to censor for the government.

Capital markets, being a complex system where transactions involve buyers, sellers, brokers, and additional third parties such as liquidity providers, can benefit immensely from the blockchain as a distributed ledger system. Besides securing data, the technology also supports smart contracts that allow for the automation of processes such as payments and moving of collateral.

Benefits of blockchain solutions in the Capital Markets Trade Cycle 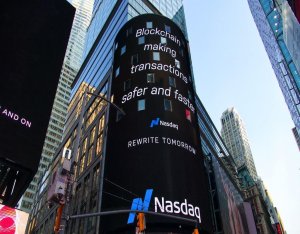 Financial institutions are the direct beneficiaries of blockchain solutions in the capital market since they are the most significant players in the industry. At the same time, these benefits have a ripple effect on the entire capital markets ecosystem, and so does the improved efficiency it brings along.

Here are some of the most significant benefits:

Trade settlement in the current capital markets’ ecosystem is considerably technical, as evidenced by the swap contract transactions between banks in international trader settlements.

Blockchain-based smart contracts can help to automate trades by releasing settlements only on the condition that the financial details of the banks involved match. Its adoption will help reduce costly errors from the manual processing of settlement instructions.

In the case of transferring securities from seller to buyer, smart contracts act as a more advanced ‘if-then’ statement from Excel. As such, the transaction will only be completed if certain conditions within the agreed-upon contract are satisfied. Blockchain not only eliminates the broker fees involved in the process but also protects the two parties from fraud risks. Moreover, the sheer accuracy of smart contracts eliminates reconcilement issues that often arise when transactions aren’t properly executed.

Trade between financial institutions, also known as swaps, consists of trading limits placed by the government mainly for taxation purposes. A limit can also be placed on trades involving other assets such as derivatives, options, and debt capital markets transactions.

Violation of these trading limits often results in costly fines, as was the case with JP Morgan Chase Bank in the infamous London whale trade. The bank was fined $920 million, which caused its stock to fall from $45 to $31 before eventually recovering.

While the bank didn’t intentionally violate the trade limit, lack of effective internal risk and accounting controls allowed traders to take larger trade positions without the consent of senior managers.

With a distributed ledger and a series of smart contracts, the bank could have maintained compliance with the trade limit laws. Trades over the pre-determined limit could be reversed or blocked if and when they threaten to violate the terms of the smart contracts. The trade infringements could then be detected and reported early enough – saving the bank the subsequent fines and reputation damage.

Assessing a clients’ creditworthiness is essential in ascertaining whether or not they can be approved to trade the capital markets with a financial institution. The same applies to loan issuance processes where an individual’s credit rating determines such aspects as their eligibility and interest rates.

The use of blockchain in this niche could help create a shared ledger that acts as a central database that is accessible to authorized institutions. Blockchain could facilitate a near real-time communication system, allowing involved parties to take appropriate actions.

For instance, if the credit rating of a client deteriorated while having an open financial contract with a capital markets trading desk, an instant notification will be communicated between the trading desk team and credit risk officers. As a result, the shared ledger would eliminate the current inefficiencies associated with traditional credit risk assessments – improving the overall business processes. Additionally, the combination of blockchain as an immutable database and machine learning for automated risk assessment would greatly improve the accuracy of credit score ratings.

Trade malpractices, especially in the securities market, can sabotage the growth of the entire market if left unchecked. Currently, the traditional measures put in place by security exchanges to curb illegal trades such as insider trading are not effective and cannot detect these illegal activities before they happen.

The use of blockchain solutions brings in transparency in equity trading. As such, it makes it easier for market regulators to detect irregularities such as artificial pattern trading, thus safeguarding the integrity of the entire equity market.

All financial institutions are required by law to have an in-depth knowledge of their customers’ personal details before offering any services to them. This concept is known as know your customer (KYC) and is closely related to anti-money laundering (AML) – with both designed to curb financial crimes such as tax evasion.

The cumbersome paperwork and long durations involved in the process could be reduced or eliminated using a decentralized and immutable database. Additionally, this ledger system can help tie investors’ real-world identity to an on-chain wallet address, which in turn can help institutions restrict security/IPO trading to investors who have not been properly vetted.

Asset tokenization is the creation of decentralized digital assets that can later be traded. Both tangible assets, such as property, automobiles, and paintings, as well as less tangible assets such as bonds and securities, can be tokenized on a blockchain network to maintain an immutable record of ownership.

Tokenized assets are faster to trade at more affordable transaction costs thanks to the automation process of smart contracts. Moreover, assets in a tokenized form are more accessible and liquid, making it easier for financial service providers to facilitate efficient asset trading.

It’s evident that blockchain has a lot in store for the capital markets and the financial sector as a whole. Of course, the adoption and implementation of this technology will be a gradual process owing to the intricate nature of capital markets. It will require financial service providers to define the technology’s entry point based on adoption feasibility and cost-benefit analysis.