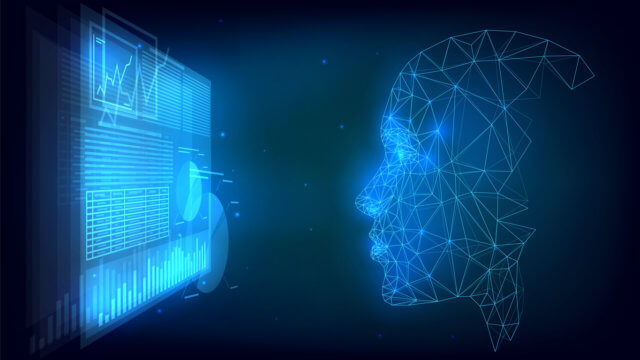 About 10 or 11 years ago, the world couldn’t have foreseen a new class of digital currencies that would threaten to upset the global financial order. As of now, cryptocurrencies are firmly the leading tradable asset – overtaking others that were since the beginning of trading. And a cryptocurrency that’s not even out yet – Libra, sent economic experts into a panic mode as they decried the influence it would have on the world’s finance system.

While those are positive highlights, the cryptocurrency industry is encumbered by challenges that might curtail its mainstream success, at least in the short run. Also, crypto, as we know it now, is primarily driven by investor speculation and trading. We’re still far from the day when we can use it to pay for coffee in the drive-thru.

So what is the future of cryptocurrencies? What developments are we likely to see in the space in the coming years? And the seemingly outdated but still relevant question: should you invest in cryptocurrencies?

Cryptocurrency is an internet-based currency that uses cryptography to secure and facilitate transactions. Cryptocurrencies utilize blockchain technology to achieve decentralization, transparency, and immutability. Cryptocurrency came into life with the creation of Bitcoin in 2009. The crypto was a slow burner up until April 2013 when it peaked at $266 after surging ten times in February and March of that year. From then on, the media and the Investment community started taking notice.

Bitcoin has gone on to achieve the record high of $20, 089, but like any other cryptocurrency, it is subject to wild price swings, and as such, a stable price for the crypto is very rare. Bitcoin’s success has inspired thousands of more cryptocurrencies – some falling by the wayside, others achieving remarkable success. Currently, there are more than 3000 cryptocurrencies in existence. And cryptocurrency has proven to be a formidable force in the trading and investment world, leading other asset classes last year to be the best performing asset class in 2019.

Will cryptocurrencies dethrone traditional currency and go mainstream? Will it become ubiquitous one day? Or is it just a fad?

Let’s look at developments that are likely to unfold:

i) From Investment to Utility

In the last decade, cryptocurrencies were used mainly for speculation and investment. Trading was the main activity driving the use and existence of cryptocurrency. This will not change at least in foreseeable years, but it’s highly likely that we will start to see the use of crypto for non-trading activities such as staking, borrowing, lending, payments, commerce, and so on.

The cryptocurrency features of decentralization and anonymity have made it the go-to currency for illegal activities such as money laundering, weapons procurement, drug dealing, trafficking, smuggling, and so on. This has put it in the spotlight of regulatory and government agencies.

Cryptocurrency is already regulated in regions such as the European Union, while other countries like China have banned it outright. However, even with jurisdictions that have taken steps to regulate it, there isn’t a consensus on how to do so. Some regulations target crypto exchanges, while others intend to control trading.

There is a split in opinion on the ramifications of regulating cryptocurrencies. Some countries believe that clamping down too hard on cryptocurrency will stifle innovation – prompting them to take the more cautious approach of watching from the distance but also stepping up to curb illegalities such as phony ICOs and crypto Ponzi schemes.

Stablecoins are a new class of cryptocurrencies that are backed by real-life assets such as fiat currency. Stablecoins are meant to offer some price stability and mitigate the volatility of cryptocurrencies. Since they are backed by real-world currency, it means they are cushioned against the price swings of normal currencies. These price swings render cryptocurrencies unsuitable for day-to-day use as a medium of exchange. Stablecoins aim to offer the best of both worlds – the security, privacy, and fast transactions of crypto, as well as the volatility-free use as a means of payment.

Some stablecoins have already entered the crypto fold, including Maker coin, Gemini dollar, and Tether. Libra is yet another stable coin that’s slated for release this year. Libra, for one, is notable since it’s a project spearheaded by Facebook, which has over 2 billion users across the globe. Due to the massive user base, the release of Libra would shake up not just the crypto world, but the world economy as we know it. This explains why its announcement was met with ire by financial bodies and regulators – with the argument that it would threaten and undermine the global financial system.

Already, we’re seeing scaling solutions such as SegWit, the Lightning Network, Rootstock, and so on. These technologies differ greatly in the way they function, but they’re all geared towards the common goal of improving scalability on the blockchain. We’re likely to see more cryptocurrencies adopting these technologies, possibly putting them toe to toe with the traditional payment models.

Challenges, and the Future

While cryptocurrencies have their revolutionary qualities, they also have their own limitations. For example, a crypto holder can lose their fortune through a computer crash, loss or damage of their physical crypto wallet, or their virtual wallet being hacked. This is a problem that can be solved through technological advances in the future.

What may be harder to solve is the curse of stricter regulation and intensified scrutiny that hangs over cryptocurrencies, the more they proliferate. This threat may slow down the advancement of this space, and undermine the very premise of their continued advancement or even existence.

Also, businesses across the world now accept cryptocurrencies for transactions, but that number is still very much in the minority. If cryptocurrencies are to achieve mainstream recognition, they first have to find widespread use among populations. But remember that they have a complexity to them that may deter their widespread adoption.

For a cryptocurrency to become part of the global financial club, it has to satisfy certain criteria. First, it will have to be just mathematically complex enough to deter fraud, but be easy to understand at the same time. It would also need to be decentralized to enable peer-to-peer transactions without third-party interference, but also be secure enough. Again, it would need to safeguard the privacy and anonymity of users without being a conduit for financial crime and nefarious activity.

Should You Invest In Cryptocurrencies?

Cryptocurrencies, as anyone in the crypto community knows, can be a lucrative venture. Stories are told of crypto millionaires who struck luck by investing in the asset. That doesn’t mean you should dip both your feet in the water. Cryptocurrencies are a remarkably speculative asset class – with unpredictable price swings, and your money can be wiped away overnight if you are not careful.

For instance, Bitcoin famously once plunged from $260 to about $130 in 6 hours. If you’re more of a conservative investor who doesn’t find thrill in that nature of volatility, you probably should look for more stable or predictable kinds of investments.

It’s hard to picture what the future of cryptocurrencies looks like. The technology itself is self-limiting in certain ways – like being too complex for much of the hoi polloi. Regulation is another threat that hangs over it all the time.

But going by the explosive success the industry has achieved in ten years since Bitcoin, including trouncing other asset classes, we simply can’t know what to expect. The crypto scene is highly dynamic, and things are constantly changing. What’s certain is that the future of cryptocurrencies holds a few more surprises.