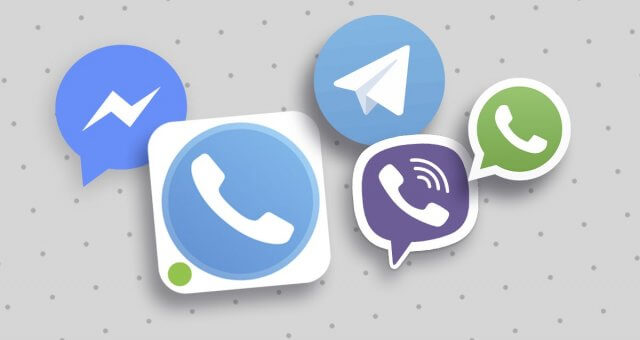 We live in times when personal privacy and security have never been more prized. And this is because we live in a digital age where anyone with enough resources can track your communications and whereabouts at will. Governments are particularly notorious at this. It’s not uncommon to find a government is peeping into the private communications of its citizens. It’s even worse when you’re considered a dissident in an authoritarian regime.

There’s also the issue of cybercriminals and extortionists who are looking for loopholes or embarrassing information in private communications to blackmail people. Or they may threaten to expose your sensitive data such as credit cards, social security info, bank info, email passwords, or medical records – if you don’t pay up.

Everyone deserves privacy and the freedom to live without being spied on. Some apps, such as WhatsApp and Telegram, have stepped in to provide users with secure and encrypted messaging. But these apps have a centralized architecture, meaning the companies maintain control of the servers. As such, users can never really be absolutely certain whether their communications are indeed safe or not.

This is where blockchain comes in. Blockchain enables a decentralized, cryptographically encrypted, and peer-to-peer messaging platform that’s not just safe, but also free of the whims of governments.

In this article, we’ll take a look it’s some of the best decentralized messaging apps out there today.

Co-founded by Mark Cuban, Dust is a blockchain-based texting app developed by Radical App. The app’s main attention points are privacy and security. Dust’s distinction from the rest of many privacy-focused apps is a timed self-erasure of messages which occurs after 24 hours. You can also unsend any message at any time. It even notifies you when a person on the other end screenshots your conversation.

As is to be expected with privacy messengers, conversations on Dust are end-to-end encrypted and not accessible by anyone, including the developer team. Also, you can delete messages from another user’s phone in real-time. And once a message is gone, it’s gone.

Sense Chat is a fast and decentralized texting app that runs on the EOS blockchain. The app has several interesting features that are traditionally lacking in messaging apps. From chat channels where users can indulge on a number of topics, to peer-to-peer video chats, to content creators (who, by the way, can be tipped by other users).

Founder and CEO Crystal Rose Pierce said this about the app: “SENSE is building blockchain communication tools for everyone. We see Sense. Chat being integrated into any EOS dApp with a community. We’re building tools for content creators, community managers, token holders, and game players.”

The app uses a peer-to-peer verification system that allows users to secure the system, avoid scams, and single out fake accounts. You can even earn SENSE, a cryptocurrency, by being active in the community and inviting others.

Crypviser is a secure messaging app that lets users send and receive messages on an automatically encrypted blockchain platform. The app seeks to eliminate man-in-the-middle (MITM) attacks so that no party can sneak in into your text messages or audio or video calls.

It’s impossible for anyone to attack your messages since encryption keys are distributed, in a truly decentralized fashion, across several nodes on the blockchain.

On Crypviser, you can share as many files as you want without any size restrictions – something that’s common with most messaging apps, including WhatsApp and Facebook.

Also, Crypviser features a “Screenshot and Data Forward Control feature,” which prevents anyone from screenshotting, forwarding, or copying your text messages. There is also the option of hiding your chats with particular contacts by enabling a password that will hide the conversations between you and the said contact. And lastly, users can set a time for messages to self-destruct on both ends at a determined time.

Status is a decentralized messaging app based on the Ethereum blockchain. On the app, you get to have complete control over your information. The app protects not only your data but also your metadata – ensuring the ultimate privacy.

Status is also more than a messaging platform. It comes with a cryptocurrency wallet that allows you to send and receive cryptocurrency. You can even interact with Ethereum-based decentralized applications (DApps), play games, and more.

Sylo is a decentralized messaging platform that also doubles as a cryptocurrency wallet. It allows you to “keep your assets, your contacts, and your conversations all in one place.” Sylo operates on a decentralized platform, affording you top-notch privacy and security. All communications are end-to-end encrypted, and the developers neither need nor access your data.

The platform is also equipped with a host of DApps that you can interact with, and even unlock a whole world of premium features with the protocol’s tokens known as SYLOs.

SYLO says there’s no ‘big brother’ watching your activities, and you don’t need to provide your email or phone number to set up an account.

Using the platform, you can search and add any ERC20 tokens and even custom-create your own tokens. You can even check your crypto balance at any time in your preferred currency. It currently supports the following currencies: USD, NZD, EUR, JPY, AUD, CAD, KRW, SGD, INR, and GBP.

BeeChat is a blockchain-based messaging and DApps platform. The app saves encrypted data on the blockchain, ensuring no one can access your messages since the encryption keys are distributed across multiple nodes on the network.

The app supports a cross-chain function for both Ethereum and EOS, meaning you can selectively store your data on either blockchain. It also supports the Telegram protocol, which enables Telegram users’ contact to automatically match to BeeChat. Users can even host a chat of thousands of users using the messaging and video chat functionalities.

Tox is a free, encrypted, and open source messaging platform that allows you to have private conversations. It’s decentralized, meaning it cannot be attacked, shut down, or made to turn over data by government, regulatory, or law enforcement agencies. It also means server outages are a thing of the past.

Tox wants you to know that it’s completely free – both in price and free as in freedom. As it says on the website, “There are no corporate interests, and no hidden agendas.” Being open-source means that you can modify, use and share it – because it’s made “by the people who use it – people fed up with the existing options that spy on us, track us, censor us, and keep us from innovating.” Tox also supports limitless file sharing, so you can share whatever size of media files with your family and friends.

Blockchain comes to the rescue again, this time on private and secure messaging. And thanks to the ingenuity of smart developers out there, private messaging seekers now have an impressive variety of messaging platforms to choose from. And in keeping with the decentralization theme, some even come with the extremely timely feature of peer-to-peer transfer of money. What’s not to like?