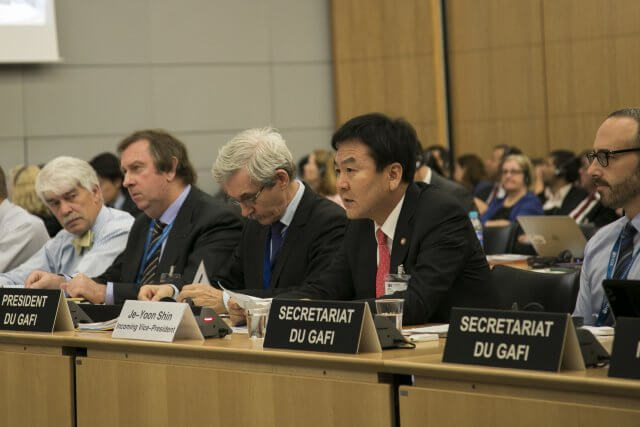 The Financial Action Task Force (FATF) met on Wednesday (June 24th) to discuss a wide range of topics, from anti-money laundering and counter-terrorist financing, as well as the ‘travel rule’ that was instituted last year. It was the first time that the FATF meeting was held virtually.

Why Is the Meeting Relevant to the Crypto Community?

The crypto community took notice of the meeting because of the ‘travel rule’ that requires virtual asset service providers (VASPs) to collect and share customer information (both originators and beneficiaries) as part of an effort to combat cryptocurrency-related crime.

The plenary meeting would give FATF member states room to report on progress achieved so far in the implementation of the rule. Elsa Madrolle, the General Manager of International of CoolBitx, a blockchain solutions company, told CoinDesk that the majority of member states have yet to implement the guidelines. “Since the FATF published its guidance last year, out of the 200+ countries that comprise of the FATF’s member jurisdictions, only around 10% of regulators have published frameworks and legislation fully aligned with the new guidance.”

Siân Jones, a senior partner at virtual assets consulting company XReg Consulting, told the publication that countries such as the US, Europe, Switzerland, and Singapore will be recognized for progress in crypto, as has the industry generally.

The Implications of the Travel Rule

As more countries implement the travel rule in the future, the crypto community will be asking what implications this has for the crypto space. Blockchains and cryptocurrencies were created to embody the ideals of decentralized finance – a system that’s anonymous and free of government or regulatory agencies’ censorship.

Crypto publication magazine Forkast News spoke to several experts to get a clearer understanding of the ramifications of the rule. Associate professor of management at Stetson University, Jon Carrick, believes that this regulation might actually be a good thing for the industry in the long run. “Now that cryptocurrency has become more mainstream, most users will not be upset; in fact, many might like knowing that the currency is being regulated. In fact, the regulation could give cryptocurrencies more credibility, which could make more people comfortable in using it.”

Carrick belongs to the school of thought that for crypto to be widely adopted, it has to make some concessions. Some of these include trading some of its independence for mainstream acceptance.

For now, the outcomes of the FATF meeting remain in closed doors. But the crypto community will be watching to see what ramifications they have on the crypto space.