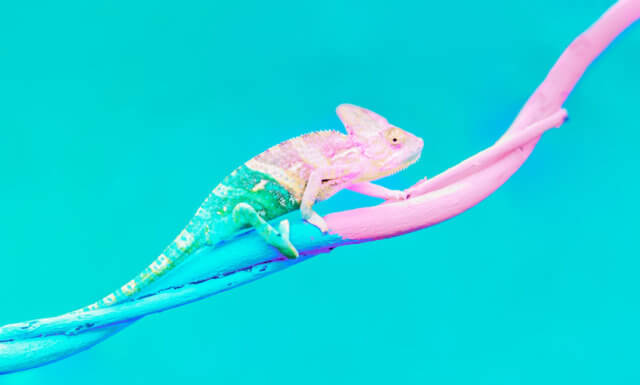 From its very inception. the FX market was devised to guarantee that market insiders had an important advantage over retail traders. Because of the nature and lack of regulation, the FX market is, essentially, an unfair market for retail and non-pro players.

Agustin Silvani, the author of Beat the Forex Dealer, explains in his book that since information is vital to succeeding in this market, “A player’s positioning on the FX food chain depends on his/her access to information and speed, and with no central clearing exchange, it can be difficult for nonprofessionals to gain access to this information and come up with an accurate view of the market.”

He also states that practices deemed illegal in traditional financial markets are regarded in the FX field as part of the game. Practices such as insider trading, front running, and price shading (adding pips to the current price if in an uptrend or subtracting them on a descending move) are commonly seen in FX with no legal repercussions.

There is no government or central trade book to compare trades, so large institutions are free to do whatever they want to their customers. An FX broker or dealer can quote any price it wishes.

If big banks were a car factory, an FX Dealer would be the salesman, selling the banks’ production. Hence, you need to understand how FX dealers make money to adapt and succeed.

The dealer’s primary axiom is markets rarely move one-way only, especially in intraday timeframes, which are ranging 80 percent of the time. That means dealers, having bug pockets, will fade strong move, knowing that the price will eventually come back and make a profit. Sometimes they can lose money, but having deep pockets will help them stand considerably more than customers that are deep in the margin. That means that most of the time, the dealer takes the other side of its customer.

The Stones on the Road

The FX market is not a centralized market on which the traders have direct access to a general order book. Therefore quotes are subject to manipulation, and traders trusting just the price shown on its MT4 chart cannot be sure if the price is fair or sharded.

Many retail brokers boast about their leveraging ratios as if it were an advantage to traders. Instead, overleverage is the main reason for the blowoff of traders’ accounts.

Trading against its clients

This practice is widespread among unscrupulous retail dealers. Retail trade sizes are small to be directly sent to the FX mainstream flow. Thus the broker takes the other side of the trade. The broker may wait for enough flow to send it out or simply hold the position and effectively trade against their customers. No dealing desks are the same, but dealers replaced by computers.

Some retail brokers not only do sharding, encourage overleverage and trade against their customers, but also deny services, complicate trade executions, and finally throw our successful traders since they feel they lose money against them. Cases of denial of withdrawal after successful growth of an account were common on the binary options broker business, but also some examples of allegedly Australian-regulated FX brokers happened. Fortunately, these cases are not the general rule, and there are plenty of fair brokers to choose from.

How to Fight Back

Keep detailed records of your activity

If a trader finds the order is not rightly filled, it must show evidence to the broker. The lack of evidence can defeat a legitimate claim.

Take screenshots of all your trading actions, entries, exits, and any important market activity like strange price spikes not seen in your second data feed.

Check the costs of trading

Sometimes, in some trading pairs, the costs of trading are so high that it takes for hours of activity just to cover the costs. Be smart and don’t trade illiquid and high-spread pairs.

Use your trading platform only to enter and exit your positions

Do not overleverage. We have already said it in our past articles. Don’t be impatient and limit your risk to a percent of your account. Start by 0.5 percent on each trade. After you have the feeling about what that means in terms of drawdown, move it up to 1 percent and, again, see what does it feel, especially on losing positions. If, after some time, you feel you can withstand more drawdown, go on and move it to 1.5 percent and repeat the process.

How much drawdown can be expected?

That depends very much on the percent of losers of your system and the risk size. As an example, if your system is right 60 percent of the time, it is wrong 40 percent of the trades. Typically, there is a 0.01 percent chance of ten consecutive losses. Thus, if we consider ten times the usual risk our max drawdown, we see that 0.5 percent risk on each trade would result in a 5 percent max drawdown, whereas, 1.5 percent risk would mean a trader will sometimes withstand 15 percent drawdown.

Consider leverage as a tool to adjust your position, but also is the leading cause of failure on FX. Thus limit your trades to 5X leverage on any position.

Trade multiple uncorrelated pairs, so losses in one lot can offset the risk in another one.

Use technical charts as a guide to where the price goes, but take into account what we have said at the beginning of this article: learn how your broker makes money. Think. 80 percent of the time, the intraday market move in ranges, so look for overbought and oversold prices and fade.

Let the market tell you the way. Use mental stop points and follow the volatility direction, but don’t chase the trade. Let the price come to your desired levels.

Reward-to-risk of two or more

Use reward to risk ratios over 2 as a way to protect your system of a drop on the percent of winners. A RR higher than 2 guarantees you’re profitable if one over three trades succeed.