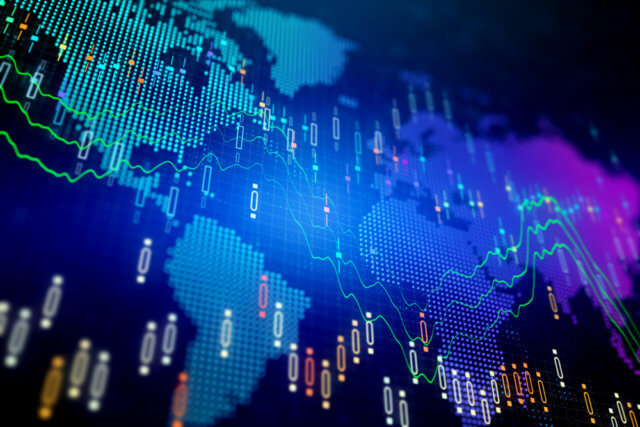 The U.S. Dollar Index sank 0.9% on the day to 95.07, down for a third straight session. Investors were speculating a steep cut in U.S. interest rates, though the expectations retreated as President Donald Trump announced that he would announce “very dramatic” actions to support the economy. The Dollar Index rebounded to 95.33. The European Commission will post final readings of 4Q GDP (+0.9% on-year expected).

The EUR/USD rose 1.1% to 1.1410. Official data showed that German industrial production grew 3.0% on month in January (+1.7% expected). The coronavirus breaks in China and South Korea seem to be lagging, as countries outside in the world embrace drastic steps to try and stamp out the virus.

In Italy, where 16 million people in Lombardy and different sections of the north are presently below quarantine, there were 133 life losses announced on Sunday, drawing the sum to 366. More than 7,000 people in the country have been verified to have the disease.

In Iran, there were 49 new deaths. Some 194 people have now expired from COVID-19 there. Although the latest numbers from China and South Korea suggest, the virus seems to be diminishing in northeast Asia.

The ECB is expecting to deliver a rate cut to control the economic fallout from the deadly coronavirus outbreak. Moreover, an unexpectedly bigger decline in the Eurozone Sentix Investor Confidence for March, a lead indicator, also continues to burdening the EUR currency.

Looking forward, the trader’s eyes remain on the Eurozone final GDP while the general market bias and USD dynamics will proceed to play a pivotal role.

At the moment, the EUR/USD is trading at 1.1458, and bullish breakout of this level can extend buying until 1.1610 level. On the lower side, the EUR/USD may find support around 1.1400 and 1.1296. The RSI and MACD are in the buying zone as the MACD’s histograms are over zero, the bullish zone. Consider taking buy trades above 1.1380.

The GBP/USD gained 0.3% at 1.3083.to hit its highest mark in a week to the greenback. This came after the forecasts waned for an urgent Bank of England rate cut to follow this week’s emergency movement from the U.S. Federal Reserve to accommodate coronavirus damage.

January trade deficit was posted at US$45.3 billion (US$46.2 billion expected), and wholesale inventories (final reading) fell 0.4% on the month (-0.2% expected). Despite mixed economic events, the U.S. dollar is getting weaker and driving the GBP/USD pair higher.

The GBP/USD currency pair buyers are still hopeful because the BBC reports a bumper £5billion boost for British exports by the first post-Brexit budget, which is scheduled to release on Wednesday. Chancellor Rishi Sunak will also announce supportive news for salaried employees in his first budget.

Looking ahead, due to the few economic data/events on the economic calendar, all traders keep their eyes on COVID-19/Brexit headlines for taking fresh directions.

The GBP/USD is showing some severe bullish moves in the wake of a weaker dollar and strong Sterling. The GBP/USD soars to trade around 1.3060 and continuation of a bullish trend can extend buying until 1.3160 and even higher. The GBP/USD has formed a solid green candle on the 4-hour timeframe, which may help drive further buying in the Sterling.

The MACD is consistently forming bullish histograms over zero points, supporting the buying trend in the GBP/USD pair. Let’s consider buying over 1.3025.

The USD/JPY currency pair stops its bearish rally and hit the high of 105.00 mainly due to risk sentiment improved in the wake of U.S. stimulus expectations. The hopes of the U.S. stimulus put a bid on the U.S. equity futures, treasury yields.

At the press time, the USD/JPY currency pair is currently trading at 104.78 and consolidates in the range between the 102.02 – 105.05. The U.S. Vice President Mike Pence took U-turn from his Friday’s comments and signaling a lack of enough testing kits in the labs.

The USD/JPY currency pair recovered from the lowest since late-2016 mainly because U.S. President Donald Trump’s suggested to ‘major’ economic measures in order to control coronavirus (COVID-19) triggered the risk-on.

Looking forward, traders are now keeping their eyes on the U.S. President Trump’s real means to tame the adverse implications of the virus. However, the significant risk recovery could only occur if there is news of any cures.

The USD/JPY is trading at 104.200, testing the bearish channel, which supported the Japanese yen at 104.400. The increased reduced demand for safe-haven assets is driving strong bullish correction in the USD/JPY currency pairs.

The USD/JPY has closed two consecutive bullish candles, which are followed by the bearish breakout setup and suggesting odds of further bullish bias until 104.650.