255 Pip Move! Can Trading The USDJPY Be As Easy As ABC

The USDJPY pair have been heavily correlated with the Dow Jones 30 index over the last few months as the US and China trade deal has rattled on.
However, it was only around ten months ago that this pair reached a high point of 112.40 before dropping to the 105.00 level. Big swings in a currency pair like this can catch institutions, investors, and traders completely offside and wondering where future direction might be. In situations such as this, it is obvious that many traders will have been caught out and lost money through stop losses or closing out positions that have gone against them and where they have suffered heavy losses. And when we see big swings like this in price action, it is difficult for traders to know how to value a currency pair’s exchange rate. Because traders at an institutional level tend to buy yen in times of high risk in the market, we can only presume that the yen is losing ground to the dollar-based on the fact that phase one of the US and China trade deal is complete. 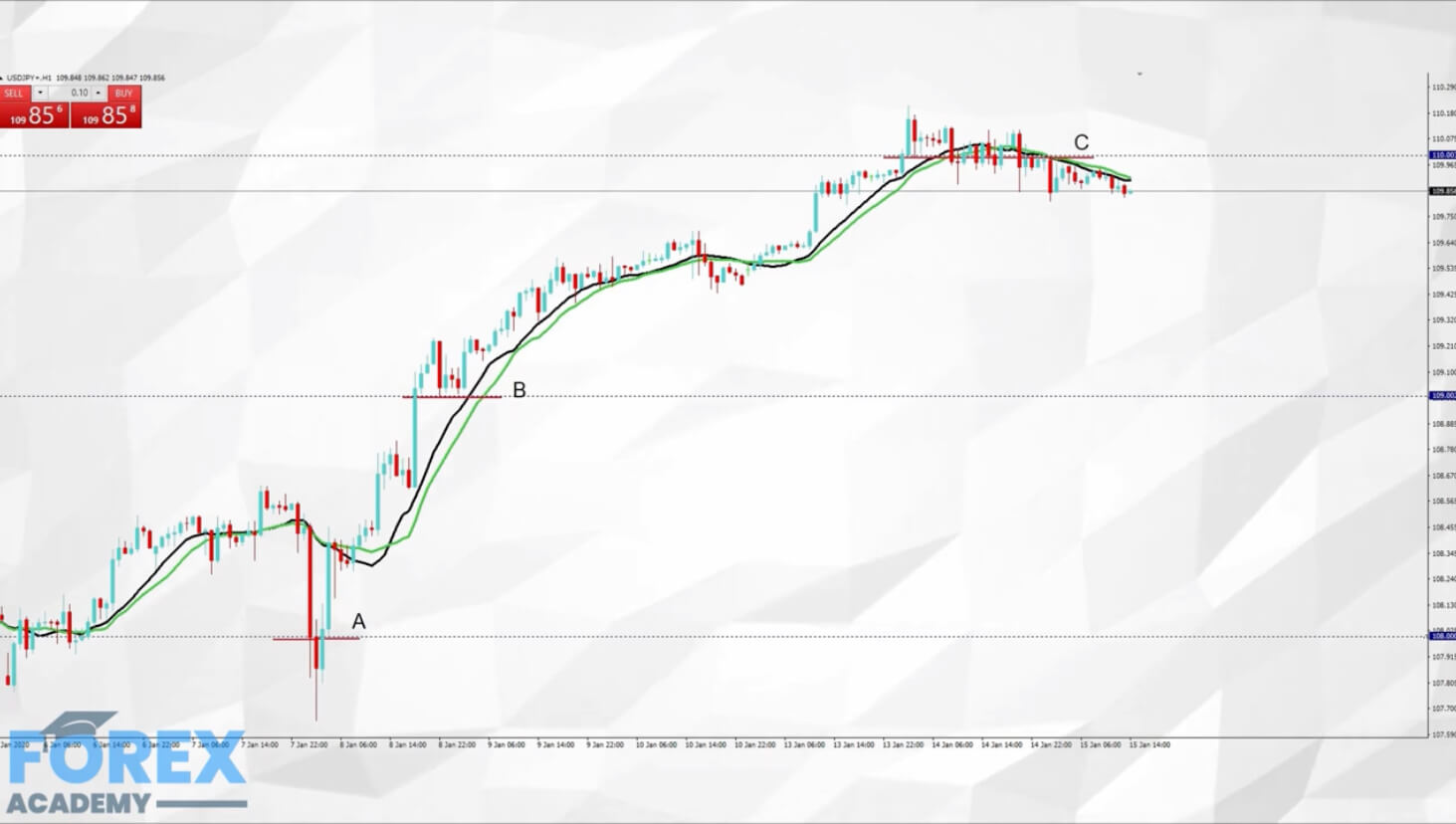 Let’s turn to example A, which is an hourly chart of the USDJPY pair. We can see that since the 6th of January 2020, price action has been almost glued to two simple moving averages; the black 13 MA and the green 17 MA.
At position A, which is a key 108.00 level, we can see that price action strongly moved lower than the moving averages; however, price action was curtailed, probably because of the previous low at this level. Traders often use previous levels as targets because they are often areas of support and resistance, and especially at key-round-number levels. 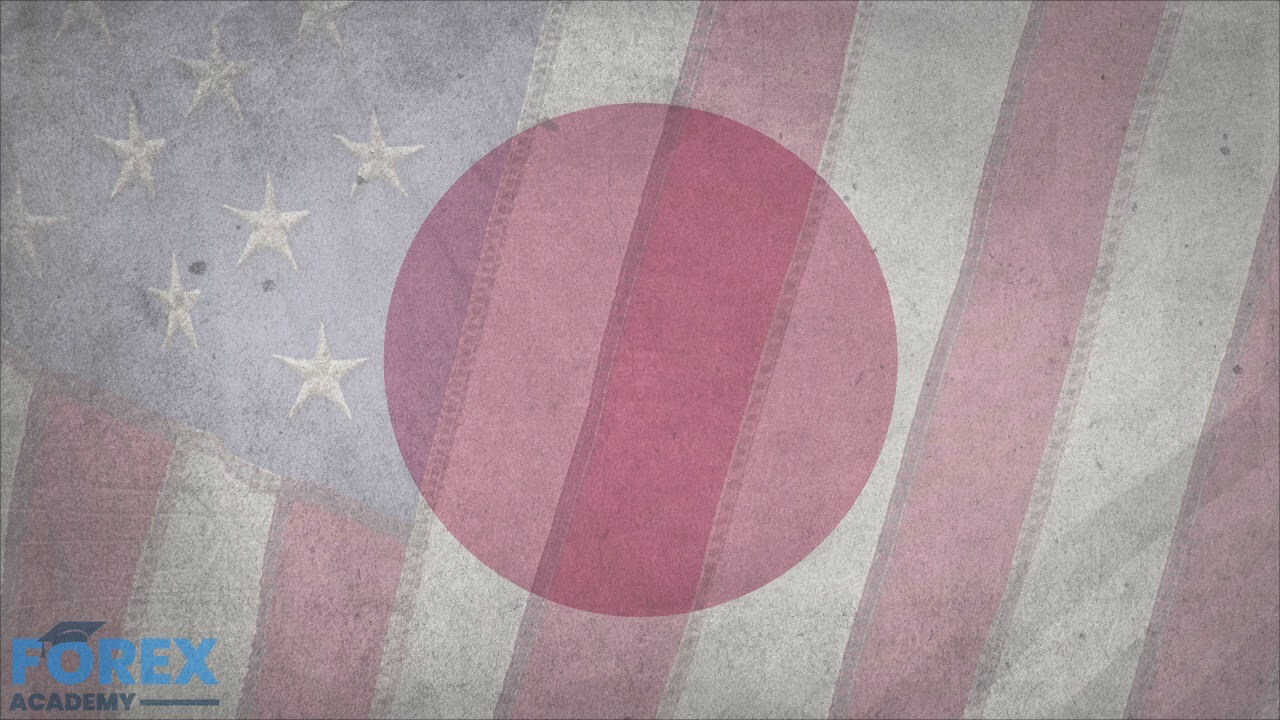