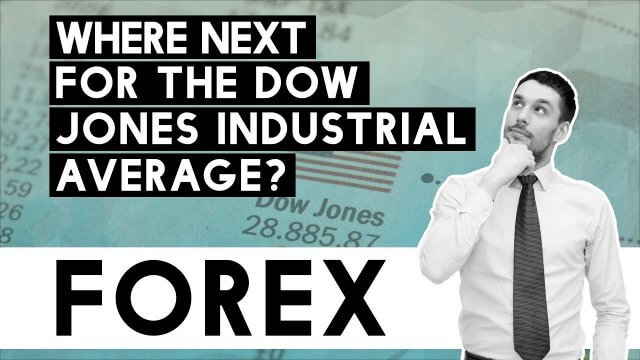 Where Next for The Dow Jones Industrial Average?

Where next for the day jones industrial average?
Thank you for joining the forex academy educational video. In today’s session, we will be looking at the dow jones industrial average, which is closely watched and considered to be the main united states benchmark indices.
It is price-weighted and tracks the performance of 30 of America’s largest companies, which are mostly listed on the New York stock exchange. 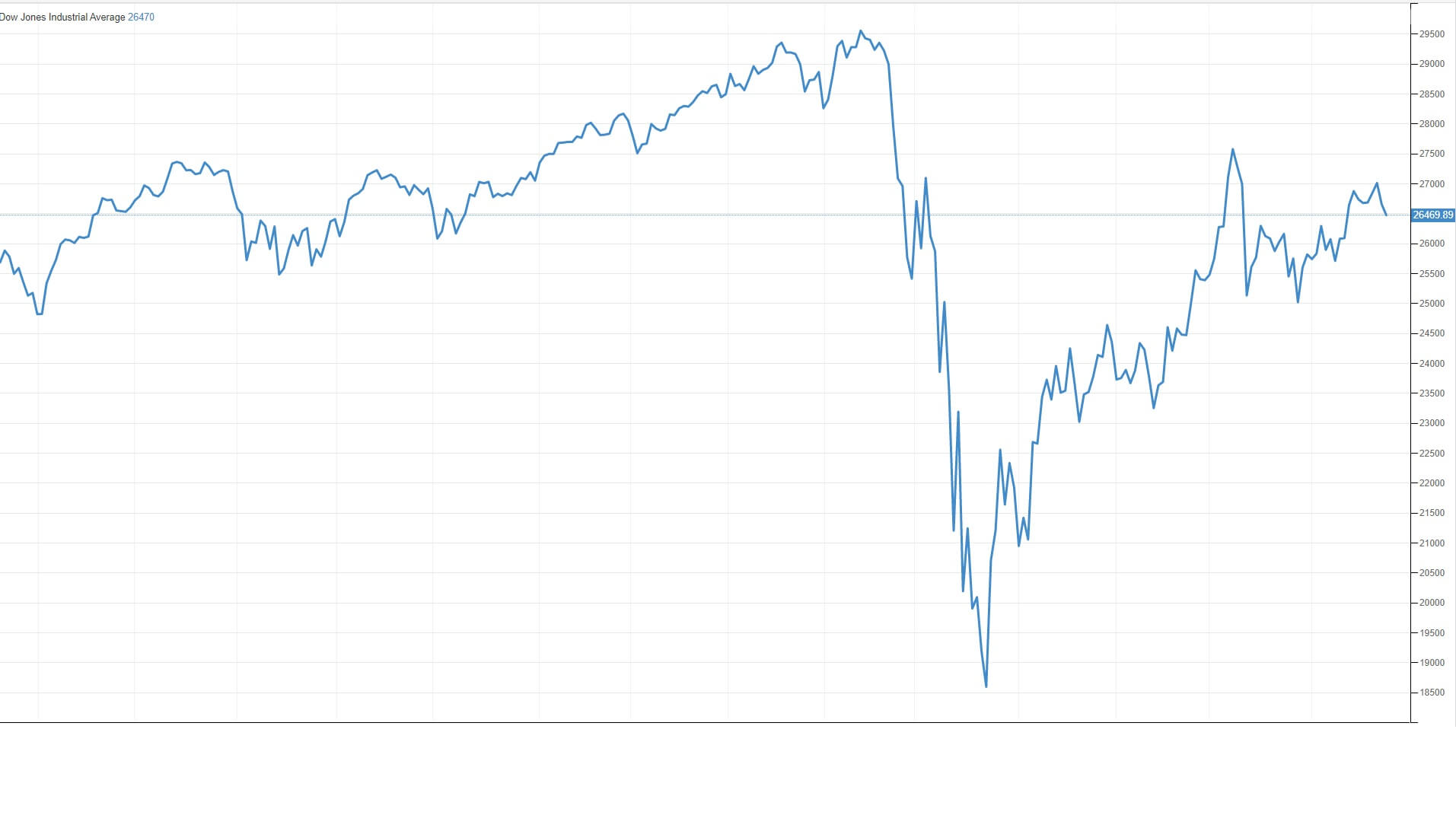 The Dow Jones index reached a record high of over 29,000 in February, before tanking to just above 18,000 in march during the worst of the Covid pandemic in the United States. And then rallied back up to 27,500 in June while the United States was still severely impacted by the outbreak of the virus. The amazing recovery was largely driven. I hope that the pandemic would soon be over and that a recovery would quickly happen within the United States with regard to the economy getting back to normal. The Fed was calling this a V-shaped recovery. Straight down and then straight up. However, this has not exactly transpired, and although the federal reserve has implemented monetary policies to prop up their ailing economy and help those individuals who have been impacted, including support for companies, all of this is just adding to America’s debt burden. The typical analysis of the stock market being driven up by growth is, therefore, flying in the face of the fundamentals.
And while every single good news regarding vaccines has tended to keep the Dow Jones index propped up, almost artificially, another aspect which has been holding it up to levels above 26,000 points and more recently a pop above 27,000 points has been the expectation that tech stocks would perform very well during this time. This has been backed up by strong performances from companies such as Microsoft and apple Intel NVIDIA and Amazon, which are listed on the alternative index, the National Association of Securities Dealers Automated Quotations, or Nasdaq, of which there are two variant indices; the 100 and the composite. 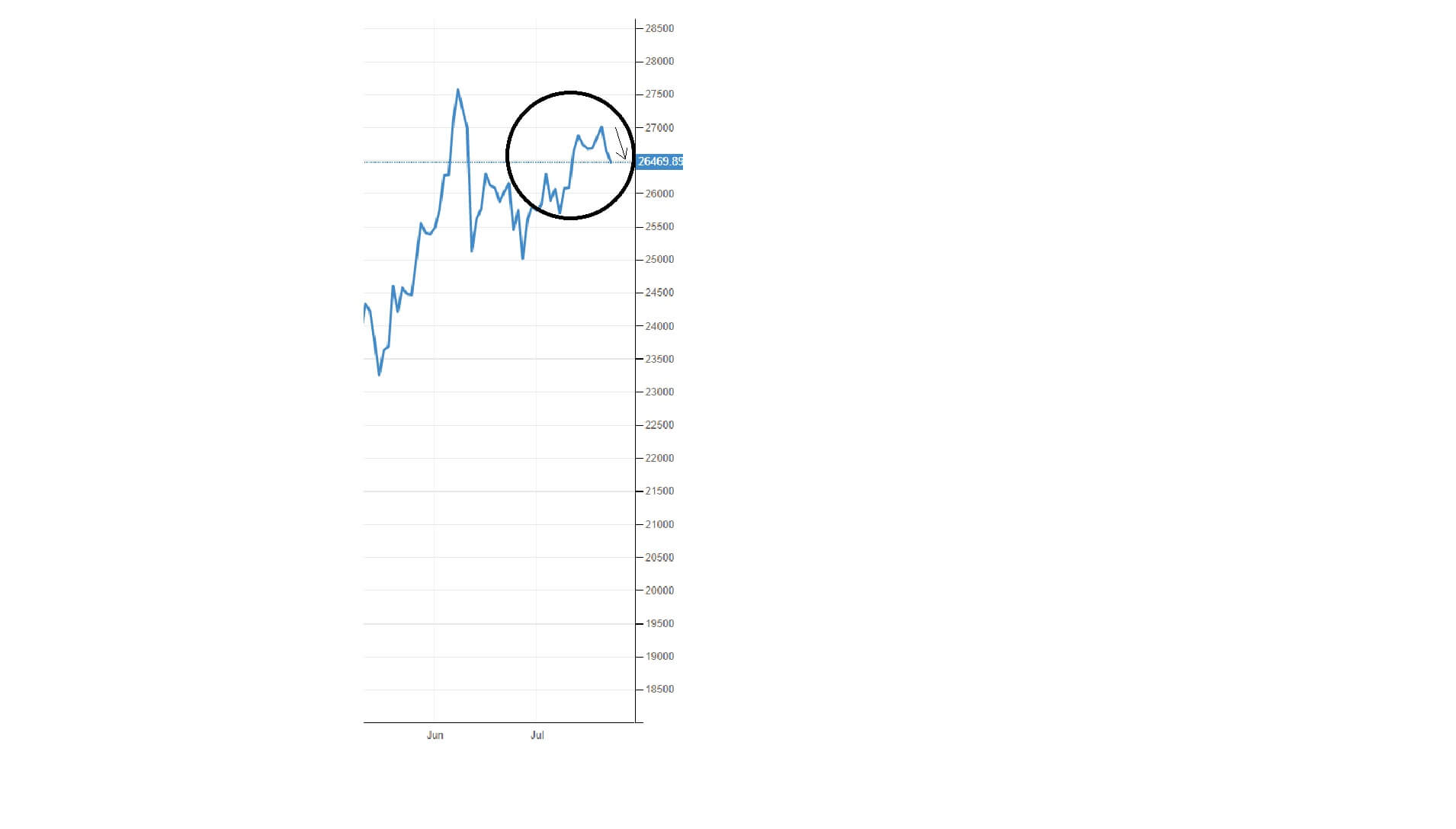 Worryingly Wall Street closed in the red, which was largely triggered by buy tech stocks falling potentially bursting the bubble that the American economy will be driven higher by such stocks leading to a v-shaped recovery.
Even more alarming is the continuing spat between China and the United States, which could lead to tariffs being implemented on either side and potential sanctions. Any breakdown in trade between the two nations, especially China buying from the United States at the moment, would also impact on the so-called v-shaped recovery. And, of course, America just does not seem to be getting a handle on the number of cases of Covey, which are escalating in some States.
The pullback from 27,000 points on the Dow to the current level of 26,470, at the time of writing, and a simultaneous drop on the s&p 500 of 20 points and a shed of 98 points on the NASDAQ on Friday the 24th July, has set alarm bells ringing with investors and traders who have been concerned that stock markets in the United States are overvalued and about to crash for a second time since March.