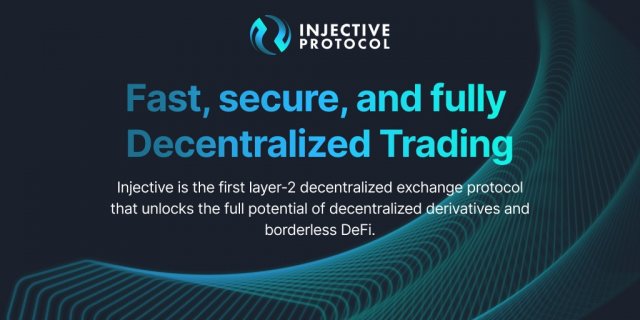 In this age of DeFi, project after project is competing to provide users all over the world with the most innovative products. Injective Protocol, a layer 2 decentralized exchange, is one of them. Injective wants to unleash the potential of crypto derivatives and borderless decentralized finance.

The protocol supports cross-chain derivatives trading for multiple crypto products such as perpetual swaps, futures, CDFs, and more. In 2018, the protocol made it to the winner’s list of projects selected for incubation by Binance Labs. Injective wants to solve high latency, inefficiencies, and poor liquidity encountered by most exchanges today.

Launched in 2018, the Injective Protocol is a DeFi project that wants to enable decentralized and cross-chain spot trading and derivative trading of financial products, from perpetual swaps to CDFs, to futures and more. The platform utilizes ‘peg zones’ to realize a cross-chain trading infrastructure. This environment is also trustless, censorship-resistant, transparent, and with low fees.

Highlights of the Injective Protocol

#2. Trading opportunities: On Injective, anyone can create and trade on a derivative market of their choice by utilizing only a price feed. This increases opportunities for trading that are not found on other exchanges.

#3. Cross-chain trading: Injective supports a wide range of trading and yield generation activities across a variety of networks

#4. Community governance: The Injective Protocol will be governed by the community – in a true decentralization fashion. Any changes or updates to the protocol will be determined through a vote based on a decentralized autonomous organization (DAO) structure.

The Injective protocol is made of four key components:

Let’s take a close look at each:

This is a decentralized sidechain solution that powers derivatives trading and supports a Trade Execution Coordinator (TEC) and a decentralized order book. The Injective Chain utilizes a Tendermint consensus mechanism to confirm and validate transactions.

As a token-based protocol, Injective is intricately linked with INJ, its native token. For that reason, major protocol interactions and token economics are implemented through various smart contracts, which are as follows:

Injective’s API nodes are responsible for two things: supporting transaction relay services and being the data layer of the protocol.

The Injective protocol is fully decentralized, meaning individuals and companies can use it in a permissionless manner. Injective has enabled a friendly front-end interface through which they can do so.

INJ is the native token for the Injective network. It plays several roles, which include the following:

The INJ token was distributed in the following fashion:

You can find the INJ token listed on several exchanges, including but not limited to Binance, HotBit, Poloniex, DCoin, Uniswap (V2), VCC Exchange, and Pancake Swap. The token is listed as a market pair with USDT, BTC, BNB, BUSD, and WBNB.