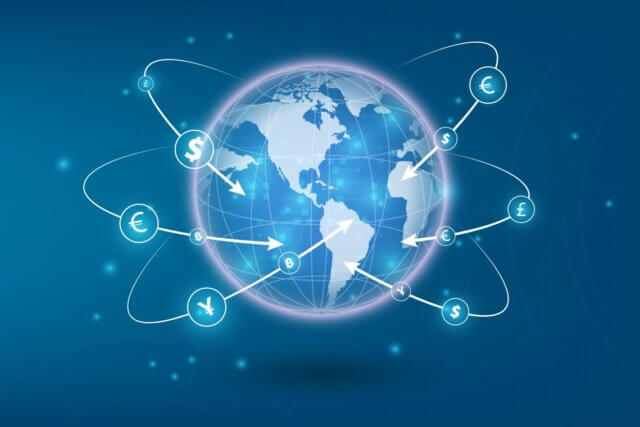 Bitcoin and cryptocurrencies, in general, have been at the receiving end of governments’ crackdown around the globe, as they move to regulate its influence and prevent its use in illegal activities. On the other side of the lever, though, the crypto is basking in its surge in the global remittance market.

Bitcoin is increasingly being used as a medium for cross-border money transfers – in which it lets users transfer money at a way more affordable price than the traditional system.

Remittance involves people sending money to their relatives and loved ones who live overseas. As more and more people migrate to high-income countries, the remittance business grows more and more. Such money is sent for school fees, daily expenses, starting a business, and other uses.

In this article, we’ll look at how Bitcoin came to be a powerful player in the remittance industry, just how Bitcoin-based money transfer works, why it’s the better option, and what the future holds.

In the olden days before the advent of Bitcoin, the global remittance business was dominated by players such as Western Union, PayPal, Moneygram, and so on. However, these channels are associated with exorbitantly high fees and slow processes, which can leave recipients stranded for days. The traditional remittance model faces the following challenges:

☑️ High intermediary fees – Fees can go as high as 10% of the total amount, which can be quite expensive

☑️ Slow money transfer – it takes days, sometimes weeks depending on the destination, for money to reach the recipient

☑️Susceptible to fraud – the current money transfer system is prone to hacks and theft. For example, Venmo, the Pay-Pal owned money transfer service lost a total of $40 million in the first quarter of 2018 from fraudulent transactions

Enter Bitcoin-based remittances. Also known as “rebittance,” this model slowly taking space in the global remittance industry. But how does it work? Let’s first compare it with the traditional money transfer model.

To get a firm grasp of Bitcoin-based remittance, it helps to first look into how the traditional model works.

Let’s say, for example, a person working in the US wants to remit a dollar to their home country in Africa. They will go to a shop known as a Money Transfer Operator (MTO), hand over the cash at the prevailing exchange rate, after which the MTO starts the process of sending the money to the intended recipient. The MTO will charge for the service.

However, the MTO is only a frontend agent. The service, software, and system they are using are provided by a remittance software provider (RSP). The MTO only pockets a fraction of the fees it charges the customer, with the bigger chunk going to the RSP. On top of that, the MTO may also need to pay the RSP for installation, maintenance, and subscription of the software.

The overall cost of the transfer is thus borne by the end-user, who is the customer, as both the MTO and RSP try to retain the maximum fees possible. What’s more, the MTO may not be transparent about how they arrived at the specific exchange rate, which leads to the customer bearing another brunt of unfavorable rates.

Bitcoin remittances work via a cloud-hosted solution for MTOS living in developing countries. As long as it’s connected to the internet, the cloud solution works seamlessly with little to no banking infrastructure.

Via a simple internet connection and free software or app running on a suitable device, MTOs can send and receive money on behalf of a customer, without any overhead costs for installation, subscription, or maintenance charges.

The transaction details, including Know Your Customer details and other anti-money laundering protocols, are secured in a low-cost database, which can also be a blockchain.

The MTO will simply estimate the amount of money needed for a business that day or for several remittances, purchase an equivalent of Bitcoins in advance, and immediately sell them for the fiat currency in the destination country. For example, an MTO will buy Bitcoins and exchange them for Nigerian naira for all remittances towards Nigeria.

The Bitcoin-based business is almost risk-free as it sells the Bitcoin tokens almost immediately, minimizing chances of theft or hacking. Customers’ transactions are also conducted in a matter of minutes.

The end results of Bitcoin-based remittance is lower costs for the customer, faster and more convenient global money transfers, no subscription, installation, or maintenance fee for MTOs, higher commissions for MTOs, and a safe and secure remittance mechanism.

The person operating the MTO doesn’t have to have any knowledge about the underpinning blockchain technology, thanks to the effortless interface that features incredibly easy steps to process the money transfers within seconds.

What Are Some Bitcoin Remittance Businesses?

Bitcoin remittances provide a way for there to be only one entity between the sender and the recipient. Although Bitcoin was designed as a peer-to-peer mechanism, the infrastructure to support that is simply not mature at this point. Thus, Bitcoin remittance companies have reduced the cost of sending the money from up to 10% to anywhere between 1% and 3%.

Bitcoin-based remittance companies are constantly mushrooming across different parts of the world. Some of the established names so far include BitPesa, Rebit, Payphil, Bitso, Coicove, Payfast, and Sendmoney.

The Future of the Bitcoin Remittance Business

Owing to its ability to instantly send money across the globe, Bitcoin is garnering more attention as a viable means for more convenient transactions. However, the traditional model still holds sway over the remittance business, and their services are still in plenty of demand.

However, as more people learn about Bitcoin-based remittances, they will likely gravitate towards these services as they are cheaper, quicker, and more secure. People will also want to ensure they extract the most value out of remitting money, resulting in Bitcoin-based remitting becoming more popular.

If the traditional model can’t keep up with this, the Bitcoin and cryptos, in general, might even take over the industry.

The Bitcoin remittance business is making brave inroads into the industry, and that’s because it provides a better alternative to the traditional model by many measures. Money transfer operators can run their business without the headache of overhead costs, and customers are sure their money is safe and secure, with the unprecedented minutes-only transactions. Still, this model is yet to go mainstream, mainly because it’s still a young technology – at least in this industry.  But this could change in the very near future as more people discover its ingenuity.