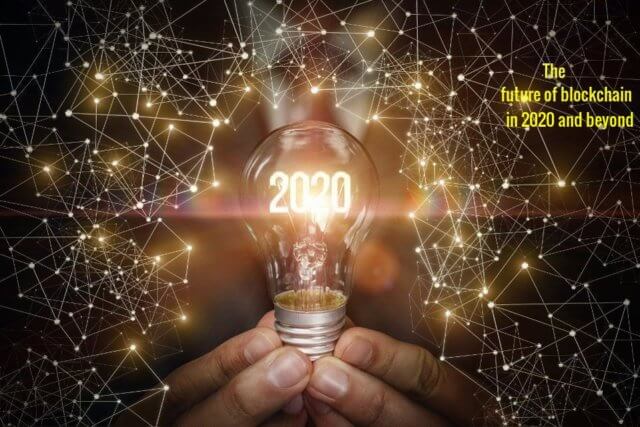 Even though blockchain is mostly known for being the technology behind Bitcoin – and other cryptocurrencies, it is more than that. And yes, the revolutionary nature of cryptocurrencies is what makes cryptocurrencies stand out from other digital currencies. Blockchain is known for many things – but its immutability, transparency, and decentralization are what make it such an object of frenzied interest, research, and even apprehension from traditional systems.

Today, blockchain applications have transformed how things are done across multiple industries – from manufacturing, to supply chains, to identity management, to finance and countless others. Given that it’s still a young technology but with incredible potential, how does the future look?

The concept of blockchain was first ever mentioned by Scott Stornetta and Dr.Stuart Haber in 1991. In a white paper titled ‘How to Time-Stamp a Digital Document,’ the two discussed the idea of timestamping a document and linking it to the previous document in a manner that rendered it impossible to change the content of the documents. Essentially, this was the first idea of “cryptographically linked chain of blocks,” which is how we know the blockchain today.

Of course, Bitcoin’s burst onto the scene and gave blockchain an impetus it hadn’t seen before.

However, in 2014, the conversation started shifting from Bitcoin and to the potential of its underlying technology. People began to realize blockchain’s potential for other uses, and the exploration of this idea kicked off. Blockchain 2.0 was now the next buzzword – referring to applications beyond cryptocurrency. Today, there are hundreds of blockchain applications already active, with even more being explored.

The reason blockchain has gained so much traction is because it has brought out business-changing ideas in plenty of industries. It’s hailed for facilitating complete transparency, a peer-to-peer model of sharing information, and the unchangeable nature of its records.

And its influence seems to be getting only stronger – to the tune that the International Data Centre predicts global investments on the technology to hit $11.7 billion in 2022. Blockchain solutions also feature in increasingly many companies’ agenda.

What’s Holding Back Blockchain from the Mainstream?

For now, blockchain’s implementation faces many hurdles. These limitations have slowed it down – but only just, its mainstream adoption. It’s important to note that ‘slowed’ here is relative because, given the stakes, blockchain has, in fact made such an impressive showing. With that, let’s briefly look at some reasons why its implementation is still not full-throttle a decade later:

☑️ Cost – Most blockchain platforms consume too much energy compared with their actual transaction throughput, e.g., Bitcoin’s 7 per second and Ethereum’s 15 per second

☑️ Scalability – Partly due to the issue of low transaction throughput with blockchains, blockchains have just not attained the potential to serve many users

☑️ Insufficient blockchain knowledge – Blockchain solutions are still a novel and complex concept for the majority of people. Also, most organizations lack people who have an in-depth knowledge of the technology

☑️ Entrenched systems – most organizations see no reason to “fix something that’s not broken.” They have been working with established methods for so long and providing services to customers. Transitioning into fresh mechanisms can prove challenging.

Despite blockchain being so promising, it’s still very much at the teething stage. Some people see it as not a technology issue, but an issue of breaking down barriers and collaboration between companies.

Furthermore, many in the blockchain space contend that the technology is still struggling to break ground. However, the progress so far can’t be denied. 2014 was the year when Blockchain 2.0 became a thing. The next year we saw the introduction of an entire blockchain dedicated to smart contracts, one of the most touted and promising applications of the technology. Already, major industry players like Microsoft, UBS Group, and the BBVA group have already integrated smart contracts in their organizations – in various forms.

The year 2016 saw the explosion of more pilot projects. 2017 brought along with it more enterprise-level experiments, while 2018 and 2019 were the years we saw the crystallization of many projects and, ultimately, their application. 2019 has been the year of bolder forays into the blockchain sphere.

Based on blockchain’s showing in the last few years, many experts think brightly of its future. The blockchain and its fellow distributed ledgers will soon become the preferred mode for many business transactions.

Forbes predicts that stablecoins – the “incredible manifestations of blockchain power” will find even more popularity. The publication also asserts that as fiat currencies falter, people will likely “turn to blockchain to safeguard their savings.” What’s more, it makes a strong case for blockchain’s future, saying it deserves to be applied to “better technologies” and that “those improvements are on the way.”

Author of “Blockchain Revolution” Don Tapscott calls blockchain a “platform for truth and trust” with “staggering implications…for virtually every aspect of society.” The technology, according to him, is revolutionary with “vast potential to change society.”

The Institute for Innovation Development notes that there are more than 50 industries already deploying blockchain, and that “this corporate activity and experimentation will increase exponentially.” It also foresees blockchain changing “how transparency and authenticity are derived” with all types of things – from food, to property ownership, to verifying memorabilia, to personal identification.

Spencer Bogart of Blockchain Capital Blog sees blockchain’s development shifting from the “launching of insufficiently differentiated new chains to improving and building ‘up the stack’ of winning protocols.”

The Future of Blockchain

Blockchain is still experiencing “growing pains,” and thus, its potential is yet to be fully realized. However, given that it has already successfully penetrated so many industries, it’s likely a matter of time before it penetrates nearly every industry.

Many people, from both within and without the blockchain community, acknowledge blockchain’s powerful potential to instill transparency in all aspects of the business. Dataversity says that the technology will “emerge as a savior for transactional integrity.”

Blockchain has also received support from higher-ups in the finance regulation sector. Former chairman for the US Commodity Futures and Trading Commission, writing for Coindesk, asserts that “emerging digital technologies” have “far-ranging implications for capital formation.”

The Future of Blockchain Companies foresees a blockchain era when businesses will easily exchange assets in a peer-to-peer environment without government interference or regulatory fear. If blockchain maintains its current level of trust, then the current lack of transparency and “lack of governance over personal data” will be a thing of the past.

Blockchain is here to stay, and soon, we will be using it in our daily lives without even realizing it. And for the better – because, as stated many times in the article, this technology has the potential to revolutionize how we do things. And while blockchain’s development and adoption has been slow, we know its mainstream adoption is a matter of “when,” not “if.”