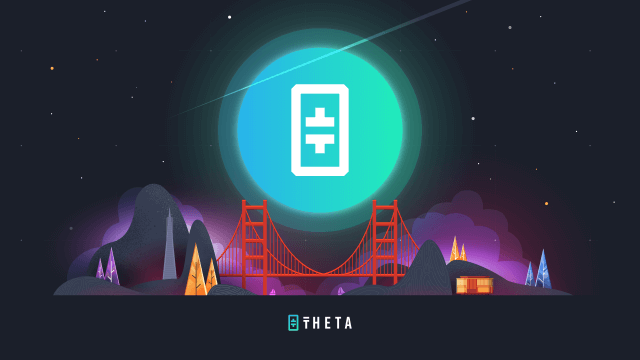 Current video sharing platforms face a ton of issues, ranging from downtimes to high-maintenance costs to a poor reach in less developed countries. There is also the issue of centralization, meaning they are owned, controlled, and regulated by their owners. This means only ‘agreeable’ content, by their (owners) standards, is allowed.

Blockchain was invented to democratize and decentralize finance. But we don’t have to stop there. We can tap into the power of blockchain to achieve decentralization in other areas of society.

Theta is a blockchain and cryptocurrency project that seeks to provide a blockchain-powered video sharing experience. The token has been making headlines lately, with its raging rally of nearly 1300% since the crypto market’s downturn in mid-March precipitated by the Corona pandemic. Its inking of partnerships with big-time companies such as Android TV, Samsung, and Google is making the news.

What is Theta all about? This piece dives into that question, and more.

Theta is a blockchain-powered platform that supports decentralized video streaming and delivery.  It aims to solve issues in current video sharing networks such as poor rich to developing countries, high costs of setting up, maintenance and bandwidth, and centralization.

These factors mean that video-sharing platforms lose out on revenue and that content can be censored. Furthermore, the current infrastructure is mostly unprepared for the changes that will be occasioned by upcoming developments such as 4K, 8K, 360° virtual reality streaming, and others such as light field technology.

The platform aims to solve these issues with the transformative blockchain. The tech will incentivize users through the Theta token, while also enabling a high-performance environment.

Who is Behind Theta?

Theta is the brainchild of Mitch Liu and Jieyi Long. Liu is the co-founder of Gameview Studios and a co-founder of Tapjoy. He holds a degree in Computer Science and Engineering from MIT and an MBA from Stanford. Long has a degree in Microelectronics from Peking University as well as a PhD in Computer Engineering from Northwestern University. He’s also the patent owner of various technologies in virtual reality and video game replays.

There is also a long list of engineers and architects, as well as advisors such as YouTube co-founder Steven Chen. Theta has also partnered with former members of media companies such as Twitch, Verizon Plays.tv, and others. Other partners at various stages include Samsung VR and NBN, one of the biggest media companies in Korea.

How Does Theta Work?

We will explore various functionalities of Theta and how it achieves its mission.

The current content delivery networks comprise huge data centers in various parts of the globe. Due to their vast geographical distances from viewers, data streaming is often low quality. Theta proposes to solve this by creating a peer-to-peer network of users who share their network bandwidth. The end goal is to have a global network that can supplant or supplement existing content delivery networks.

This will be achieved by users from across the globe, lending their devices as “caching nodes.” The caching nodes will then form a robust mesh network that will be capable of delivering quality video streams to viewers across the globe. The network will reward caching nodes with Theta tokens, incentivizing users to continue contributing their spare bandwidth resources –  and thus strengthening the Theta network.

According to Theta, this will not just improve video reach and quality, but massively reduce costs. And this will be made possible by the eliminated need to maintain the current enormous data centers.

Theta is also set to enhance the resilience of the whole infrastructure. As of now, the video streaming industry relies on a few data centers scattered across the globe. This is risky since if some of them were to go down for any reason, global streaming would be adversely affected. By distributing (and decentralizing) the caching and relay points to thousands of nodes, the Theta network can realize a sturdier network far more than the current systems can support.

Two problems present with the caching nodes. One is the difference in the quality of different nodes. The other is the possibility of nodes dropping off. To counter these problems, Theta has built a mechanism that will allow nodes to identify the geographically closest nodes to them, allowing them to connect with their nearest peers rather than random nodes situated in any corner of the world. This enables nodes to pull streams in a more consistent fashion.

What is Theta Token?

The Theta network incentivizes viewers with Theta tokens to share their computing and bandwidth resources. Caching nodes are rewarded with tokens for relaying video streams to other network users. This, in effect, also increases streaming market efficiency by streamlining the delivery process.

Video publishers/advertisers can also directly reach viewers at a much-reduced cost, while viewers earn tokens for watching/interacting with content. Also, streaming platforms can realize new avenues for content sharing and revenue-generating with Theta. Below is a more detailed Theta token structure.

What is Theta’s Consensus Mechanism?

Theta utilizes a ‘Multi-level BFT’ consensus mechanism that allows thousands of nodes to take part in the consensus process. At the same time, the mechanism supports throughput of 1000+ transactions per second (TPS).

This mechanism utilizes a small set of nodes that acts as the ‘validator committee.’ This validator committee can produce new blocks super fast. Just 10 to 20 validators can do this – while still maintaining a high degree of difficulty to cushion against attacks on the blockchain. Then the rest of the network participants, also called ‘guardians,’ can finalize the process initiated by the validators. Finalization here refers to convincing each honest guardian that more than two-thirds of the guardians see the same chain of blocks.

Where to Buy and Store Theta Token

You can purchase Theta from any of several popular exchanges such as Coinbit, Bithumb, Upbit, Binance, Huobi, DigiFinex, Bkex, Biki, OKex, Hotbit, Gate.io, and WazirX. Coinbase, a popular exchange, does not yet support Theta. In the majority of the exchanges, Theta is available as a trading pair with Bitcoin, Ethereum, USDT, Binance Coin, and so on.

Likewise, you can store Theta tokens at any of trusted wallets such as Ledger, Trezor, Keep Key, MyEtherWallet, Exodus, and Coinomi.

Theta provides incredible solutions to the current issues faced by video delivery networks. Its peer-to-peer mesh network, incentivized and powered by the blockchain, is certainly exciting and with a lot of potential. The only challenge for Theta is to maintain the quality of the platform as well as the decentralized nature of the network. Fans and network users will be relying on this.