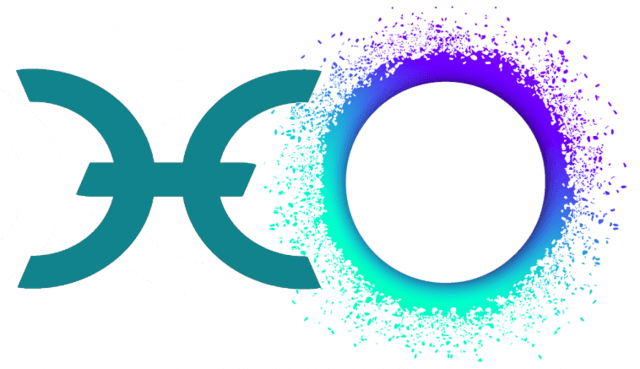 Blockchain has been hailed as the technology of the moment, one that will disrupt industries with its groundbreaking decentralized, immutable, and transparency features. That’s fine and dandy, or at least it would be if the current blockchain systems like Bitcoin and Ethereum did not have massive scalability issues or required excessive amounts of energy just to run. Blockchain holds incredible potential, but these problems are holding it back.

Enter Holochain, a new distributed ledger protocol and decentralized application platform that relies on an agent-centric consensus system. On Holochain, every network participant runs their own ledger and can function independently of other nodes on the network. This means faster processing times as well as environmentally friendly technology.

In this guide, we’ll get into a more detailed overview of the Holochain project, as well as the exciting and unique solutions it brings to the distributed ledger space.

In the current blockchain setup, information is stored and secured with cryptographic hashes on a distributed network. Each node/computer/participant takes part in securing the network and implementing a global consensus. This makes it a decentralized system, which is advantageous since it eliminates a single point of attack. This is one of the reasons why blockchain has been a hit in the tech space.

However, it’s also the basis for some of the biggest blockchain’s weaknesses. Since every single participant must verify transactions, it also makes it slow and unscalable. This is partly why some cryptocurrencies have transaction confirmation times of up to hours, and fees are so high.

Holochain implements what it calls an agent-centric structure. In this architecture, each node runs their own copy of the blockchain that connects to the larger network via a cryptographic key.

This approach differs from the traditional blockchain in that, in a blockchain, all participants must come to a common consensus, and each must maintain the entire blockchain, which raises serious scalability issues. With Holochain, a participant only needs to maintain their individual ‘copy’ of the network and the unique key that connects them to the larger chain.

Holochain describes this unique data storage like this: ” Where is the English language stored? Every speaker carries it. People have different areas of expertise or exposure to different slang or specialized vocabularies. Nobody has a complete copy, nor is anyone’s version exactly the same as anyone else’s. If you disappeared half of the English speakers, it would not degrade the language much.”

How Many Transactions Per Second Can Holochain Handle?

Unlike traditional blockchains, the answer isn’t as simple or straightforward. But for clarity’s sake, we can say an unlimited number. Basically, transactions per second have no much meaning on Holochain due to how the technology is structured.

Holochain maintains a distributed hash table (DHT) of the data represented by each individual blockchain. The team wants you to look at this protocol like you would a dance style. By looking over a dance floor, you can tell who is dancing to hip hop and who is dancing salsa. How many people can dance at the same time? The answer is simple: as many as the dance floor can handle. There’s no need for a global consensus system to keep track of every single individual/dance move.

The developers explain: “So, Holochain as an app framework does not pose any limit of transactions per second because there is no place where all transactions have to go through. It is like asking, ‘How many words can humanity speak per second?’ Well, with every human being born, that number increases. Same for Holochain.”

What Kind of Applications can Holochain Support?

Holochain is a good fit for systems that need a lot of individual input – with every participant having a limited copy. Holochain would lend itself perfectly to social media platforms, supply chain, peer-to-peer platforms, intelligence communities, reputational cryptocurrencies, and cooperatives.

However, Holochain’s protocol may not be suitable for anonymous data sets, since everyone on the network maintains a component of the whole system. As well, Holochain may be unfit for hosting large files or supporting positivist-oriented applications, like the vast majority of cryptocurrencies.

What Programming Languages Does Holochain Support?

Holochain itself is written in the Go language. However, it supports decentralized applications written in JavaScript or Lisp. It also supports CSS, HTML, and JavaScript front-end frameworks.

The Holochain team states that the platform is flexible in terms of supporting new languages, so there are more possibilities in that front in the future.

Holochain and the Environment

Holochain bills itself as an environmentally friendly distributed ledger system, which is the opposite of traditional blockchains. Since there is no need for every node to maintain and validate the entire network, Holochain consumes a fraction of the bandwidth that runs traditional chains.

Also, Holochain does not rely on mining to verify transactions. Hence, there is no power-hungry use of electricity.

Holochain is yet to launch it’s mainnet. As such, the team developed a placeholder token so as to raise funding. This token is known as HOT, and it’s based on Ethereum. The team hopes to replace it with Holochain’s own native currency known as Holo fuel. Once Holochain goes live, HOT tokens will be exchanged for Holo Fuel.

Who’s on the Holochain Team?

Holochain is the brainchild of Arthur Brock and Eric Harris, who began work on the project in December 2016. Brock has 10+ years of experience in systems architecture, while Harris holds a Bachelor of Science in Computer Science from Yale. Harris is also a successful entrepreneur.

A further core team of 12 is working on the project, and it comprises developers, software architects, and UX/UI experts.

Where to Buy and Store HOT

You can get some HOT from Binance, Bitrue, and WazirX. You will need to exchange BTC, ETH, or BNB for the token.

As an Ethereum-based token, HOT can be stored in any wallet that supports Ethereum. Popular choices include MyEtherWallet, Mist, Parity, Trust Wallet, Atomic Wallet, Trezor, and Ledger Nano.

Holochain is an ambitious alternative to the blockchain tech we know about. It’s completely turning over our ideas about how distributed systems can function. If an agent-centric, rather than a data-centric protocol, is what’s needed to achieve much-needed scalability for distributed structures, then Holochain is on it’s way to major success. The blockchain community will be keeping a close eye to see future developments.