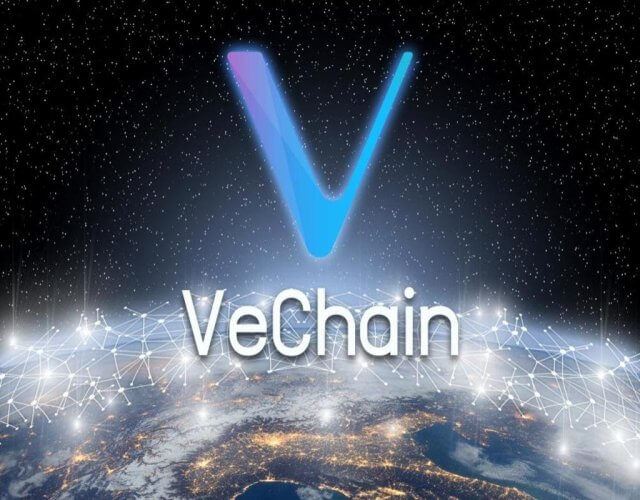 Most cryptocurrency projects come with a lot of pomp, revolutionary white papers, and a ton of promises about changing the industry. But if you’ve been in the crypto world long enough, you’ve probably realized that a majority of these crypto projects don’t live long enough to actualize these promises. Most of these fade away because their value proposition was not strong enough to weather the competition. There, nonetheless, have been several crypto projects that dazzled us with their ambition and went on to actualize their product.

VeChain is one such project. VeChain was one of the earliest blockchain industry players. It not only has a substantial customer base but has also inked several lucrative deals with several big-name brands that align with its growth and expansion plans. Headquartered in Singapore, the project has also branched out into China, France, the US, Hong Kong, and Japan.

This VeChain review explores what you need to know about VeChain: its product, team, working model, tokens, and everything in between.

VeChain is a blockchain platform that seeks to inject more transparency, efficiency, and speed into supply chains. As stated in the VeChain white paper, its goal is “to build a trust-free and distributed business ecosystem platform to enable transparent information flow, efficient collaborations, and high-speed value transfers.” 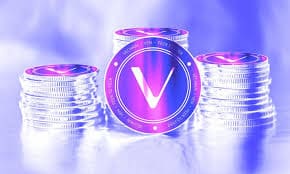 The current supply chain data management process is done in silos when various departments are unable to share information for speedy and informed decision-making. Yet, effective data sharing processes are the lifeblood of any business. Impaired information-sharing interferes with innovation, leads to weak collaboration, reduces supply visibility, and undermines a business’s potential.

VeChain believes blockchain can end the “asymmetric information problem and allow ownership of data to return to and empower its owner.” It proposes to enable utter transparency in business processes such as storage, transport, and supply.

For instance, the platform can help to monitor quality, source, mode of transportation, and the authenticity of a bottle of wine right from the manufacturer to the end-user (customer). It can also help automobile owners regain control over their data and use it to negotiate for better and fairer insurance policies.

VeChain was launched in 2015 by Sunny Lu, former Chief Information Officer of Louis Vuitton China. It began as a subsidiary of Bitse, Shanghai-based blockchain company. The VeChain product is being used across real industries, unlike many crypto projects that are still stuck in the development (beta) phase. From fashion to agriculture, to wine, to food safety, to carbon emission reduction, to governments, VeChain’s blockchain technology has already found multiple use cases.

The VeChain network was formerly hosted on the Ethereum blockchain. In 2018, it launched its mainnet and rebranded into ‘VeChainThor’ (VET) blockchain.

VeChain has notably secured strategic partnerships in a bid to realize its goals of disrupting the current supply chain. VeChain also aspires to be a decentralized applications (DApps) and initial coin offerings (ICO) destination. To achieve this, VeChain has entered into business with several high-profile financial companies like PricewaterhouseCoopers (PwC), Chinese electronics company Jiangsu Electronics, and automobile company Renault.

Sunny Lu is the leader of the team. Lu has been the lead of IT and information system departments for various companies, including Louis Vuitton China.

Other team leaders include Chief Financial Officer Jie Zhang, who has a wealth of history in IT, as well as the founder of Bo Shen, founder of Chinese venture capital company Fenbushi Capital.

VeChainThor blockchain features two tokens that are “the blood” of the VeChain body: VET and VTHO. VET is used by companies to facilitate “smart contracts.” It is also available to the public as a store of value and for speculative investment.

The VTHO token – VeChainThor Energy in full and also known as VeThor Energy, is much like gas for Ethereum or NEO blockchains. It is used to power transactions on VeChain and as payment for running applications.

According to VeChain’s white paper, the two-token system is designed to achieve effective governance and to provide a simplified economic model for developers.

The VET blockchain utilizes Proof of Authority to achieve consensus. According to this protocol, voting rights are granted based on one’s stake in VET and disclosure of identity. VET holders without Know Your Customer (KYC) info are, for instance, assigned 20% while holders with KYC with the same amount of tokens are allocated 30% voting rights.

101 ‘Masternodes’ are tasked with the responsibility of reaching a consensus about the validity of transactions within the VeChain blockchain. This mechanism is different from Bitcoin’s blockchain – in which all nodes in the network must approve a transaction before a consensus is achieved.

On VeChain, anonymous nodes cannot take part in transactions’ validation, and disclosure of one’s real identity is a precondition for becoming an Authority Masternode. VeChain states that this system consumes far less energy compared to Blockchain 1.0.

There also are economic masternodes within the VeChain blockchain. These nodes do not approve transactions or blockchain entries. Instead, they serve as a check on the power of voters. Here, power is allocated by granting a specific number of votes to each economic masternode based on the size of VET staked where 10,000 VET = 1 single vote.

Launched in 2017, VeChain Foundation is a centralized organization by the VeChain community that’s responsible for “developing and maintaining the VeChainThor Blockchain, community building, and management, business engagement, technical research, and design.” According to VeChain’s whitepaper, the foundation is responsible for “organizing and representing the entire VeChain community and for setting up the Steering Committee with seven seats, which could expand depending on the stage of development, to lead the core team of VeChain.”

Where to Buy VET

You can purchase VET from several exchanges, either directly with Fiat or in exchange for cryptos such as Bitcoin or Ethereum. Some popular exchanges include Gemini, Binance, Coinswitch, Huobi, KuCoin, Changelly, and Bitit.

You can store the VET tokens in the VeChainThor wallet that’s available on iOS and Android app. Other great options include Ledger, Nano, Guarda Wallet, and Atomic Wallet.

VeChain is one of the most successful players in the blockchain space. It identified problems in the supply chain and proposed to solve them with blockchain-based solutions. Its partnerships with companies such as PwC, Renault, and Jiangsu will help expand and solidify its client base.