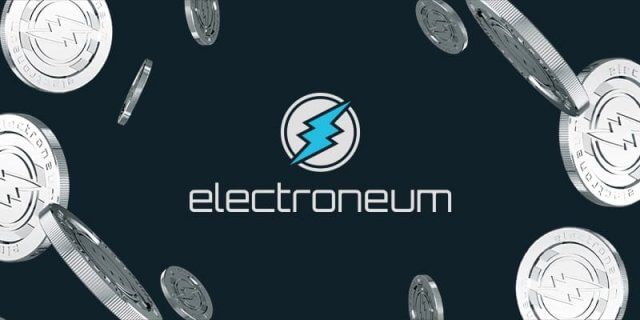 Some of the buzz around cryptocurrency is for it being a currency that wrests back the power of money from governments and centralized bodies and hands it back to the people. But it’s not as simple as it sounds.

Satoshi Nakamoto, the creator of Bitcoin, intended for anybody to be able to mine bitcoin from the comfort of their computer. But as the crypto increased in popularity and thousands more flooded the scene, it became harder to do so.

Electroneum is a crypto and blockchain project that hopes to revive the original dream of cryptocurrency – making the revolutionary power of blockchain accessible to anyone anywhere. As long as you have a smartphone and internet connectivity, you can start mining Electroneum coins right in your phone.

This has not gone unnoticed by the “founding father of blockchain” – Scott Stornetta – the most quoted person in Satoshi’s Bitcoin whitepaper. He has described the project as having “a long-term goal that is more than profit-maximizing, but that is actually a collective better” while praising it for being a real solution to “people that have yet to experience the benefits of cryptocurrency.”

This article is an in-depth exploration of this groundbreaking cryptocurrency.

Electroneum is a mobile-oriented cryptocurrency designed for mass adoption, and one of the few to emerge out of the UK. The Electroneum team believes cryptocurrency is a great idea, but the actual acquiring of it is incredibly hard. As such, they want to enable cryptocurrency to be accessible to the average person with as little hassle as possible.

A lot of people want to possess cryptocurrency, but they are not exactly ecstatic about surrendering their personal information to some random websites they know next to nothing about. There’s also the issue of having to link to the bank account and having to shell out extremely high fees for transactions. In short, Electroneum wants to break down the barriers that countless people encounter while trying to access cryptocurrency.

In its words: “Current cryptocurrencies are new (relatively!) and exciting but beyond the reach of your everyday person. To access cryptocurrencies, you have to make or buy a GPU mining rig or send copies of your passport and personal documents to a website that you have probably never heard of. Electroneum has all the great security and anonymity of leading crypto coins, but it’s controlled by a free, easy to install, app, which gives instant access to Electroneum with no card details or ID.”

Electroneum was conceived by Richard Ells, whose interest in cryptocurrency started in 2015 while he was building  GPU mining rigs. While Bitcoin was not even yet profitable, Ells knew that the underlying technology was transformative, and he wanted to make it easy for more people to benefit from it.

In August 2015, he enlisted members of his Retortal company to start working on a  cryptocurrency. In July 2017, Ells raised the necessary initial capital to launch the cryptocurrency. These efforts led to the creation of Electroneum Ltd in July 2017. In September 2017, Electroneum conducted an ICO – which drew in 115k+ investors. In the end, the sale raised $40 million worth of Bitcoin and Ethereum.

How Does Electroneum Work?

Electroneum (ETN) is built off the code for Monero, a privacy-oriented cryptocurrency. Like Monero, Electroneum also has privacy features. One of the criticisms with Bitcoin is its totally transparent transactions whose public addresses can be used to track down the real-life identity of a transacting party. Electroneum solves this with the use of stealth addresses and a one-time public key that prevents any connection between the funds and the wallet.

As well, a one-time private key is created once funds are detected and received by the wallet. The use of stealth addresses means that only the recipient can spend the funds with the single-use private spent key.

The use of a mobile app to get more people to use the currency is one of Electroneum’s biggest differentiator from other cryptocurrencies. The app is currently available for Android and iOS. The app allows you to have access to a wallet where you can store as well as be able to send and receive coins. As a further security measure, you also have the option to generate a paper wallet. At the time of writing, the app has been downloaded 2, 555, 518 times, according to Electroneum’s website.

Through the app, users can also generate new Electroneum coins. Once you install the app, it will allow your phone to start simulated mining. And this will happen without your phone overheating or gobbling up huge amounts of data. It also won’t make your phone lose significant battery life. Though the mining will not add new blocks on the blockchain, you’ll still be up for mining rewards for contributing to the computing power of the network.

Another of Electroneum’s goals is to replace in-game currencies, such as Linden Dollars for the Second Game, Project Entropia Dollars for Entropia Universe, or WoW gold for the World of Warcraft, with ETN.

This would change the gaming landscape in several good ways. For instance, players would have an even better reason to play, thanks to the ability to actually cash out on their completed quests and sold items. Gaming platforms could also gain from the transactions that are taking place in its ecosystem. Also, for gaming companies, using ETN as the in-game currency would be a marketing tool on its own.

Again, the Electroneum team hopes to promote the adoption of ETN in gambling. While many sites are accepting Bitcoin and other cryptos, it’s still a complicated and time-consuming process to obtain it. In the majority of countries where gambling takes place, local exchanges charge exorbitant fees. Electroneum wants to make it easy for players and gambling platforms to interact with cryptocurrency in a more frictionless fashion.

The Electroneum team is led by founder and CEO Richard Ells. Else is the founder of two other successful digital companies; SiteWizard and Retortal.

Nick Cook is the head of operations. Cook has more than 20 years working for automobile companies such as Aston Martin, Bentley, and Land Rover.

Barry Last is the head of tech development. He has 15 years of experience as a solutions architect.

The team has also onboarded David Bull, CEO of UNICEF UK. Bull has 32 years in the charity sector. Bull’s experience is fitting with Electroneum’s mission to bring cryptocurrency to the people.

The supply of 21 billion coins was done for psychological reasons. The team figured that it would be more satisfying for users to generate full coins as opposed to decimal points associated with other cryptos such as Bitcoin.

Where to Buy and Store Electroneum

If mining the coin is not exactly your speed, you can grab it from an exchange. Some of the popular exchanges offering ETN include TraderONE, KuCoin, Liquid, Coin Bene, Biki, Huobi, SistemKoin, HitBtc, bitbns, Coin Deal, Trade Ogre, Simple Swap, and more.

For storage, Electroneum strongly recommends keeping your ETN in its app wallet or its generatable paper wallet. At this time, the crypto is most compatible with user favorites Trezor and Ledger.

Electroneum is a bold leap towards mass accessibility of cryptocurrencies. It’s truly a way for more people to access, interact, and benefit from the technology – and all in a safe and hassle-free way. People who are fans of blockchain and crypto but feel it’s too complicated or not for them can start seeing it in a better way. Electroneum is an exciting and promising project and one that the crypto community will be watching closely.