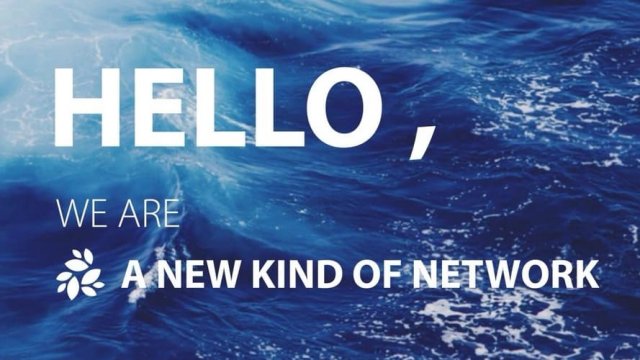 When the internet came, the idea was to have a reliable, safe, and diverse web where people from anywhere could visit and gain knowledge and information. But decades down the line, we have an internet that’s increasingly censored, user data is insecure, and is vulnerable to more inefficiencies.

With the promise of blockchain, we have the opportunity to make the internet a safer, more secure, and reliable place.

NKN – ‘a new kind of network’ is a blockchain-based platform that wants to change the internet’s trajectory by powering a decentralized, more anonymous and peer-to-peer online ecosystem. Hopefully, this will steer the internet into more efficiency, sustainability, and safety for users. In this article, we delve deeper into the NKN ecosystem and its native token, NKN.

The New Kind of Network is a peer-to-peer internet protocol powered by a new kind of blockchain. It uses incentives to attract users who share their idle bandwidth and connectivity to keep the network going. The end goal is to create an open, efficient, and decentralized internet so developers can create a low-cost and more accessible internet for everyone. At the time of writing, NKN has about 28183 full nodes.

The Problem with Today’s Internet

The internet’s original idea was to democratize information, making it accessible to everyone everywhere at little to no cost. However, that idea is getting more endangered every day. For instance, we have net neutrality, which is being threatened. Information, which is supposed to be free, is usually under the threat of censorship in some jurisdictions, and user privacy is not guaranteed. All this points to the fact that the internet, as we know it, requires a reform.

Peer-to-peer networks have been proposed to solve this issue. However, they face certain challenges that hold them back. These include but are not limited to vulnerability to malicious attacks, no economic incentivization, and scalability is often sacrificed.

NKN wants to help solve these problems with the following solutions:

NKN is built on several core components that keep it running.

This is an attempt at ‘blockchainizing’ the building blocks of the NKN infrastructure. The goal is to support network connectivity and data transmission efficiency by using independent relay nodes to keep the network lean at all times.

#2. Cellular Automata powered DDTN: This is a tool that reimagines the blockchain. It supports concepts like peer equivalence and concurrency.

#4. Proof of Relay: NKN will implement Proof of Relay (PoR). This mechanism will incentivize participants to contribute to the network by sharing their connectivity and bandwidth and getting token rewards in return.

#5. Tokenization: NKN will implement the tokenization of data and its transmission to incentivize participants to share bandwidth resources and get rewards in return.

#6. Toolkit for DApp development: NKN provides a toolkit for developers to build DApps quickly and painlessly. Because these tools are already provided, developers can concentrate on creativity, satisfactory user experiences, and economic viability.

NKN reaches network consensus through Proof of Relay (PoR), a ‘useful’ Proof of Work (PoW) mechanism, where a participating node is rewarded based on their network connectivity and how fast they can transmit data. Nodes prove their contribution by adding digital signatures on data before transferring it.

The power expended by PoR is used by the whole network. Also, ‘mining’ involves providing transmission power to the system.

This is a mobile app supporting the NKN wallet, a chat tool known as D-Chat, news, and IOT capabilities.

This is a serverless chat tool for both open and private chatting, depending on the participating parties.

This is a secure, peer-to-peer, and serverless file transfer service.

This is a remote shell that’s safer than Secure Shell.

NKN proposes these advantages over other blockchain networks:

#1. A large number of nodes

The NKN mainnet currently features up to 25,000 full nodes, making it highly scalable.

NKN supports the ‘aggregated speed’ of various routes. With more nodes, the throughput of the whole network can be scaled.

The NKN network is fully serverless, operating in a fully decentralized and peer-to-peer fashion. This significantly cuts on maintenance costs as well as complexity. It also removes a single point of failure that would attract malicious attacks.

NKN can support a broad range of applications such as 3D gaming, augmented and virtual reality, edge computing, as well as IOT.

NKN provides a safe and scalable platform for DApp developers to create secure and low-cost apps for users everywhere. Thanks to an accessible DApp creation toolkit, they can focus on creativity, user experience, and business logic. And NKN’s incentive model encourages people to join and support the network. Will NKN succeed in providing better connectivity to people and revolutionizing the internet? We’ll be watching.