What is an ICO?

An Initial Coin Offering (ICO) is a crowdfunding method where idea creators issue a cryptocurrency and offer it to the general public in return for the project funding. ICOs are mostly used in underfunded projects. Investors usually have the option to pick Bitcoin or Ethereum as a payment method. However, in some cases, fiat currency is also accepted.
People invest in Initial Coin Offerings when they believe in the project and what it could do for the world. On top of that, successful projects would have the demand for their token increased, causing the price to increase. In other words, investors are hoping to get a good return on investment (ROI) as early supporters of that particular cryptocurrency project. Most ICOs offer their tokens at a discounted price to the early investors. 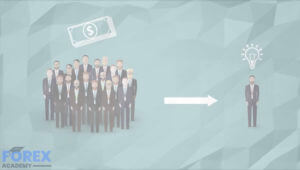 ICOs are compared to IPOs (Initial Public Offerings) on a regular basis. However, this comparison is quite deceptive and untrue. IPOs happen when established businesses go public and sell partial ownership shares in their company to raise additional funds. On the other hand, ICOs are mainly used as a fundraising mechanism for projects that have an idea but no funding or development (or they are at early development stages). Additionally, buying tokens during an ICO does not grant ownership of the company.

How does an ICO work?

ICO tokens are created on a cryptocurrency platform (in most cases, the Ethereum platform), and they have to follow the platform’s guidelines. In Ethereum’s case, following the ERC-20 token standard is obligatory. Along with Ethereum, other platforms support the creation and issuance of digital tokens, such as Stellar, NEM, NEO, Waves… 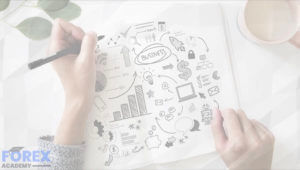 Taking the ERC-20 tokens as an example, a company will use the Ethereum’s smart-contract feature to create and issue its digital token. The token will have to fully comply with the ERC-20 protocol, which defines a set of rules for it.
The ICO starts once the tokens are created. The founders now need to convince the general public to invest in their project by participating in the ICO. The technical characteristics of the token, as well as the company’s goal, are described in a whitepaper, which is completely public and free for anyone to read.

Why do ICOs exist?

An ICO can be a very effective method of crowdfunding to reach a certain development goal. Startups can now have a project idea and no funds to start with, but an ICO will (if the project is good enough) help raise sufficient funds for the project to start. This gives a chance for good ideas to thrive even without enough capital, just by making it public and letting people choose whether to support it or not.
While new companies and startups represent the majority of ICOs, this does not have to be the case every time. Many large companies are just realizing how interesting the ICO market is. The public is also slowly beginning to understand the power of decentralization offered by cryptocurrencies. For these reasons, big companies are now doing their own ICOs to launch new projects on a blockchain-based system. They do it to decentralize their business as well as raise capital. This particular practice is better known as a “reverse ICO.” 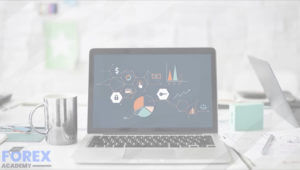 The growing number of ICOs (especially during the ICO boom of 2017) attracted the attention of regulators all over the world. They are trying to see how to classify ICOs and which regulations they should impose. If we are talking about the US, the SEC (US Securities and Exchange Commission), as well as CFTC (Commodity Futures Trading Commission), are trying to conclude how to approach the regulatory framework for ICOs and cryptocurrencies.
ICO sector regulation is still in the early stages, and most countries are uncertain on how to approach the subject. That’s the reason that there is no uniformity across countries. Some people argue that more regulation will bring legitimacy to the industry and make it even better, while others say that regulation goes again everything that cryptocurrencies are and that ICOs should be unregulated.
Some jurisdictions have declared all ICOs illegal, while other issued warnings to all potential investors to perform their due diligence before investing.

After the ICO boom of 2017, the number of ICOs has drastically reduced. However, the ICO industry is not a dying one. ICOs will continue to be a new and great way of funding new projects with great problem-solving ideas.