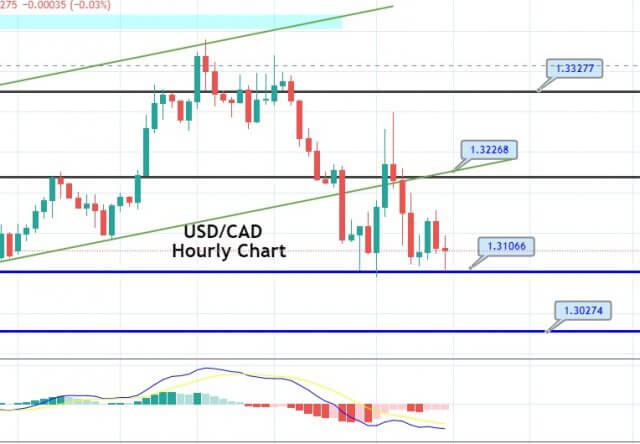 The US election results were expected to end with a blue wave and were weighing on the US dollar in previous days, but on Wednesday, the tables turned after the results were tightened. The hopes faded away that democrats will be controlling the Senate, and the expectations of divided government increased that started supporting the US dollar.

The strong US dollar pushed the USD/CAD pair higher; however, the market sentiment reversed after the specter of recounts, appeals to the Supreme Court, and lawsuits emerged and delayed the election results. These uncertainties weighed on market sentiment, and the pair USD/CAD reversed its direction and turned its gains into losses.

On the data front, at 18:30 GMT, the Trade Balance for September dropped to -3.3B against the expected -2.2B and weighed on the Canadian Dollar and supported the upward trend in the earlier session.

From the US side, at 18:15 GMT, the ADP Non-Farm Employment Change for October fell to 365K against the anticipated 650K and weighed on the US dollar and added in USD/CAD losses pair.

On WTI crude oil front, the prices rose above $39 per barrel on Wednesday and gave strength to the commodity-linked Loonie that ultimately added pressure on the USD/CAD pair and declined its prices.

The USD/CAD pair is trading with a neutral bias at the 1.3102 level, holding right below an immediate support area of 1.3100 level. It’s a triple bottom level. Therefore we can expect the Loonie pair to bounce off over this level to target the 1.3219 area. On the higher side, the USD/CAD may find support at the 1.3377 level. Let’s wait for a signal to enter a trade!