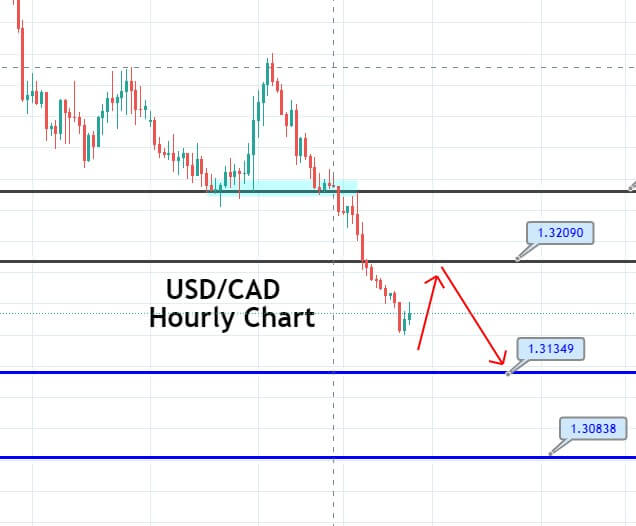 During Friday’s Early European trading session, the USD/CAD currency pair extended its previous session losses and dropped to the intra-day low below 1.3180 level, mainly due to the broad-based U.S. dollar weakness. The prevalent downtrend in the greenback is primarily tied to the optimism over the U.S. fiscal stimulus hopes, which keeps the market trading sentiment positive and contributed to the currency pair losses. Moreover, the U.S.’s political uncertainty also weighs on the already weaker U.S. dollar, which adds further burden around the currency pair.

Despite the intensified Sino-US tussle, the market trading sentiment extended its previous-session positive tone and remained supportive by the combination of factors. The reason for the risk-on market trading sentiment could be attributed to the positive headlines suggesting that the Republican and Democratic policymakers agreed on a final push to reach a comprehensive aid package after President Donald Trump rejected talks earlier this week. However, these positive headlines helped the market’s risk sentiment and undermined the U.S. dollar’s safe-haven demand.

At the USD front, the broad-based U.S. dollar remained depressed as the investors continue to sell U.S. dollars on the back of the U.S. fiscal stimulus hopes, which keeps the market sentiment bullish. Moreover, the U.S. dollar losses could also be associated with political uncertainty in the U.S. ahead of U.S. elections. Thus, the losses in the U.S. dollar kept the currency pair lower.

Crude oil fresh bids above $42 on the day backed by reports cited the Norwegian oil output disruption and risk-on market profile. In the meantime, the U.S. Secretary of State Mike Pompeo tweeted the Trump administration’s decision to increase hardships for Iran’s financial sector while imposing fresh sanctions on 18 banks from Iran, further fueling the disturbance in the oil supply and provided an additional boost to the oil prices.

Moving on, the currency pair could face further losses as Canada is set to add 156.6K jobs in September. Hence, the big beat on the Canadian jobs data tends to underpin the Candian dollar, which could offer extra legs to the downside in the currency pair. Looking ahead, the market traders will keep their eyes on updates surrounding the Sino-US tussle and stimulus headlines. Whereas Canadian jobs data will be key to watch. In the meantime, the USD moves and coronavirus headlines will not lose its importance.

The USD/CAD is heading lower with a bearish bias at the 1.3170 level, having violated the support level of 1.3206 which now is working as a resistance. On the lower side, the USD/CAD pair may find support at 1.3174 area and 1.3080 support. We may enter a sell trade below 1.3209 level today or at least put the sell limit. Stay tuned and good luck!