What is Bitcoin, and where did it come from?

Finance is an industry that constantly changes and evolves. It all started with trading food for livestock and livestock for other resources such as wood. However, it quickly evolved to using precious metals, such as silver and gold, for everyday transactions. After that, came the credit cards and e-banking. Finally, we came to the most recent stage, the last step in the evolution of the financial industry.

A new form of currency has been brought to the world, and it turned the world of finance upside-down. It was developed by an unknown person or a group of people and maintained by a collective group of the brightest minds in IT and finance. It’s a new form of money which is completely digital, fully autonomous, and not controlled by any government or central bank. The whole “monetary policy” of this new money is governed by the peer-to-peer network, which means that the market and its users decide how much it is worth. There is no money printing, diluting, or other form of government and central bank interference. This new money is called “Bitcoin.”

What is Bitcoin exactly?

Bitcoin is a decentralized currency that “lives” outside of the traditional financial system. As mentioned before, its network is fully peer-to-peer, which means that there are no intermediaries or centralized control. Many people see Bitcoin as the first truly “free” money as it is not controlled by centralized institutions.
Bitcoin, however, is not alone. It has sparked the growth of an entire industry, the industry of cryptocurrencies. Many of these cryptocurrencies started by leaving (forking from) the Bitcoin protocol, but some have created their own platforms.

Bitcoin was created by a person or group of people, which, to this day, remained anonymous. All the public knows is the name “Satoshi Nakamoto” that stands behind making Bitcoin.
So who is Satoshi really? Is he even real? Despite various investigations happening, trying to unmask the mysterious veil of “Satoshi Nakamoto,” there is still no conclusive evidence of who they are. However, many people do not care who he is, as the reality is: It doesn’t matter. The mystery surrounding Satoshi Nakamoto is completely fitting, as their main goal was to achieve privacy for Bitcoin as well as its users. Bitcoin was made to work in an open-source manner, which makes the source code entirely available for anyone to see or use. There are no secrets or influences from its maker. Many people have worked on the Bitcoin project since its inception.

Many people also tried to claim Satoshi’s name, but have failed to prove it beyond any doubt. While we may never know who created Bitcoin, we surely do know that the technology he started made waves in the financial industry. It’s also worth mentioning that Satoshi did not invent Bitcoin all by himself. His creation was built on the foundation of many top scientists’, engineers’ and mathematicians’ work. Satoshi was, however, the first one that managed to put the breakthroughs in cryptography and economics theory together into one plan.
Who controls Bitcoin? 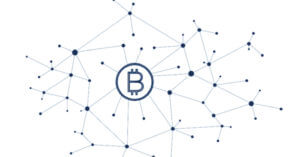 The main goal of Bitcoin is decentralization and autonomy. Bitcoin will remain to exist even if its makers and current developers never touched its code again. One of the main Bitcoin’s attributes is its independence from world governments, banks, and corporations. No authority can interfere with the Bitcoin protocol and its transactions. This means that there are no additional transaction fees or taking people’s money away. Bitcoin is also incredibly transparent, as every single transaction is being stored in a massive distributed public ledger called the Blockchain.
To sum it all up, Bitcoin is not being controlled as a network and gives its users complete control over their finances.

A user has a digital wallet where all their Bitcoins are stored. This wallet, besides showing the funds stored on it, shows all the transactions that happened that included this particular wallet. Users can send and receive Bitcoin to and from one-another fast and safe, all thanks to Bitcoin’s infrastructure. The Bitcoin network uses Blockchain, which is nothing but a public ledger. This ledger contains every transaction ever processed on the network and is completely transparent. New transactions are combined into “blocks” and processed that way.
If someone tries to change any part of the block, it will also affect all of the following blocks. However, that cannot happen due to it being a public ledger, as the attempt of changing a block can easily be spotted, and then corrected by anyone.

As every transaction requires to be validated by its users, the verification process may take a few minutes to be completed. The Bitcoin protocol is designed so that each block takes around 10 minutes to validate (mine).
Characteristics of Bitcoin
Here is the list of the most important characteristics of Bitcoin. Bitcoin is:
Decentralized
The main vision of Satoshi Nakamoto’s when creating Bitcoin was the network’s independence from any governing authorities. Even if a part of the network goes down, Bitcoin will still be alive.
Anonymous and transparent at the same time
Bitcoin gives the ability not to link the wallet to a person’s identity. This is especially important in the times when banks know every single detail about their clients.
However, the anonymity of Bitcoin only goes as far as not linking a wallet to a person. Every single transaction that ever happened is stored in the Blockchain and can be viewed by anybody at any time.

The Bitcoin network processes payments almost instantaneously as opposed to bank transfers, which may take a considerable amount of time to complete.

Once Bitcoins are sent to another wallet, there is no way of forcing them back. This characteristic of Bitcoin ensures that the parties to a transaction cannot deny that a transaction occurred and makes sure that no one gets scammed in the process of transacting with anonymous accounts.