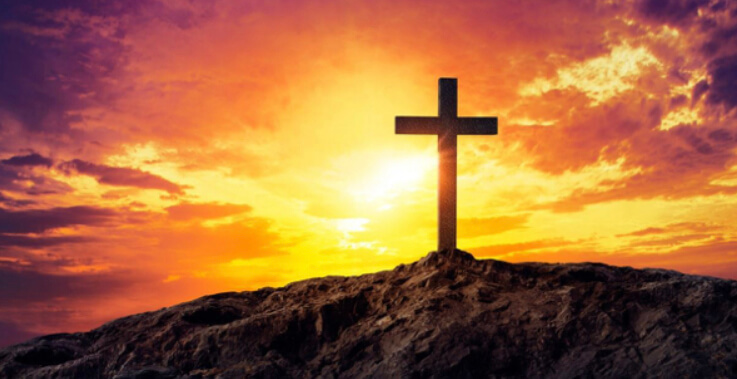 Whether you want to use them or not, you will need to understand how moving averages work in order to understand some more advanced indicators. However, trading by using only moving averages is not uncommon and can be extremely profitable. Today, we will be talking about the Golden cross and the Death cross. These two occurrences are quite rare but powerful signals that traders are looking for.
They occur when the short-term and long-term moving averages cross. When the cross is to the upside, we are talking about the Golden cross. If the cross is to the downside, it’s called the Death cross.

Both Golden and Death crosses have predicted some of the worst economic downturns of the 20th century. As an example, the Death cross predicted bear markets in 1929, 1938, 1974, and 2008. When talking about cryptos, they are very popular as they underscore the strength and potency of the primary trend. This, in turn, enables traders to navigate the chaos that is the crypto market.

The Golden cross is an event that occurs when a short-term moving average crosses over a long-term moving average to the upside. This occurrence signals to traders that they can expect a strong bullish move.
There are two main requirements for a golden cross to be a good indicator of a move:
It has to spell an end to a sharp downtrend due to seller exhaustion.

The short-term moving average has to rise above the long-term moving average (traders typically use the 50-period for short and 100-period or 200-period for long moving averages).
As seen on the picture and highlighted in green, a Golden cross occurred on the daily BTC chart in March 2019, signaling a strong move to the upside and away from the low of $3,122.
Starting March 12, 2019, BTC price rose by as much as 260%, from $3,859 all the way up to near $14,000 on June 26.
The Golden cross is more accurate when analyzing long time frames. 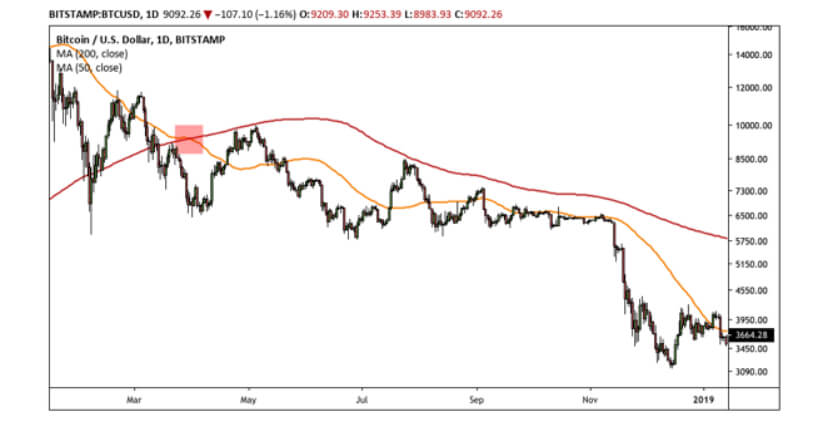 Golden and Death crosses are great ways to determine trend changes on larger time frames. However, as with all indicators, they’re not always perfect. However, they are respected by the traders and, therefore, very valuable in the crypto trading community.