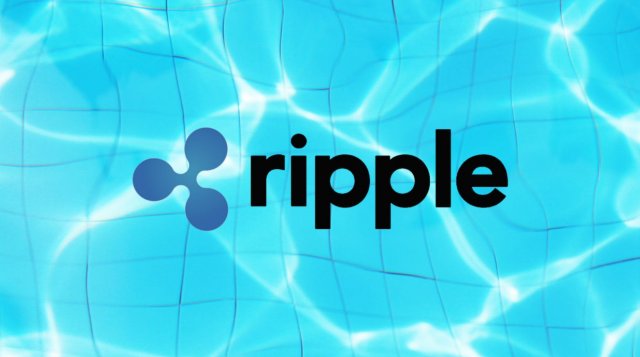 Ripple is primarily a payment network, RippleNet. Ripple is not a cryptocurrency in itself nor is it based on Blockchain technology in the same sense that Bitcoin does. RippleNet is a “decentralized” payment platform based on a distributed ledger (“interledger protocol” or “distributed ledger”) and free software that is focused on the development of international payments.

The Ripple network is decentralized but not in the same sense that the Bitcoin network is. The Ripple network operates through a list of single nodes authorised by the central authority of the network (unique node list), in this sense it is decentralised because the validation does not require intermediaries, but on the other hand, the protocol is imposed by a central entity and, nodes, in addition to being elected by this central authority, cannot “give an opinion”.

In this way, the main objective of Ripple is not the democratization of the financial system, as it could be in Bitcoin, but the dynamization of international transfers. In this sense Ripple does not present the “trade-off” between scalability and decentralization, so Ripple is perfectly scalable, currently supporting the same transactions per second as VISA. In fact, Ripple maintains that the complete decentralization of the “general ledger” is unnecessary for your purposes and for obvious safety reasons prefers that the nodes be limited and trustworthy.

“It’s only a matter of time before central banks adopt blockchain to settle high-value, inter-bank fund transfers” – CEO of Ripple in 2017

Ripple’s story begins in 2004, with an idea of a Ryan Fugger, in 2005 the first version is created. In 2011 Jed McCaleb began developing XRP, a cryptocurrency that based its value on “consensus” rather than PoW (proof of work). In 2013 Ripple released its iPhone app and by 2014 Ripple has become the second-largest cryptocurrency, the German bank Fidor accepts the Ripple protocol, and its price increases by 200%. By 2015 several banks such as Santander, UniCredit, UBS, Royal Bank of Canada, and others already accepted the Ripple protocol. In 2016 Ripple licensed to operate in New York and for the following year the capitalization of the XRP reaches 10,000 million.

What does Ripple Bring?

When a national interbank transfer is made, two things can happen, or that the banks have an established relationship to carry out these or that they do not have established one and an intermediary, usually the central bank, must intervene. In the international case, the matter is complicated. For an international transfer, the main system is SWIFT (Society for Worldwide Interbank Financial Telecommunication ) in which an agency acts as an intermediary and manages the exchange of currency and the transfer, this takes time and costs money. There are also other systems such as SEPA for the euro area, where the ECB is the intermediary. The most important thing we have to bear in mind here is that there is an intermediary in transfers and this means slowness and fees.

Ripple or the RippleNet emerges as an alternative to this by proposing a relationship between banks at a global level. Ripple’s network currently has more than 100 banks (SWIFT has 11,000). However, Ripple allows you to perform instant transactions, with virtually no commissions securely. Against popular belief, RippleNet does not need a cryptocurrency to function, being able to operate directly with fiat money (fiduciary money).

For this reason, XRP, the Ripple cryptocurrency, is not essential for the use of the RippleNet. However, if it may be necessary in any case, as we shall see. It should be noted that the currency is not mineable, the company “created” 100 billion tokens and saved 20 billion of these (XRP). Not working with Pow (Proof of Work), as Bitcoin lacks intrinsic value, and with this not being mineable and subordinate to a central authority, XRP approaches the land of fiat money.

How Does Ripple Work?

RippleNet has two operating forms FIAT-FIAT and FIAT-XPR-FIAT called xCurrent and xRapid respectively. It also has a programmable access interface to facilitate the use of these two protocols called xVia.

This solution provides secure encrypted transactions in a decentralized manner, without any intermediary bank. The xCurrent protocol does not require XRP, it uses the “interledger protocol” (IPL), the “decentralized ledger” so that each participant has access to it. However, in the case of multi-currency transfers, it requires liquidity in the foreign exchange market to function properly.

Currently, XRP is one of the currencies with the highest capitalization after Bitcoin and Ethereum and its price reached almost 4$, now it is worth 0.23$. Their brutal price increase was possibly due to the fact that the new investors, who came in when the Bitcoin was in highs, went to other currencies thinking that the price of the Bitcoin was too high to be able to buy it or some similar issue, with total ignorance of what Ripple was. But, it is very important to consider what the cryptocurrency is conceived for if you want to bet on it.

The view that the Ripple network needed the XRP to work is popular, which encouraged many to buy. However, as we have seen, XRP is not essential for the operation of the network. It should also be borne in mind that it is the company that controls the issuance of tokens, as it says it will not issue more and there are 100,000 million but who knows..?

On the other hand, XRP does not have commissions, so a hypothetical return to the bullish market is a plus point that can take advantage of other less scalable currencies like Bitcoin. We can take advantage of the evolution of its price through CFD’s over XRP, which gives us the possibility to maintain short positions and leverage.

First of all the details presented, I wonder… Is it possible to adopt the XRP as a reserve currency in the distant future, given the progress this technology represents compared to traditional transfers? Will the price soar if this model of the movement of money is imposed internationally?