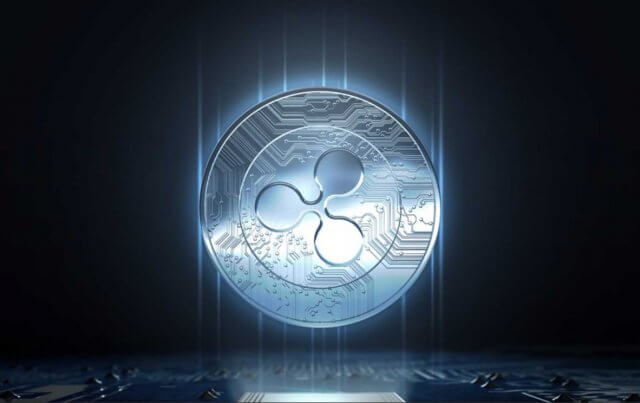 Ripple (XRP) is one of the most recognizable cryptocurrencies out there, next to other big options like Bitcoin, Ethereum, Litecoin, and a few others. It was developed by Ripple Labs in 2012. In 2017, the digital currency was one of the best investments one could make, but traders should know that it isn’t possible to buy many of these options for less than $1. Ripple, on the other hand, is a good choice if you’re looking to buy stock in digital currency that can be purchased for less than one dollar. Another interesting fact is that Google was one of the first companies to back Ripple back in 2015. Some of the other names promoting XRP have also supported big names like BuzzFeed, Coinbase, Facebook, Snapchat, Twitter, and many others. These investors have a history of believing in real up and coming companies.

Ripple uses a real-time payment system that allows money to be exchanged between individual people no matter where they are located or what bank they use. Just imagine the possibilities for people that need to send money overseas. Some people believe that Ripple could replace traditional banking systems in the future, thanks to its lightning-quick sending speeds and convenience. When you buy Ripple, you’re buying XRP, which is the currency that actually powers Ripple, although it isn’t necessary for the payment system to work.

Of course, traditional banking systems aren’t going to disappear completely. Many people prefer traditional methods and don’t trust or understand that sending online currency is safe, especially older people that might not be used to working with technology. If Ripple does become a widely used payment system, it would fare better by aiming to work along with banks. Fortunately, many big banks do support Ripple and have decided to invest in it. Here are a few banks that have invested in this cryptocurrency:

Several others have joined those listed above who believe in Ripple’s potential, proving that banks and cryptocurrency could really work side-by-side in the future, rather than against each other. Even with the popularity of Bitcoin, Ripple is the first (and only) cryptocurrency that is being supported by financial institutions, giving it a leg up on the competition in this sector.

You might be wondering why banks would want to invest in cryptocurrency. Honestly, it’s true that this benefits their customers with faster speeds, but this isn’t the only reason. The truth is that using Ripple can save them $3.76 per payment, to a tune of $564,000+ a year in savings. More banks are expected to join those that support Ripple as it grows more popular, especially due to the money it can save them.

As we move towards the end of our article, we must point out some of Ripple’s flaws. The first is that the currency isn’t widely recognized and that some people may not even realize that some banks are working with it. This could be expected for older generations that want to stick with what they’re used to, but many young people also fail to understand cryptocurrency, which could halt the growth of XRP. Another downside is that Ripple’s low price might not allow much room for the currency to grow with a current market cap of $3.

With that being said, there are still several reasons to invest in Ripple. The fact that this is the only cryptocurrency that banks are using says one thing, along with the fact that many other banks are likely to start using it because it can save them money. It might become a headache to convince people to learn how it works and why they should use it, but once they do, then it will become a preferred payment method for many. As we move towards the future, people are looking for more convenient ways to do things, and we believe that Ripple has provided a modern solution that fixes the drawn-out problem of waiting days or even weeks to send money through traditional banking systems. The bottom line is that if you’re going to invest in Ripple, you should do it now while the price is still under $1.