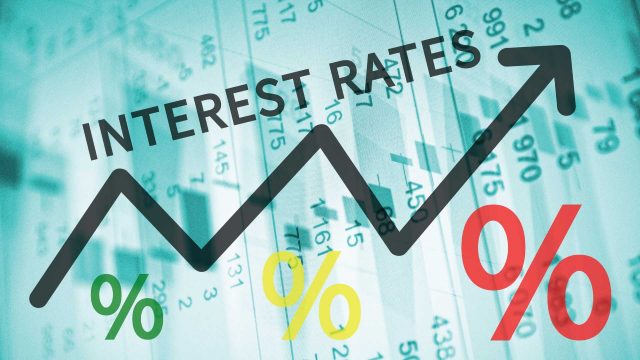 Although there are many elements that influence the appreciation of a currency, one of the most important factors to consider is a country’s interest rates. In fact, assuming everything else stays the same, forex traders need to focus on interest rates more than anything else. In this article, we will explore what interest rates mean and how they impact the value of a country’s currency.

What to Look For

If we have a stable economic and geopolitical situation around the world, the foreign exchange market will favor a currency that is seeing an increase in the interest rate and more increases in the future. Even so, the interest rate is not the only factor affecting a currency. Other factors, such as war, geopolitical concerns, inflation, correlation with other markets, and many other things can be relevant.

When the interest rate is higher, it tends to attract a lot of foreign capital. The explanation is because money always wants to go to the place where it is “best treated.” For example, if you manage a large investment fund, you will look for greater returns for your clients. If country A pays 5% in bonus while other country B pays 2% in the same type of bonus, country A is the favorite with respect to where to invest. With the intention of buying that bond or investing in that financial asset, you need to buy in that country’s currency. (Some countries will take bonds or another currency like the American dollar, but we won’t talk about that in this article)

Let’s say you manage a large fund outside the UK. You have the instruction to put the money somewhere, and the most natural place you can put it is to go where we can find the largest growth. Generally speaking, central banks will realize an increase in interest rates if the economy is performing well. It’s a matter of time, but sometimes you might decide to enter a stock market, where you would have to shop in the local currency. The reason for having higher interest rates is that they are worried that the economy will overheat but at the same time there is a proclivity of financial assets to go up in that situation. Looking elsewhere in the world, you make the decision that Germany is the country where you plan to invest as many of the German multinationals are enjoying a big increase in exports. To buy stocks in the DAX you will need to buy euros.

Interest rates on Forex. In this scenario, you will need to purchase the EUR/GBP pair. If the European Union has a strong economy it will not only seek to buy shares in that market, it will also seek to buy bonds. Again, you will have to buy them in Euros. In that scenario, it is the natural flow of money to go after the highest yield. You could be in a situation where the UK has an interest rate of 1%. while Europe has an interest rate of 2.25%, for example.

But, a while later the situation in the world changes dramatically. We’re on the verge of a global recession, and you need to do something with your money. This was the situation during the financial crisis, which began in a way that most people would see as counter-intuitive. When the bubble burst, the initial movement was that the other currencies won. However, the US dollar began to win rapidly over time after the initial shock. The reason for this is that there are few places in the world that can absorb the kind of transactions that the treasure market can in the United States.

In that scenario, we had an exodus of capital from countries around the world in the treasure market, which brought up the value of the dollar. This was counter-intuitive because interest rates were being lowered quickly, but frankly, people were looking to keep their money in a safe place. It didn’t matter that possibly the money was going from New Zealand which had a 6% rate at the time to the United States which was lowering its interest rates. At the time, it wasn’t about getting some kind of return, it was about protecting the briefcases.

When things began to calm down, money managers began to buy other currencies such as the New Zealand dollar, the Australian dollar, and even emerging-market currencies such as the Turkish lira or the South African rand. Emerging market currencies were particularly attractive because some of the interest rates in those countries, despite being historically low for those areas, were still five or six times higher than those in developed countries. Once people thought it was safe to invest again, this was the first place that a lot of money went.

Interest rates are the main factor affecting the value of currencies. But much of it has to do with what traders think on a political and economic level. The general rule is that when people feel comfortable, they buy assets with a higher return, including currencies that have a higher return. When they are not comfortable, currencies with a lower interest rate such as the Japanese yen or the Swiss franc have historically performed better, alongside the dollar. Be sure to first understand the market risk, so you can follow interest rates in both directions.