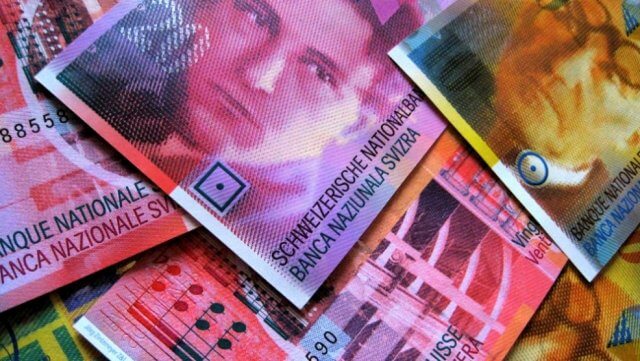 The Swiss Franc, otherwise known under the code CHF, is the official currency of Switzerland and Liechtenstein as well as legal tender in Italy. Since its creation in 1850, the CHF has historically been marked by Switzerland’s neutral stance in war situations, making people around the world build trust in Swiss banking institutions. People’s tendency and willingness to keep their money in Switzerland appears to stem from the country’s image of being impartial and honorable under all circumstances, making the CHF and Swiss banks unique. For a period spanning across several centuries, Swiss banking institutions exuded the air of safety and fairness. Their firm approach of withholding information from government entities to preserve anonymity long supported the impression that they would leave on others, which unfortunately started to wither in the past few years.

The long-held belief in the credibility of Swiss institutions and their distinctive conduct was undermined directly once the news of sharing information with US and German governments broke out, consequently affecting their safe-haven status in the world of banking. Apart from the changes in Swiss banking systems and the effects they have had on the way they are perceived by others, it is interesting to note how Switzerland is quite a small country. Along with its size, the country’s GDP is thus also rather small, especially compared to some other countries. Despite these facts, the official currency of Switzerland unusually ranks fifth among all major currencies, which is directly proportionate to the quantity of money flowing into the country. The CHF, which is also called frank or swissie, is currently believed to be the most tightly linked to the price of gold among all other currencies. The history of Switzerland and the present state of the currency both point towards uniqueness and distinctiveness in comparison to other currencies and their respective countries to this day.

The Swiss National Bank, Switzerland’s central bank, was established in 1907. Unlike other central banks in the world, the Swiss National Bank (SNB) is an aktiengesellschaft (AG) that stands for a public limited company. This further implies that the SNB is a for-profit type of institution, thus resembling J.P. Morgan, Credit Suisse, or Deutsche Bank. Despite its uniqueness, the SNB still functions as a regular bank, i.e. it holds deposits, makes loans, etc. Aside from its standard banking-related tasks, the government of Switzerland additionally placed responsibility for the country’s monetary policy on the SNB. The bank is also in charge of Swiss gold reserves, which has fueled conspiracy theories about large, hidden vaults under the city of Bern that supposedly store immense quantities of gold.

The unproven allegations that kept many interested in the pursuit of confirmation and discovery were not confirmed by the bank which further kept the veil of mystery regarding this topic. This massive interest led to a breakthrough approximately 12 years ago when a German journalist managed to get in touch with an individual who worked in one of the vaults. The worker disclosed confidential information concerning the location of the vaults and the amount of gold to a German newspaper, yet the Swiss government refuted all claims. The Swiss National Bank is, however, still believed to hold massive gold deposits as a central bank responsible for the county’s gold reserves.

What is more, since the SNB is a for-profit independent bank, it achieves its aims of making a profit through the Bank Council, with six members appointed by the government and five by the shareholders. Regardless of the bank comprising the minority of the council, it is still tasked with managing the economic policy. The SNB has a dual mandate, consisting of price stability (i.e. regulating inflation) and economic growth. It is also one of the central banks to meet the least frequently to discuss Swiss monetary policy. The monetary changes, which include the LIBOR (Swiss interest rates), are announced only once every quarter as opposed to many other countries. The Swiss National Bank is led by Mr. Thomas J. Jordan, appointed in 2012 as the bank’s Chairman. One of his greatest contributions was the essay he wrote on the possible repercussions of abandoning the official currency in favor of the EUR amidst the changes that were taking place in European countries in the 90s. This paper contained a detailed assessment of the future, involving monetary policy and housing markets collapse, that would come true a decade later.

The key economic reports in Switzerland are GDP, employment level, retail sales, CPI and PPI, and consumption indicator. Nevertheless, it appears that overall economic numbers do not impact the CHF substantially unlike some other currencies.

The USD/CHF and EUR/CHF are the most liquid crosses, followed by the GBP/CHF and CHF/JPY currency pairs. Professional traders advise caution with all other CHF-based crosses due to the fact that trading outside these four pairs tends to be rather light and illiquid. Currency pairs such as AUD/CHF typically involve many wide spreads and erratic movements and such crosses are quite susceptible to the impact of news events. Therefore, in order to avoid extreme volatility and gain the most volume, the previously mentioned pairs may be the best option for trading in the currency market.

Switzerland held to the gold standard for the longest period of time among all other countries, even after most of them abandoned it in the 1970s. The fact that stayed on the gold standard implies that they maintained equal amounts of gold to back up their currency. This lasted until the 90s when they cut the gold reserves by 50%, so each new banknote they printed would be supported by a half of its value in gold reserves. This ratio was further reduced later, but the CHF is still tied to the price of gold. Even though this relationship has weakened over time, the CHF typically rises when gold does and vice versa.

In the midst of the EUR collapse in 2011, with many European countries undergoing major difficulties, no one knew whether a stronger economy could bail them out or whether the ECM could offer any support. Looking for more stability in the crisis, many wealthy individuals decided to move their finances to Switzerland. This subsequently caused the EUR to depreciate and the CHF to appreciate, and the pair suddenly moved from 1.50 to 1.04. The price of Switzerland’s official currency quickly climbed sharply and as they are a large exporting economy with most of their exporting done with Europe, the price of their products steeply increased.

The SNB decided to take action and buy great amounts of currency once EUR/CHF reached the above-mentioned low so as to return the value to 1.20. The pair went up in a matter of a few hours and after 1600 pips turned out to be one of the greatest market moves in the currency market. The close relationship between the two currencies imitates a currency peg, which entails that a currency pegged to another cannot trade freely anymore. Due to this intense resemblance, some professional traders chose to focus on other EUR-based pairs as they generally involve less slippage and tighter spreads. Nowadays, traders are keen on trading USD/CHF and EUR/USD owing to these crosses’ high (95%) negative correlation.

The CHF used to be one of the top three most traded currencies, yet due to the correlations with the EUR and gold, it has lost its independence in a way. Its safety status diminished greatly after Switzerland abandoned the gold standard and the banking institutions started to give out confidential information. Switzerland has maintained its interest rate at -0.75 since 2015, which is one of the lowest rates among all central banks. Inflation amounted to 0.57% in 2019 and was projected to reach 0.64% in 2020. The last report the SNB issued in June of 2020 highlighted a sharp decline in economic activity and inflation as a result of the COVID-19 pandemic. Although they state that current inflation and growth estimates are challenged by unusually high uncertainty, they are generally assumed to pick up in the following year. Due to the nature of the country’s economy and exportation, the CHF carries hardly any difficulties with a trade deficit.

The country’s overall economic activity depends on GDP, and as the decline in Swiss GDP was already noticeable in the first quarter of the year, with April witnessing one of the lowest points in economic activity, the SNB projects a stronger GDP declined in the second quarter of this year. With regard to news events, the CHF’s correlation with the EUR makes it more susceptible to whatever is happening with the EUR. Therefore, if the ECB decided to reduce interest rates, the effects would likely be felt with the CHF as well. The SNB does not necessarily need to take the same action as the ECB, as it has not done in the past either, yet the CHF and the EUR have exhibited similar behavior for many years now. As discussed before, many traders decide to trade other EUR pairs rather than EUR/CHF due to this correlation.

The CHF has been moving in various directions lately, which has been largely boosted by the higher EUR. A recent downtrend has turned into a rather weak uptrend supported that can be attributed to the EUR. The EUR appears to have been much better than the CHF lately, pulling it upward. This week, both the EUR and the CHF seem to be in the neutral territory in comparison to other major currencies. Generally, as there is a little divergence between the EUR and the CHF, other crosses involving the former may again be a better choice. The end of August is typically a quiet period in the forex market, so trading currencies can potentially be a little sluggish as well. In terms of economic reports, KOF economic barometer, which many participants in the financial markets seem to be interested in, will come out on August 28, providing information on the Swiss GDP. The CHF is generally directed towards a weaker value due to the Swiss National Bank’s desire to boost inflation.

Although it is one of the strongest currencies in the world, trading the CHF is still subject to susceptibility to some other factors such as the EUR, gold, and, currently, the coronavirus pandemic. Nonetheless, due to its strong economy and the unique central bank the currency rests on, the CHF is believed to remain one of the safer investment options. Switzerland’s safe-haven currency was estimated to be the second best-performing currency of 2020.