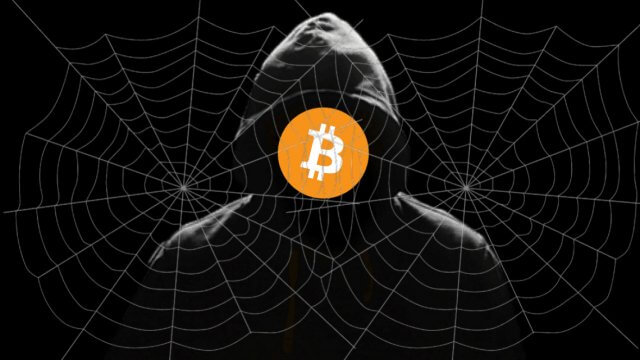 If you were to ask a few people what makes Bitcoin a special internet currency, you’d most certainly hear that “Bitcoin is anonymous.” That’s because that’s the song sung on social platforms and drummed in by the media constantly.

What people forget is that Bitcoin is also completely transparent. Thus, it would be ironic for it to also be anonymous.

What Bitcoin is, rather, is pseudonymous. This means it’s anonymous, but only up to a degree.

So what exactly is this pseudonymity? What are the intricacies that make Bitcoin anonymous, yet not? And why should you care?

Let’s answer each of those questions.

There is a lot of talk about Bitcoin’s anonymity or lack of. Why should it matter?

First, you need to remember that Bitcoin’s reputation as “the internet’s gold” makes it an ultra-attractive target to fraudsters, hackers, and other such elements. Any weak link they can exploit to unscrupulously acquire Bitcoins, they will. Countless stories of such incidents abound.

There’s also the little matter of privacy. Some people may just want to conduct their transactions privately, for whatever reason. Remember, if your address is linked to your identity, it reveals the following information:

Obviously, this is sensitive information that you never want leaking. Staying anonymous can ensure you protect yourself and your finances.

How Do Bitcoin Transactions Work?

To get a clearer grasp of Bitcoin’s anonymity, we need to first understand how Bitcoin transactions work. The Bitcoin protocol, at its very basic level, comprises a series of transactions in the form of blocks. The transactions are packages of data, which include transaction ‘inputs and outputs.’

It’s also possible for a transaction to have one input and several outputs, but that rarely happens as it would mean the amount of funds to be sent (output) would be exactly the same as the amount received earlier (input).

It’s more common to find transactions that consist of multiple smaller inputs that translate into one larger transaction. For instance, if an individual controls two different inputs of 3 bitcoins each, and needs to send 3.5 bitcoins to an online store, the Bitcoin protocol will merge the two inputs into one transaction.

Even then, a transaction with multiple inputs is more common, since Bitcoin uses ‘change’ addresses. Change addresses allow users to spend the extra Bitcoins in a transaction – from one or several inputs, back to them. Consider the example of taking a $10 bill out of your wallet to pay for a $5 ice cream. You would give $5 to the cashier, and they would give $5 back to you. The $5 belongs to you, but it’s not available to you between the time you hand the bill to the cashier and the time they give it back to you.

Bitcoin is widely regarded anonymous due to these reasons:

First, unlike traditional payment systems, a Bitcoin address is not tied to the transacting individual. A network user can create a new and random address anytime, as many times as they want, without submitting personally-identifying information to anyone.

Second, even transactions are not tied to the participant(s) of those transactions. Due to this, anyone can transfer bitcoins from any address whose private keys they control to any other address without having to divulge any personal information. Not even the receiver will know the identity of the sender.

Third, transaction data on the Bitcoin network is transmitted in a random fashion on the peer-to-peer network. While computers on the network connect to each other via identifiable IP addresses, it’s hard to trace exactly where data originated from, thanks to that randomness. No one can know if data originated from a particular node, or if that node merely forwarded it.

How Are Bitcoin Transactions De-Anonymized?

There are three ways through which Bitcoin’s anonymity can be undone.

First, although Bitcoin transactions are transmitted randomly over the network, it’s not a completely foolproof system. If a person has enough time and the tools to connect multiple nodes, it’s possible to determine the origin of a particular transaction.

Thirdly, and perhaps most obviously, all transactions on the Bitcoin network are completely transparent and open for anyone to see. This transparency is the one that enables a determined person to cluster multiple addresses together and trace them to a user.

When we speak of clustering, what do we mean?

Clustering is an attempt at analyzing transactions on a network, say, Bitcoin’s. The simplest explanation is this: combining multiple inputs into a single transaction. The inputs in question may have originated from different addresses, but the fact that they could be combined into one transaction means they originated from the same user.

Taint analysis is another method used to cluster transactions. This involves calculating the percentage of bitcoins one address received from another address and whether different addresses are, in fact, controlled by one user.

1. Run Your Own Full Node

Not running your full node also has other less obvious implications. For instance, let’s say you’re using a certain wallet. You’re relying on this wallet to transmit and receive funds. Of course, the wallet service will claim not to tie your identity to the serial number of the wallet, and that they don’t collect your information when you’re setting up the wallet. Still, your IP address will be tied to the device, and your privacy and anonymity are compromised.

Running a full node ensures you can hide your location and IP address via a VPN. This way, any interested party cannot tie you to the node.

When you’re using VPNs, you need to know not all are reliable. For instance, free VPNs will not be of much use. Other VPNs cannot be trusted to protect your data. Before you use any VPN, always conduct your own research to establish its reliability and how it has handled customer data in the past.

TOR is short for The Onion Router and is a powerful anonymity tool that can also hide your IP address. Once activated, TOR operates as a separate browser that disguises your IP address and identity by routing your connection through random nodes on the Tor network such that your traffic cannot be traced back to you. The result is that it will appear as though you were coming from an entirely different country or state. If Bitcoin transactions are routed through Tor, there’s no way for anyone to know where they’re originating from.

TAILS is a live system that enables user security and privacy. It features an interface that can mimic the appearance of Windows so that a casual observer will not notice anything unusual with what you’re doing.

You can use the TAILS system to anonymously send or receive Bitcoin, including from a public computer, without leaving a trace of your activity or identity.

5. Use the Lightning Network (LN)

As you already know, all transactions on the Bitcoin blockchain are public. If someone knows your address, they can trace transactions back to you.

Bitcoin is not anonymous. It provides a certain level of privacy, but it will not guarantee that your transactions will not be traced. With this knowledge, you can know how to stay safe while interacting with Bitcoin and how you can do so.