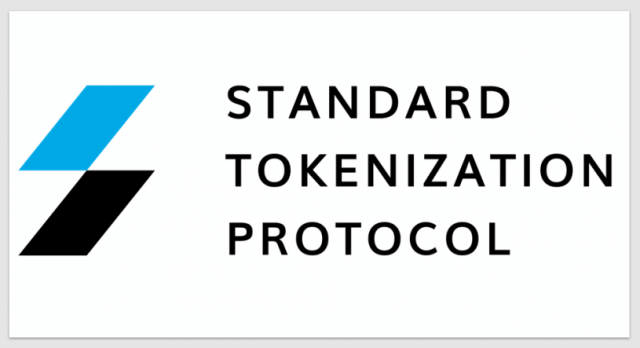 Security issuance in the traditional world is faced with so many challenges. And many of these challenges stem from the centralized nature of the system – from costly intermediaries to inaccurate records to fraud-prone processes.

Blockchain technology provides an opportunity for the industry to rectify these shortcomings. It facilitates the decentralized and peer-to-peer exchange of assets as it does trustless and fraud-free transactions.

The Standard Tokenization Protocol is a blockchain effort that wants to make this possible. And it has the bonus of making sure these assets are legally compliant, eliminating any potential friction with authorities.

How does it achieve that? This article is an attempt to answering that question.

The Standard Tokenization Protocol is a blockchain effort aimed at cross-chain assets tokenization. It wants to differentiate itself from similar protocols by supporting assets in a way that makes them compliant with various jurisdictions. The end goal for STP is to popularize the knowledge and usage of digital assets around the world.

The STP whitepaper describes itself as “a decentralized platform for digital asset issuance powered by the STP token, a new smart contract protocol framework for compliance offerings.” It also states that it aims to “enable the movement of digital assets in a globally compliant manner.”

STP wants to address the issues of traditional security-issuing platforms.

The Problems with Traditional Options

Blockchain enables programmability for digital assets. Blockchain-enabled smart contracts can automatically move value in a peer-to-peer manner from one party to another when certain thresholds are met. This massively reduces costs.

Fractional ownership enables investors to purchase part of traditionally valuable assets such as rare art and antique cars, and even assets that were previously a preserve of the wealthy such as real estate. This enables such assets to be liquid as opposed to if the process involved looking for one single buyer.

Liquidity is how fast a product is sold once it’s listed on the market. It’s the opposite of illiquidity, which is when a product takes too long to find an exit position once it’s listed. Fractionalization of assets increases liquidity since it increases the number of buyers interested in purchasing a product.

At its core, decentralization stands for the transfer of assets between parties without the involvement of overseeing authorities or intermediaries. The STP protocol ensures the peer-to-peer transfer of assets executed via smart contracts.

The STP Standard is a protocol that oversees the generation, issuance, and transfer of tokenized assets. The protocol has a Compliance Validator that checks whether token issuance meets all the requirements -whether it’s accreditation, AML, and so on. There’s a validator committee whose work is to ensure this compliance is met. The STP network enables assets to move across geographical borders in a compliant manner.

Use Cases of the STP Protocol

The STP standard can be applied to several use cases across different industries. Let’s take a look at three of them:

Asset owners from anywhere can use the STP protocol to tokenize their assets on the blockchain, increasing their liquidity.

Various users, such as retail investors, can access the STP platform conveniently via their mobile app. Not only will they be able to access wealth management tools, but they can also find projects to invest in, and if they’re the owners of a project, they can find the right audience in the platform.

With the native cryptocurrency, STP, investors will be able to access new financial tools such as blockchain-based crowdfunding via smart contracts. Such onchain crowdfunding is safer, more secure, and more transparent than traditional crowdfunding.

The STP team plans to implement several strategies in the near future in a bid to build a bigger community. These strategies are as follows:

The native cryptocurrency of the STP network is known as STPT. The token will serve several crucial roles in the network, including the following:

STP’s token distribution was as follows:

Where to Buy STP Tokens

STP is leading from the front to set a new standard for assets issuance. Issuers no longer have to deal with the burden of complying with regulations. All in all, users can expect a more accessible, inclusive, and efficient token issuance platform.