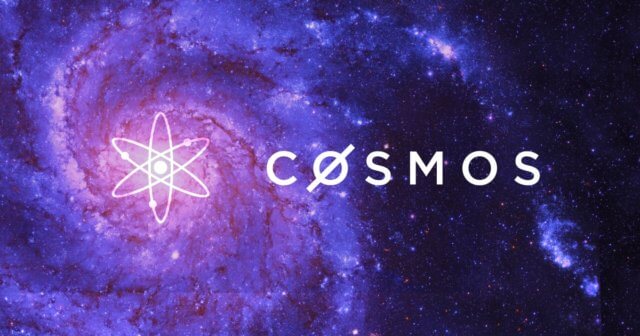 When Satoshi Nakamoto introduced Bitcoin to the world, he likely did not see the extent to which the technology would be adopted in the coming years. The Ethereum blockchain entered a few years later and demonstrated to everyone that blockchain is a versatile technology. Right now, these are the two most dominant blockchains in terms of market cap and public awareness. But they are also the foster children for the shortcomings of blockchain tech.

Every week we hear of another blockchain project that’s going to be better than Bitcoin and Ethereum. Some projects have gone on to be a roaring success in this regard – while others fall by the wayside.

Cosmos is one of the latest projects to make bold claims about being able to fix two of the biggest blockchain flaws: lack of interoperability and scalability. This article is going to lay bare every relevant thing you need to know about Cosmos: how it works, its core components, and its potential use cases. But first, let’s get a brief understanding of the scalability and interoperability problem.

The Scalability and Interoperability Problem of the Blockchain

To address this problem, several proposals have been advanced, including SegWit and the Lightning Network. And while these offer ingenious solutions, they have their weaknesses that render them useful only for a limited period of time. Segwit, for example, will eventually lead to massive consumption of resources as everything, including transactions and bandwidth, increases. For its part, the Lightning Network can currently only handle microtransactions.

The other issue with the blockchain is the lack of interoperability. Today, cryptocurrencies such as Ethereum, Litecoin, Dash, etc. have no way of interacting with others. This makes each blockchain a ‘silo’ that cannot share information with the other. The lack of interoperability also means banks have no way to interact with blockchains – a fact that has given rise to crypto exchanges.

But again, that right there is another problem. Exchanges are centralized – which does not just contravene the principles of cryptocurrencies but also renders them susceptible to hacking and other malicious attacks. Also, they’re prone to downtimes during spikes in demand and blackouts when the system is undergoing upgrades.

Cosmos is a blockchain project with the ambition to be the “internet of blockchains.” The Cosmos architecture comprises multiple parallel blockchains called ‘Zones’ connected to a central blockchain referred to as ‘Hub.’

Cosmos is the idea of the Interchain Foundation (ICF), a foundation that funds and collaborates with projects in research, engineering, social good, and community. ICF has contracted the Tendermint team to work on Cosmos.

Tendermint is the team behind the Tendermint consensus algorithm.

The Tendermint team comprises three chief players: Jae Kwon, Ethan Buchman, and Peng Zhong. Kwon is the co-founder of “I done this,” a productivity app for work teams. He has also made contributions to projects like Scamble.io, Flywheel networks, and Yelp. Buchman has 2+ years of experience in science research and blockchain. Zhong is the founder of Nylira, a web development firm.

How the Cosmos Blockchain Works

Tendermint is the basis of the Cosmos infrastructure.

It is a customizable platform on which to build blockchain applications. First, you need to know any blockchain protocol has the three main layers: network, consensus, and the application layer. Tendermint prepackages the first two layers so that developers can fully concentrate on applications by saving a ton of time on complex code. Tendermint has the following benefits:

What is IBC and Hubs and Zones?

IBC (Inter-Blockchain Communications protocol) is another important player in the Cosmos ecosystem. IBC is a software that connects the ‘zones’ and ‘hubs’ in the network to allow the exchange of coins among various chains.

In Cosmos speak, varying chains are referred to as heterogeneous chains. This is because each chain is sovereign and features its own architecture.

Now let’s get into hubs and zones.

The Cosmos architecture follows what’s called a Hubs and Zones model. The Hub is a central blockchain on which multiple independent blockchains, called Zones, are connected. The Zones can communicate with each other via the Hub by utilizing IBC.

Now obviously, the Hub occupies a very important role in the Cosmos ecosystem, and for this reason, it’s very important that it’s highly secured. This is achieved by having a globally distributed and decentralized cluster of validators. This cushions it against would-be attacks such as censorships or attempts at splitting the network.

Atom is the native token for the Cosmos network. It is neither a store of value nor a medium of exchange, but rather for staking coins. To become a validator for the Zones, participants must stake a certain number of coins. Upon validation of blocks, validators earn Atom block rewards and a fraction of transaction fees.

Governance of the Blockchain Ecosystem

The Cosmos blockchain has a strict governance model and rightfully so – given its crucial role. Validators are tasked with preserving the well-being of the system and approving changes to the protocol via a vote. For this to happen, the following conditions must be met:

For proposals, validators may answer with either of the following:

Based on the result, the following scenarios may emerge:

Some Use Cases for Cosmos Blockchain

The Cosmos blockchain could potentially improve the blockchain space in these interesting ways:

Cosmos’ selling point is impressive, but it’s not the only blockchain proposal promising to be the panacea of blockchain problems. However, its integration of the Tendermint core is certainly a highlight and will be critical to improving the scaling and interoperability of blockchain. Cosmos’ success hinges heavily on its adoption by a big number of blockchains – especially the big names. Can Cosmos pull this off, is it worth the fanfare? We can only watch.