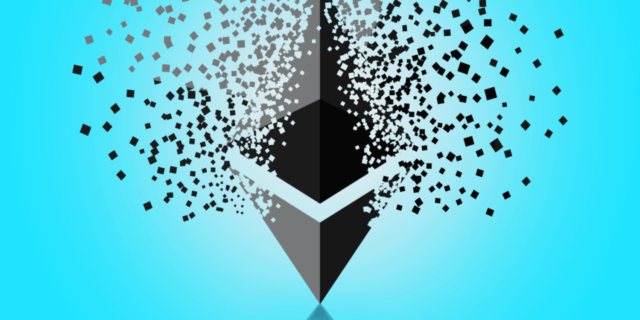 Imagine a utopian world without lawyers. A world where two people can enter into an agreement with absolutely no worries that one party may breach it and get away with it. A world run by digital contracts written in computer code. Yes, it is possible, and it is already happening, thanks to the invention of smart contracts.

What is a smart contract?

A smart contract is a piece of technology that may eventually do away with intermediaries. This is because it is a trusted agreement between two people written in computer code. It does not need a third-party to ‘witness’ or even enforce.

The smart contracts you have heard of are probably those that run on Ethereum’s blockchain platform. After all, the platform that was developed especially for developers to write smart contracts on and run on them. While it is not the only decentralized ledger to implement a general-purpose smart contracts feature, it was among the first.

Some experts argue that new decentralized ledger platforms, in particular Radix, have come up with better ways to implement smart contracts. Smart contracts on such platforms offer both the developers and users more than the blockchain platforms have to offer.

The idea of a smart contract was first conceptualized by legal scholar and cryptographer Nick Szabo back in 1994. He discovered that a self-executing contract was a possibility if there was a way to implement a decentralized ledger. This idea was way ahead of its time, and the invention of blockchain, the first kind of distributed ledger technology or DLT, is what made its implementation possible.

A smart contract is an agreement converted into computer code, run and stored on a distributed system, and supervised by a network of computers, also referred to as nodes. Such a contract is ‘smart’ for two main reasons:

☑️It contains ledger feedback that makes it practical for use in transferring funds and receiving products and services.

☑️The contract is trusted by both parties that enter into it. It is therefore executed transparently and without the need for a middleman to oversee it.

The problem with current smart contracts

Smart contracts are one of the most utilized applications of decentralized ledger technology. Bitcoin was the first DLT to support smart contracts. It used them in payment channels, time locks, multisig accounts, and escrows. However, the limitations of the underlying blockchain technology greatly hinder its application.

Ethereum was developed with smart contracts in mind. The developers understood the limitations of the Bitcoin platform and chose to design a new platform that replaces the restrictive Bitcoin’s script with another that is more versatile. This would allow developers to build their own applications that use the platform’s smart contracts capability.

Ethereum’s smart contracts application platform may be the most popular today, but it has glaring weaknesses that it may never be able to overcome. This is because of the limiting factors of the blockchain platform and not the platform design or development. The most notable are:

☑️Blockchain does not scale very well. The concept of a ‘chain of blocks’ is a very powerful one, not only because it guarantees data integrity and necessitates trust between parties in the contract, but also because it has proven to have the capability to disrupt industries.

However, blockchain-based systems are slow and get even more sluggish as the chain grows longer with more blocks of transactions added to the chain.

It would be justifiable to say that even today, no blockchain system is absolutely decentralized.

☑️Blockchain-based smart contracts place a lot of burden on the developer. Creating an app on the Ethereum platform, for instance, involves creating the basic rules for how the app should behave and implementing its security features in the code. Even building a simple token system on Ethereum is still a very complicated affair.

For a technology that is intended for transactional systems, blockchain-based smart contract platforms are very unappealing to developers.

The future of smart contracts

The world has had a taste of the benefits of smart contracts built and run on decentralized systems, and there is no going back. Since blockchain, and its consensus protocols will never allow for global scalability and 100% decentralization, the world will have to adopt something better for smart contracts. The good news is that it is already here!

The ideal decentralized ledger (DLT) would have all the benefits that blockchain has to offer, and without scalability and consensus problems plaguing blockchain. Radix is such a platform. It is highly efficient and fast, but most importantly, it is scalable.

Radix is designed to have two layers: the Radix Ledger, the base platform that implements DLT, and the Radix Engine, which is the application layer on which transactional rules of the DLT are enforced. The Radix Ledger combines a distributed database ledger (which rakes in all the benefits of blockchain) and a one-of-a-kind consensus called Tempo.

Unlike blockchain, Radix leverages the causal relationships of events in the distributed ledger to create an absolute order of events using logical clocks to partially order events and vector clocks. This design ensures that the distributed system is faster and more efficient than any other DLT in existence. It also detects and prevents protocol violations with greater accuracy.

Why is Radix the future of smart contracts?

Bitcoin was a huge success as digital cash for the simple reason that it was modeled after real-world money, and it enforces its contracts the way cash works. The developers of Radix, not wanting to reinvent the wheel, modeled their revolutionary DLT after real-world business assets and transactions to make it easier for developers to work on, but without compromising its two primary features: trust and security.

The Radix smart contract platform makes it easy for a developer to map out business assets on the already-built Radix components. The platform will offer a wide range of easily customizable components that developers can use to define the assets to meet their applications’ transactional requirements.

Since development is greatly simplified on Radix, the developer will get to invest more effort in modeling the behavior of the business processes to be enforced rather than wasting time creating it from scratch using a different language. This is so because Radix Engine Library comes with a ton of models to create almost any common asset transactional system. It also takes a shorter time and less effort even for new developers to learn and create smart contracts on the platform