Blockchain is one of the most disruptive technologies of the last decade, from powering cryptocurrencies to dizzying heights of success to industry after industry racing to incorporate it into their processes.

It would be ideal if blockchain was a problem-free technology providing problem-free solutions. But this is not the case.

These are the core five issues that are the bane of blockchain’s current existence: unsatisfactory privacy and security; and regulatory, legal, and ethical issues.

One of the defining features of public blockchains is their decentralization. This means that they are not controlled, nor can they be shut down by anyone. Decentralization helps keep the blockchain secure since thousands of computers from the globe are participating in maintaining and securing the network. Even if someone managed to shut down some of the computers, the rest would carry on operating the network. 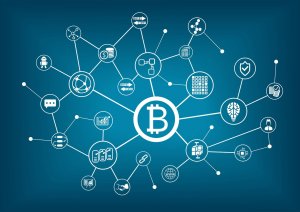 A 51% attack describes an occasion when an entity or a group of people manages to take control of over 50% of a blockchain’s computing power. This would allow them to tilt the blockchain’s operations in their favor. For instance, they could double-spend coins, block transactions, or stop miners.

Luckily, such an attack is extremely rare and unlikely. It is prohibitively expensive for someone to attempt to take control of over 51% of a blockchain network. The sheer financial and time resources needed to pull it off are enough to make one perish the thought.

Transparency is another defining feature of public blockchains. The history of transactions is available for everyone to see. While your personal credentials are not made public (or even required for you to conduct a transaction), your public address can be used to link back to you. This state is known as pseudonymity.

In an era of ubiquitous internet when privacy is highly valued, pseudonymous transactions do not exactly fly with many users. To address this problem, several privacy-oriented blockchains have sprung up to fill the gap. Examples include Monero, ZCash, Komodo, and DASH.

While blockchain technology has increased in popularity and is being embraced across industries, its legal standing is still very much grey. Some of the legal issues are as follows:

Cryptocurrencies were the first application of blockchain. They are defined by features such as decentralization, distributed, and immutability. This decentralized feature does not particularly fly with the majority of governments and regulators all over the world. This creates a state of regulatory uncertainty. 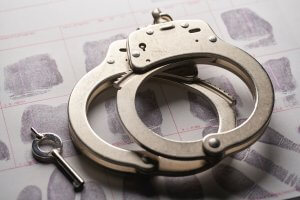 Governments have taken different approaches to this. Some governments such as Bolivia, Colombia, Iran, Algeria, Pakistan, Bangladesh, and Ecuador have entirely banned cryptocurrencies. Other countries, such as the United States, the UK, Canada, Slovenia, and South Africa, have accepted them. Acceptance can mean anything from cryptocurrencies being accepted as means of payment but not as legal tender, to them actually being used as legal tender – like is the case in the Marshall Islands.

Too strict regulation can stifle innovation. On the other hand, a total lack of regulation could create undesirable circumstances such as market manipulation and unlawful use.

Blockchain gives rise to some ethical issues, with the most problematic ones being 1) its environmental impact and 2) criminals taking advantage of it.

Blockchain networks utilize cryptography to maintain security and process transactions. The amount of power that goes into this is jaw-droppingly enormous.

Check out the statistics:

In an era when environmental concerns are more relevant than ever, the staggering use of energy is alarming. For this reason, crypto developers need to come up with more environmentally friendly ways of releasing new coins and processing transactions.

Then there is the issue of blockchain enabling criminal activities such as drug peddling, child trafficking, sex trafficking, tax evasion, money laundering, and so on. Cybercriminals take advantage of the pseudonymous and anonymous nature of cryptocurrencies to engage in such activities. Even cyber attackers want to be paid in cryptocurrency and not other types of money.

Blockchain is a powerful technology that has revolutionized certain facets of our society. However, at this stage, the world has to contend with its less-than-perfect implications. While some of the issues require a shift in attitude, others are inherently blockchain’s own. Whether any of these is set to change in the future is anyone’s guess.