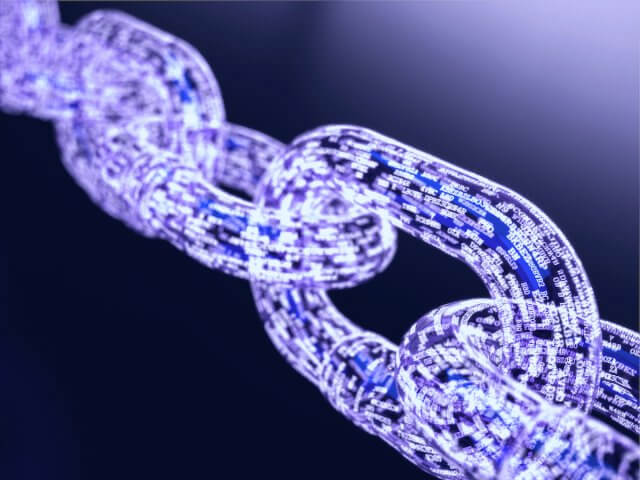 Blockchain technology has been around for about ten years now. But it was not until 2017 during the crypto-market bull run that this disruptive technology gained attention beyond crypto-space circles and into modern-day businesses. But even as of today, a good number of the general public and organizations have not yet fully understood what blockchain is all about. Those with a rough idea about this technology know it as just an underlying protocol that supports cryptocurrencies.

As much as this idea is true, blockchain has a lot more to offer, as evident from innovators and developers who are constantly pushing its capabilities by designing blockchain solutions for enterprises. In fact, it’s through the efforts of these developers and innovators that new blockchain trends or rather solutions are emerging every other year.

Nonetheless, the journey to creating efficient blockchain solutions hasn’t been quite a smooth task. For the better part of the journey, it has been all about experimenting and trying to come up with solutions that fit the market. However, judging from last year (2019), it seems that businesses and institutions have had enough of ‘finger-dipping-exercises’ and now want to incorporate blockchain solutions into their processes. This spiked growth and interest in blockchain can be attributed to Facebook announcing that it’s working on a digital currency dubbed Libra. This incentivized organizations to experiment with blockchain solutions, especially after blue-chip companies such as Uber and Visa announced their support for the Libra coin.

That said, the common sentiments expressed by the crypto-space is that this year, 2020, business and developers will design new and novel solutions giving rise to new blockchain trends. Some of these trends include:

Use of Blockchain as a service (BaaS)

The use of blockchain as service (Bass) had already gained traction spearheaded by Microsoft Azure with its partnership with ConsenSys – a reputable blockchain software company. Around April last year, Amazon, through its cloud service, Amazon Web Services (AWS), opened up its blockchain-enabled cloud service to the public – joining the likes of IBM, HP, and Oracle, who offer the same.

Essentially, Baas is designed to enable businesses and developers to create and deploy their own blockchain applications. This eliminates the need for expensive hardware infrastructure as a necessity for developing blockchain solutions. Now, with the tech giants offering a Baas platform, it creates an opportunity for small enterprises to experiment with blockchain and design solutions that fit perfectly into their needs.

Also, with AWS offering its Baas to the public, it’s anticipated that there will be an increase of lone developers designing blockchain applications on the cloud for use by the public as well as enterprises. So, this year the industry can expect several digital products such as novel smart contracts, decentralized apps (dApps), and other systems that don’t necessarily need blockchain-based infrastructure to function. This will lead to the maturation of blockchain technology prompting adoption in all major pillars of the economy.

The availability of a platform where the public can develop blockchain solutions will incentivize an increase in the number of blockchain developers and investors. This is because Baas removes the infrastructure barrier making it affordable for innovative developers to create solutions.

Additionally, as the developers continue to create more solutions, it creates a demand for experts who are knowledgeable about implementing those solutions into their specific industry. This demand will be more prevalent in the financial industry, especially the accounting niche, where the role of accountants and auditors will be transformed into advisors who will guide institutions in integrating blockchain solutions into everyday operations.

Indeed, new professionals joining the accounting and auditing sector may be required by their employer to pursue certification showing their expertise in working with blockchain solutions. Those who are already employed may be required to upgrade their skill set to keep up with blockchain’s entry in their respective field of work.

As the use of these networks accelerates, there will be a need for them to work in harmony to create an ultimate network that combines all advantages under one platform. With this interoperability, there will be efficient data sharing and easier execution of smart contracts across different blockchain networks.

Blockchain regulations will be reviewed

An ideal example is the European Blockchain Observatory Forum that was formed to accelerate blockchain development in Europe. The forum works by bringing European legislators and entrepreneurs together to help position Europe as a leader of this disruptive technology. At the end of last year, the European Commission chose a new partner, INTRASOFT, to head the operations of the forum. INTRASOFT is a leading information technology and communication provider with concrete expertise in blockchain technology. The company will work in collaboration with the University of Nicosia, which has made major strides in researching digital currencies and blockchain systems. Having been established in 2018, the forum has managed to create a vibrant community through workshops and events. As of 2020, the EU Blockchain Observatory Forum has garnered more than 9,000 followers on Twitter. Its community will only get bigger throughout this year as the forum continues to reinvent itself and organize more workshops.

Although it’s quite hard to accurately anticipate trends that will set the pace for technological advancements, blockchain technology sure does have a promising future not just for the remaining part of 2020 but also for years to come. Ultimately, the technology will live up to its hype, especially given its increasing adoption in various industries.