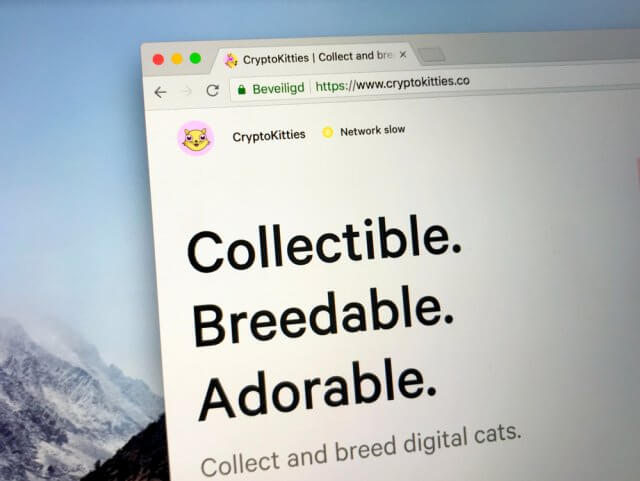 Cryptokitties is a first blockchain-based leisure game created for entertainment. It is developed by Vancouver based blockchain company Axiom Zen on the Ethereum platform. The game was widely recognized by the people in 2017 when it congested the entire Ethereum network due to its popularity. The game uses the concepts of Ethereum smart contracts to track the ownership of kitties on the platform.

Cryptokitties was the first-ever commercial application to be introduced on Ethereum. The platform uses the non-fungible token (NFT) or nifty, which is unique to each kitty. NFT’s are unlike cryptocurrencies, which can be exchanged in any way. NFT’s represent the uniqueness of the product associated with it. NFT’s were used in the field of art to secure their uniqueness in the blockchain platform. No one can transfer cryptokitties from one user to another without the owners’ permission, not the creators of the game as well.

People make money by buying the virtual kitties, and as they are allowed to breed them, they breed them with other kitties to gain unique characteristics for the offspring. This is achieved because each virtual kitty carries a unique number and 256-bit distinct genome and different cattributes (attributes for cats, hence cattributes) that can be passed to the next generation, just as we humans do. Any cat has 12 cattributes, eye shape, base color, mouth shape, fur, eye color, optional wild, pattern, environment, purrstige, and secret. These are passable cattributes.

Other cattributes like cool downtime, i.e., time taken to rest after giving birth to the virtual kitty, are not passable and depend on the parents’ maximum generation time. It is generally one higher than the maximum generation time of parents. It is not that easy to breed your kitties, it requires time and patience, and hence the price of the kitty is determined by the best characters it holds.

How to buy Cryptokitties?

Well, it is pretty much straightforward. One should have a browser; chrome works better. A Metamask wallet, and since the platform is based on the Ethereum platform, we should have Ether in our wallet to adopt/buy virtual kitties.

Hence, a user should go to cryptokitties market place and search for the kitty that they may like. If they don’t like any of them that they see, they can go to the Gen0 tab and buy them. Gen0 are the kitties directly created by the smart contracts but not the offspring of any kitties available in the market place. People generally prefer the Gen0 kitties thinking they might have unique characteristics. The breeding of two Gen0 kitties will give birth to the Gen1 kitty.

Once you bought a kitty, you can go to the siring tab for choosing a mate to your kitty and start breeding your kitty to have more virtual kitties. This is how you adapt and sire your kitties.

Cryptokitties smart contracts are very gas hungry smart contracts due to the popular demand. At a certain point in time, the demand was so high that a lot of transactions in the Ethereum platform remained unverified for a more extended period due to which Ethereum forced the company to increase the gas prices to confirm the transactions quickly.