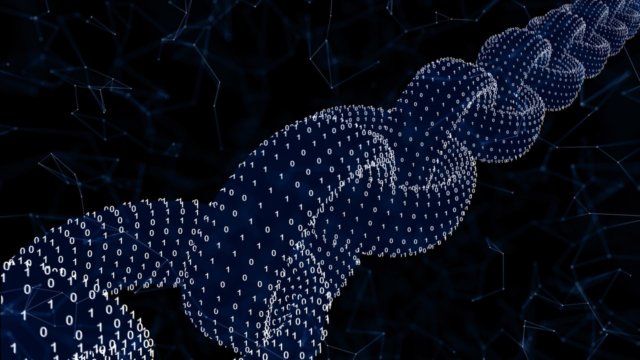 A quick search on the internet about the most popular technologies will almost inevitably yield blockchain as one. Brought into existence by Satoshi Nakamoto, the creator of Bitcoin, blockchain was once dismissed as a fleeting fad, but now it’s one of the most talked-about and valued technologies. So much that industry after industry is exploring to see how it can help them accomplish tasks in faster, cheaper, more transparent, and more accurate fashions.

What is Enterprise Blockchain?

Enterprise blockchain is a blockchain system that can be used to drive or support enterprise-level processes.

Blockchain will soon positively disrupt the enterprise sector thanks to its revolutionary qualities of immutability, transparency, and decentralization.

We’ll look at their similarities as well as what sets them apart, and why one type is more suitable than the other for enterprise-level use.

When you think of Bitcoin, Ethereum, and Litecoin, etc. you’re thinking of public blockchains. Public blockchains are open ecosystems in which anyone and everyone can participate. But public chains are impractical for enterprise use. This is because:

Linux Foundation’s Hyperledger Fabric is a good example of a permissioned blockchain network. This blockchain is designed specifically for enterprise applications.

For blockchains to be able to be adopted for enterprise use, they need to demonstrate strong and fast performances. This means:

High resilience means blockchains must have the ability to bounce back fast from downtimes and failure. It also means that the blockchains must be able to avoid these instances in the first place.

Privacy is non-negotiable when it comes to enterprise blockchains. This means they must be able to support secure communications and storage as well as the integrity of a company’s data and profile.

Examples of Enterprise Blockchains in Use

Some companies have already jumped on the enterprise blockchain bandwagon.

Finance: Santander, JP Morgan, Royal Bank of Canada, Goldman Sachs, and First Bank of America are just a few of the hundreds of banks that are deploying blockchain technology. Such banks are either involved with the Ethereum Enterprise Alliance, Hyperledger, or the R3 Corda project.

Payments: American Express and Visa are examples of payment companies that are using blockchain to implement various payment procedures.

Automobiles: Volkswagen, Renault, and Lamborghini are examples of vehicle companies that are employing blockchain tech to enhance accuracy, better telematics and mileage tracking, and so on.

Aviation: Airbus, Lufthansa, and Air France are exploring blockchain for purposes such as jet plane part tracking, registration of components, record-keeping of maintenance schedules, flight conditions, and so on.

In this section, we are going to look at the features of blockchain that businesses would want to exploit.

Decentralization means having a peer-to-peer distributed network. This structure has no central authority; neither is it subject to the idealistic whims of one particular person or entity. On the other hand, a centralized system has a single point of failure. This makes it vulnerable to hacking, downtimes, and other vulnerabilities. It is also subject to censorship from authorities.

This means once information is stored on the blockchain, it is inalterable. This reduces the chances of corruption, fraud, and meddling.

Blockchain puts up everything for everyone in the network to see. A great example is a transparency in the food industry. Blockchain can help track food from farm to table. This not only boosts consumer confidence but also saves money for suppliers and farmers since when a certain batch of food is infected, it’s easy to trace the exact source of that food.

This point can be best illustrated by banks – which use millions of dollars to conduct Know Your Customer and Customer Due Diligence procedures. With blockchain, customers would simply need to upload their credentials on the site, and banks would access it from there, as opposed to investing in staff and machines to do so – a costly process in terms of time and money.

To illustrate this, consider the case for SAP collaborating with ATB Financial and Ripple to send a blockchain payment from Alberta, Canada, to Reisebank in Germany. The €667 transaction took 10 seconds – and this would have taken 2 to 6 business days in a traditional payment channel. Ten seconds compared to 2-6 business days is worth paying attention to.

While blockchain is a revolutionary idea for enterprises, it can be harder implementing it than you imagine. Let’s look at the challenges impeding wide-scale adoption of blockchain in the business world:

Lack of interoperability: If we’re to have blockchains supporting enterprise processes in every sector of our lives, we need blockchains to be interoperable – that means having the ability to interact with each other and having the knowledge of what’s going on in the other chains. That would facilitate more streamlined processes.

Legacy Networks: Let’s be realistic; the current systems run on legacy; that is, legacy networks that are supported by old technology. Changing this infrastructure from the ground up would require a massive investment of time and money – which is not exactly a priority for many businesses.

Skillset: Blockchain is not the easiest skill to master. If you’re to integrate blockchain solutions in your company, you would need to hire people with blockchain skills. It can be not only daunting looking for one but also prohibitively expensive.

Enterprise blockchains could help businesses streamline processes and, in the process, realize more profits and build confidence in customers. Multiple companies from a diverse range of platforms have already onboarded the technology, while others are in the exploration stage. Given the positive transformation that blockchain is capable of ushering in, the technology has yet to see its best days in terms of adoption and even wider recognition, its current obstacles notwithstanding.