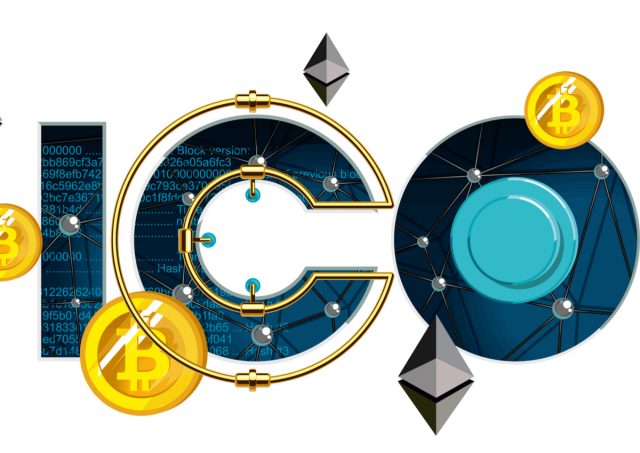 What will the future of ICOs look like internationally? Without a doubt, ICOs are generating great expectations and I think there is probably an excess of them. Often these are planned too quickly or with a very unclear after business idea. But it is also true that very powerful and interesting projects are coming to light and that they are also generating a lot of benefit to many investors and also in the short term.

The regulations established and the time will make the situation normal, but we must also bear in mind which is very laborious to analyse the real potential that some blockchain companies can have in the long term. Probably, some of the ICOs that have already come out is laying the groundwork for how technology works in the near future.

What is the operation, essentially, of an ICO, why is this system born and what differentiates it from the rest?

An ICO is a new financing (and therefore investment) model for technology companies in the Blockchain sector, although they are also starting to be used in other sectors. ICO stands for Initial Coin Offering and there are certain similarities between an ICO and an OPV. In early 2012, J. R. Willett published a draft of the project he wanted to create: Mastercoin. The summer of 2013 opened a time period where users could buy Mastercoins, the future tokens that the protocol would use to perform transactions.

The idea was that with all the money raised the Mastercoin protocol could be developed, so the appraisal of the tokens would be increased and the initial investors could sell their Mastercoins more expensive than when they bought them. This way both sides would win.

Funding a project through an ICO allows you to get financing through a path that did not exist until recently and with several advantages. Many could be listed, but I will only highlight a few. For example, you can present your idea to thousands of people and not just a dozen investors, so you increase the chances of finding more people willing to invest in your proposal.

Another positive point is not having to negotiate different agreements or contracts for months with different investors. In addition, at no time do you relinquish control over decisions that are made in exchange for investment.

Also, if you look from the investor’s point of view, the ICOs are very interesting because you have a chance to get very good returns in a relatively short time and also has a great range to choose from, although we do not fool ourselves, choosing a very profitable project is not so easy. And finally, note that VCs are increasingly interested in this new figure for the liquidity that allows them and that they in their model can not have. How to differentiate a cryptocurrency from a “Token”? On many occasions, we confuse them…

We call a cryptocurrency a currency (virtual and digital), which is encrypted using cryptography. By the latter, I mean that encryption techniques are used to secure and verify the performance of transactions.

Altcoins could be said to be alternative currencies to Bitcoin. Some altcoins are a variant of Bitcoin, that is, they have been created using the protocol itself but changing parts of the code leading to a new currency with different features. Some examples of this type of altcoins could be Litecoin. But in addition, there are other altcoins that have not been created from the Bitcoin protocol. This means that they have been created with their own Blockchain and protocol that supports their currency. A very clear example is Ethereum. In short, it could be said that altcoins have their own independent Blockchain, where transactions relating to their native currency occur.

Tokens are the representation of a certain value or functionality and are normally located above another blockchain. For the latter reason, creating tokens is a much more “easy” process as you don’t have to modify the code of a particular protocol or create a blockchain from scratch. All you have to do is follow the requirements of a certain blockchain such as Ethereum or Waves, which allows you to create your own tokens.

In short, one of the main differences between altcoins and tokens lies in their structure. altcoins use their own blockchain, while tokens operate on a blockchain It could also be explained or differentiated in another way. Altcoins can be used as money, and tokens “only” can be used on the platform that created them. Although this does not mean that a token can also be sold or purchased at a certain price. 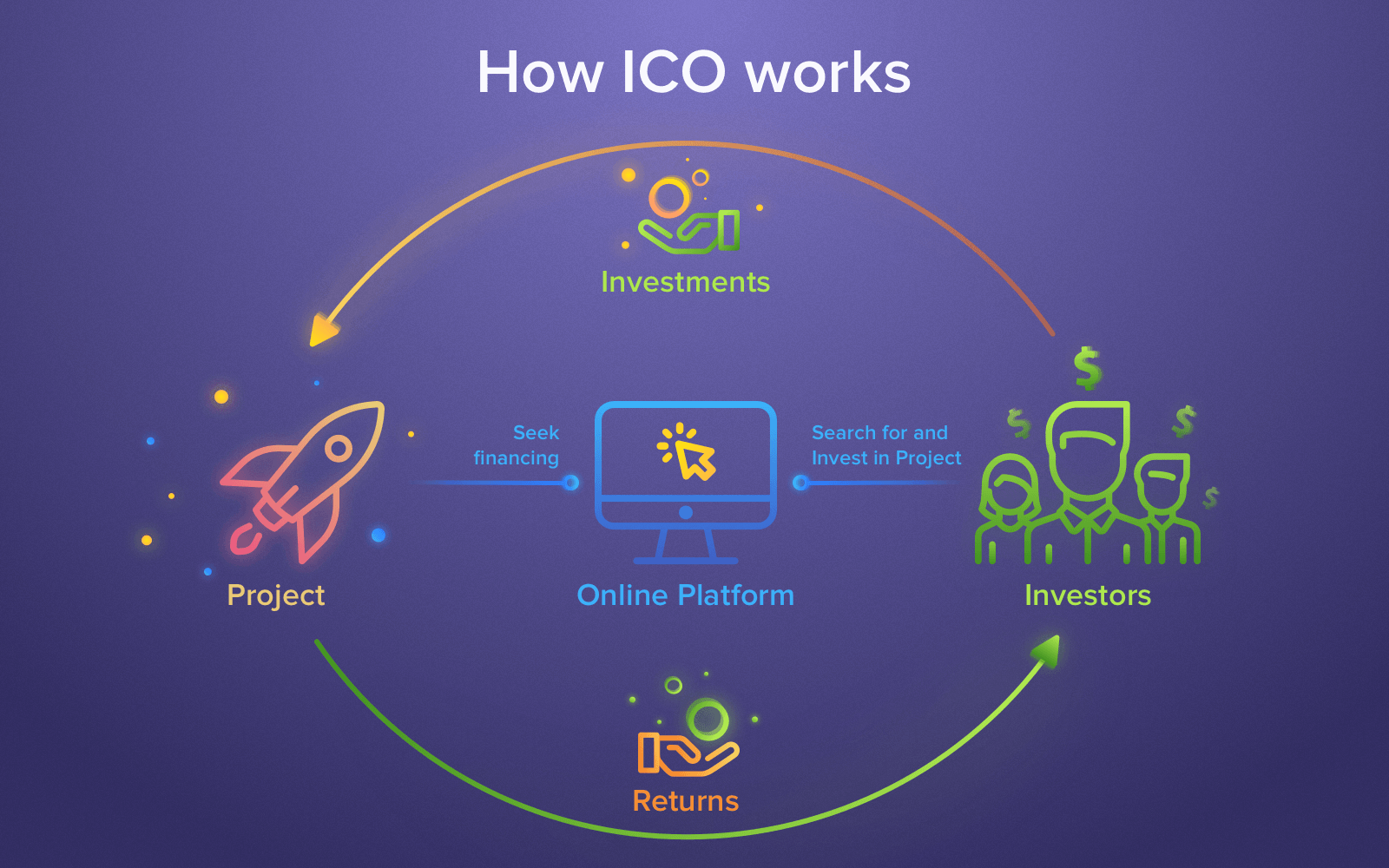 What is the procedure to launch an ICO? And to go to an ICO?

There are really different ways to launch an ICO but I could summarize some common points that you have to have the knowledge very clear when launching. The first, and one of the most important, is to know if the token of the ICO has a sense, a real utility, in the future project. Otherwise, it doesn’t make much sense to throw an Initial Coin Offering. Linked to the token, it is also highly recommended to correctly set the type of token sales model (reverse Dutch auctions, hybrid capped, etc.) because it is another of the many elements that can influence whether or not to collect the required amount.

Another point to bear in mind is to have the right legal and tax advice. First, because being such a recent sector it is difficult to find real professionals. And second, because if you don’t have the legal and fiscal conditions well defined, the ICO could be blocked at some point.

With regard to security, it could be said that a smart contract should be developed to raise funds and issue tokens that have passed different security audits. You have to be prepared to receive “attacks” to the web and be very attentive to the different forms of phishing that are given, either from your own web as in social networks and forums.

To achieve the highest visibility of the project, and therefore, a large number of investors is vital to proper marketing planning where I can tell you that the costs of campaigns are very high given that there are more and more ICOs that need to stand out from the rest. And more briefly, it is necessary to write a detailed Whitepaper, get agreements with the most important exchanges, have an investment committee, and that the customer service before, during, and after the ICO is excellent.

Regarding the steps to go to an ICO. To tell you that it is complex because you must have a wallet compatible with ERC-20 tokens, find a solid ICO, and with revaluation possibilities. Once you get to that point you should wait for the day of the launch of the ICO, be quick not to stay out, and also buy your tokens correctly. Well, it is usually difficult not to arrive on time because it usually takes several weeks before all the tokens have been purchased, unless it is a very important ICO since there have been cases that in a matter of hours all the tokens have been sold. 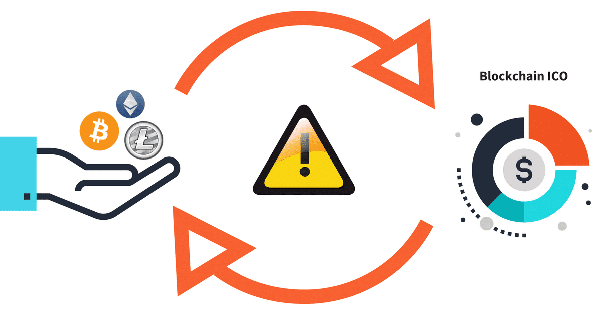 Are ICOs safe? Of course, there have been cases of failure and success.

Let’s not kid ourselves, investing in an ICO is a high-risk operation but it is proportional to the great returns you can get. However, if you take different measures you can partially minimize that risk. For example, you must read the Whitepaper several times to be well informed about the project and from there you can look for additional information: know the state of the sector where it will operate, know in more detail the equipment behind, request information in case of doubt, analyse whether the distribution and destination of the money to be collected are correct, etc.

A story, in this case, of success, because it has achieved high profitability, which I always like to name is that of the Stratis project. The price of the token during the ICO cost $0.007 and a few weeks ago I got to see it at $4.9 which is an x700. But I have also seen for example the token of Virtual Accelerator that was worth $0.04 in its beginnings and that its price has been at some point at $0.002.

And we ask ourselves the next question, what is the most important thing we need to know before we enter the world of cryptocurrencies? The most important issue we need to take into account with respect to the two big cryptocurrencies of the moment, Bitcoin and Ethereum, is that if you plan to invest in them you must do it with long-term thought and not sell even when there are moments of heavy falls. However, it is only a point of view and in the end, everyone decides their strategy and what to do with their money.