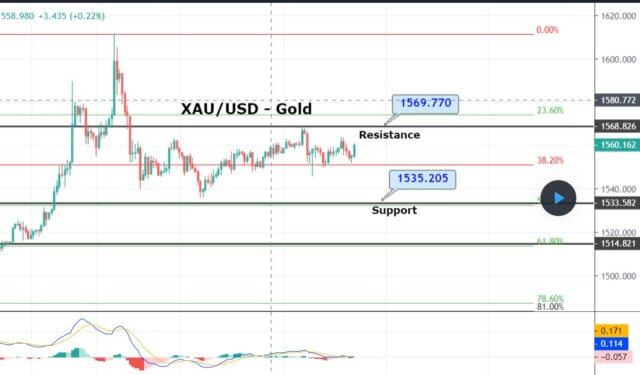 The safe-haven-metal prices slightly rose, mainly due to the spread of China’s coronavirus. There were reports that the virus has almost killed 17 people in China, and officials have completely closed the Wuhan city to prevent the infection from further spread. However, China is looking up to other nations as well for finding the cause behind this virus. It has been found so far that the virus is contagious and can be transmitted from person to person, and this has resulted in an increase of risk-tone in the financial market.

The latest coronavirus has refreshed the memories of the SARS virus, which was also started in China in 2002-2003 and resulted in dented economic growth and a slump of the travel business. The market’s risk sentiment has increased due to the possible effects of the virus on the world’s second-largest economy.

At the Sino-US trade font, the uncertainty regarding trade tensions eased around the globe when the US reported that it has decided to roll back some tariffs on Chinese products on Valentine’s Day.

On the other hand, US President Donald Trump gave the warning to impose 25% tariffs on the EU cars if it fails to deliver any trade deal. The EU Chief Von Der Leyen may visit Washington in early February to discuss the possibility of the trade deal.

Whereas, the Lower export figures from Japan in December also supported the safe-haven metal today. As well as the country’s exports fell 6.3% in December from a year earlier, the Ministry of Finance data showed on Thursday. Meanwhile, Imports decreased by 4.9% in the year to December, against the median estimate for a 3.4% decrease. They fell 15.7% in the previous month.

Gold is trading with a neutral bias, keeping the trading rangebound within 1,566 – 1,549. On the 4 hour chart, it has produced a series of Doji and Spinning top candles, which indicates uncertainty among investors.

At the moment, gold may find immediate support nearby 1,555 levels, which is expected to keep it in a buying mode until the subsequent resistance level of 1.561.

A bullish violation of this level can encourage more buying to 1,565. On the lower side, the breach of 1,555 support level can spread selling unto 1,551 level today.