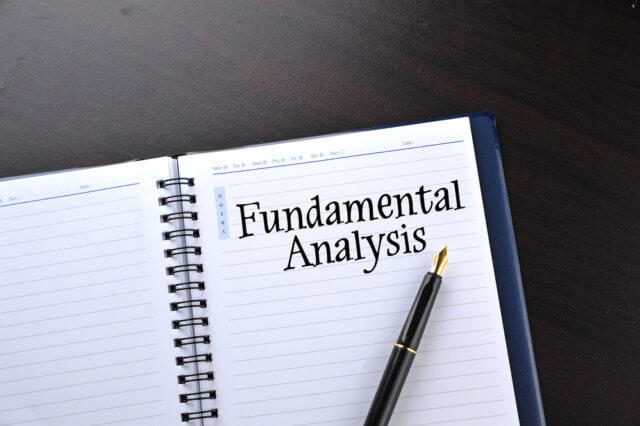 Most traders just focus and use technical analysis (TA) to make trade decisions, but they forget that trading is connected with value. The perceived value of an asset is what makes the market move up and down. And the perception of that value by the market is directly related to the fundamental information available.

Fundamental Analysis is simply a type of market analysis which involves studying the economic or political position of a country in order to be able to assess the relative value of currencies more effectively. In a nutshell, Fundamental analysis is the study of economic factors that influence foreign exchange rates to predict future prices.

Traders studying macroeconomic data of the major economies and try to interpret the economic events, news, and press releases with the aim of predicting future moves a currency can make. Traders must also take into account the microeconomics of a country, such as supply and demand, consumer expending, and unemployment to assess the macro trends in the currency markets and always be on the right side when trading.

Also, the different scheduled news releases that are the benchmark for fundamental analysis can create price shocks in the market when the figures do not match the analysts’ consensus. Therefore, it is critical, also, to keep track of the Economic Calendar to avoid the potential volatility the news event can produce.

The GDP data is used primarily to gain insight into a country’s economic strength, is calculated annually, and the broadest measure of a country’s economy. It is a representation of the value of all goods and services produced within that country over a defined period of time. The GDP data is one of the Economic Indicators which is closely monitored as it represents a countries contraction or expansion in a straightforward way, allowing the Trader to see whether a country is experiencing rapid growth or going into recession. The GDP growth rates from quarter to quarter can be the driving factors in the performance of a given currency.

Another piece of fundamental analysis data that one needs to look at is the inflation rate. This is the rate at which goods and services are valued, which changes over time. We measure inflation at both the consumer level and producer level. The producer level is defined as wholesale companies, and the consumer level is defined as households and consumers. A high rate of inflation can cause a currency value to rise as traders anticipate a rise in interest rates. The central bank, to protect consumers from excessive inflation, tends to increase the interest rates. This reduces the spending power that consumers have and thus reducing the price of goods and services.

The debt to GDP ratio is the ratio of the public debt that a country has compared to its Gross domestic product. If a country is unable to pay back its debt, it will default, and a financial panic may erupt. The usual bar set for GDP growth is 77% if it exceeds this amount over an

The balance of trade is defined as the difference between the value of a country’s imports and exports over a set period of time. The BOT is used by economists to measure the strength of a country’s economy. A Sustained trade deficit is considered bad for the economy. Therefore, it will also hurt the valuation of its currency, whereas a strong surplus on the BOT will drive the price of the country’s currency higher.

In conclusion, when fundamental analysis data is used correctly, it is an invaluable resource for any forex trader. By looking at the bigger picture of how a country is performing, it gives an insight into how the market will move, allowing you to profit from your trades.