What on earth is going on with the USDJPY pair and how to trade it?

The USDJPY pair is one of the most volatile major currency pairs. In the last 12-months, we have seen highs of 112.40 to lows of 105.00 and where current price action has become volatile, difficult to predict and therefore difficult to trade. Or has it? 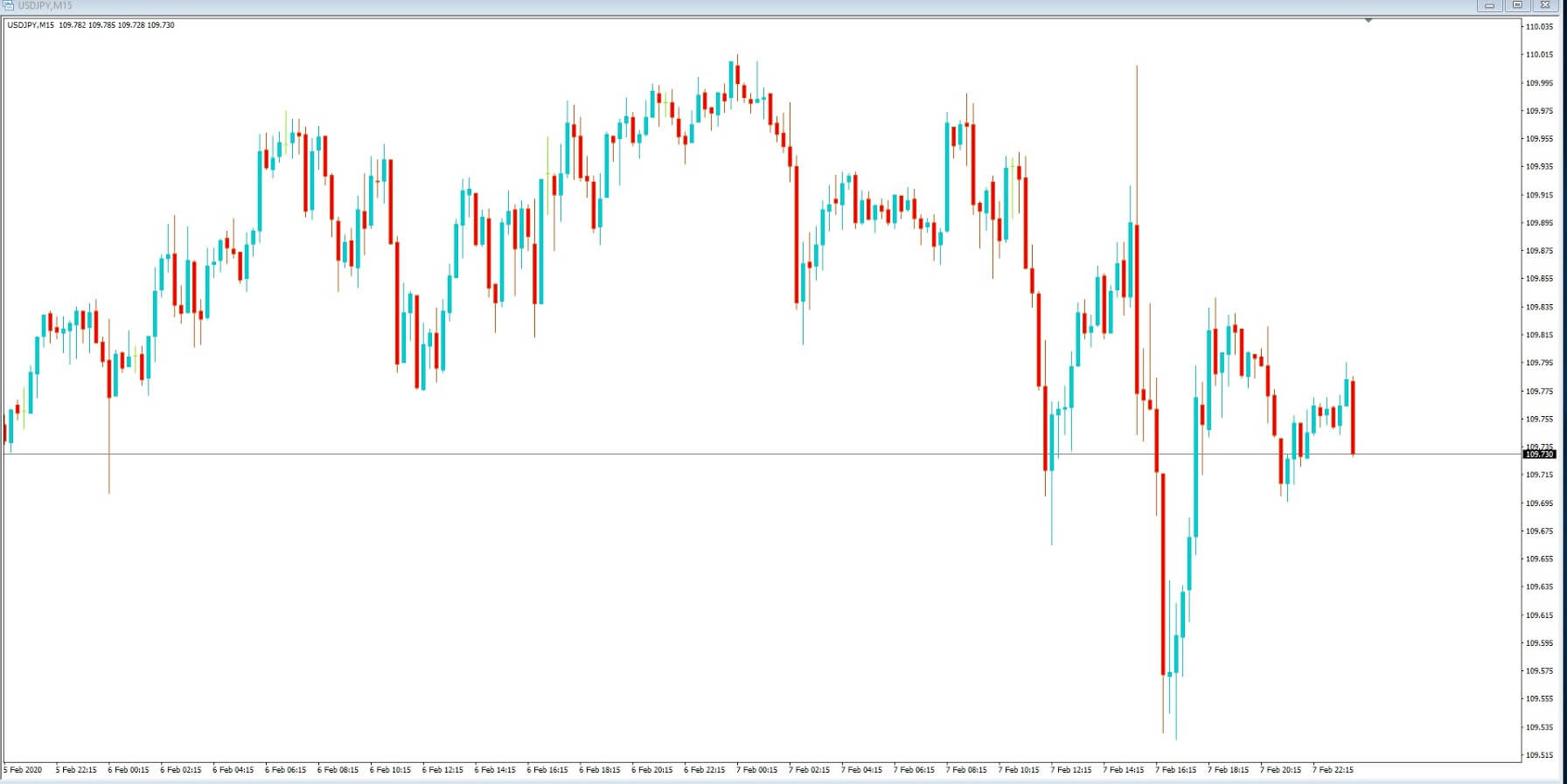 Let’s look at a naked 15-minute chart of this pair, with only price action on our chart, as in example A. On the face of this, it seems exceptionally volatile, unpredictable, with wild swings and where no particular directional bias is evident. This is a typical time frame for an institutional trader to use when trading this pair.. 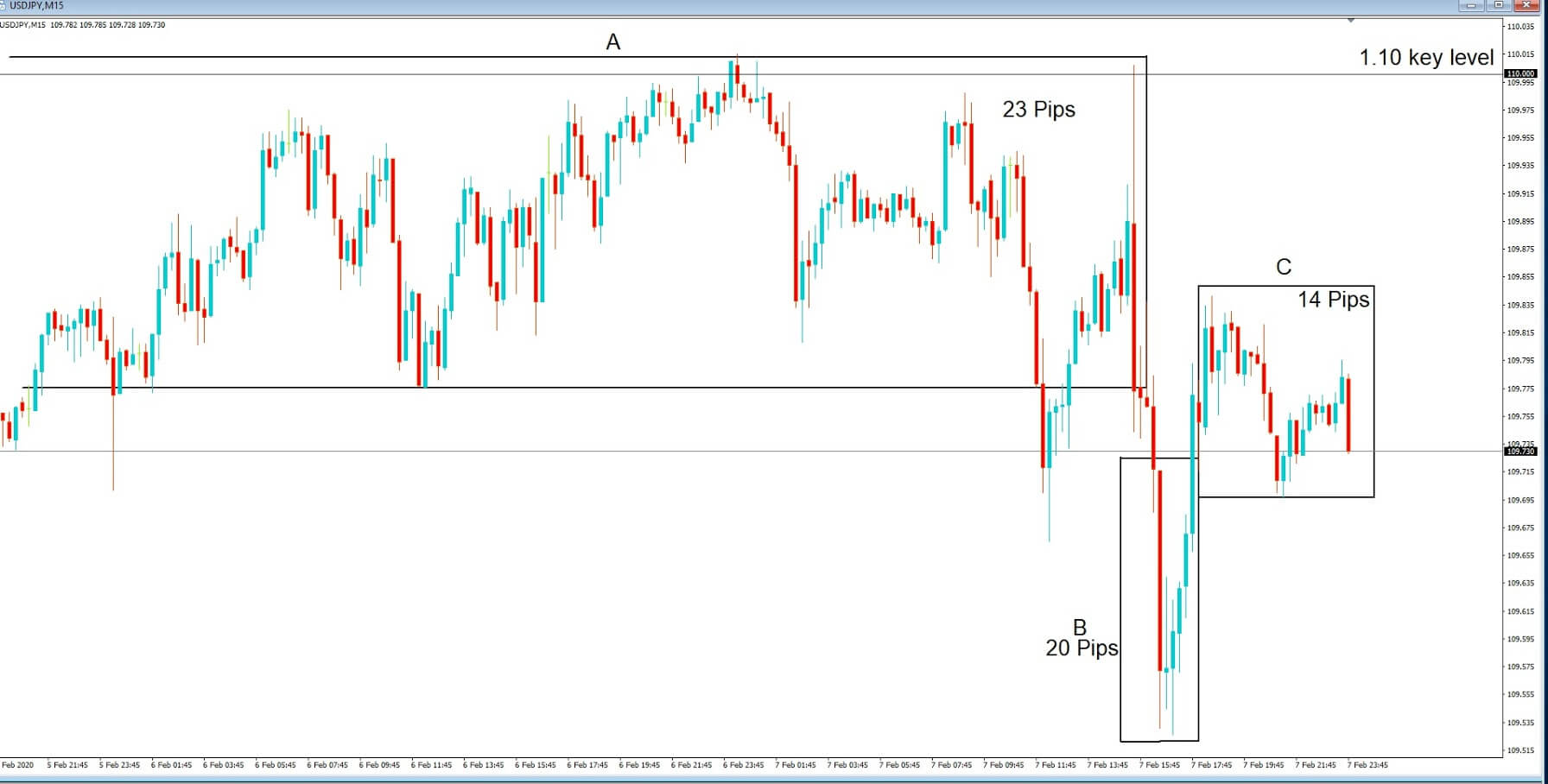 Let’s drill down a little further and try and analyze what is really going on with this pair. In example B, we have broken down the trading exchange rate from the 5th to the 7th of February 2020, which includes two days of trading in the European and American sessions, which is where you would expect to see the most volume going through.

In section A, we can see the overall price action has been using the 1.10 as an area of resistance, while price action it was confined in a 23 pip sidewards moving consolidation period.
We can then see a drop in the form of a spike lower, in area B, which has a range of 20 pips, before price action is again pushed up into area C, and trades into a narrow range of only 14 pips.

Area B’s spike is attributed to the release of the US non-farm payrolls, which had an upbeat 225,000 jobs added to the US labor force, which caused some initial strength in the US dollar before price action consolidates in area C.
But the real elephant in the room with regard to this pair, and the reason for the spikes higher and lower, can be attributed to news flow, including rumors and speculation around the Coronavirus epidemic. The Japanese Yen is favored as a currency that gets bought in uncertain times due to its safe-haven reputation, and it is therefore very sensitive to any information, real or rumors, which are prevalent in the market at this time. The pair also runs in correlation with us stock indices, and as long as the virus situation continues, we can expect spikes in both directions during news alerts, and potential yen strength should be situation worsen.

Therefore trading this pair should take into account the sentiment around the virus crisis, and bias could form for further downside. And due to the extreme volatility and huge swings in the pair over the last 12- months, it should be treated with the utmost care while using tight stop losses.