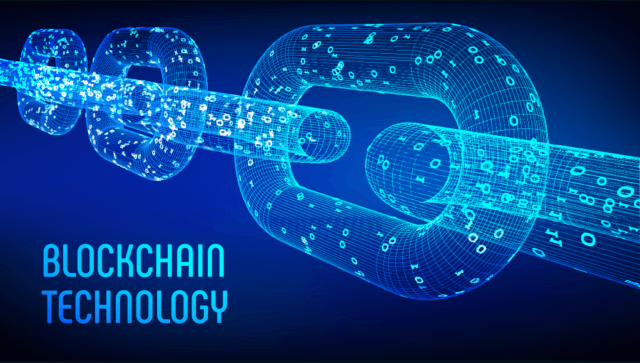 Blockchain has been getting a lot of attention lately. And this is because it brought with it game-changing capabilities that the business world had not seen before. As a result, many industries are scrambling to get a piece of the blockchain action.

But do all businesses really need to incorporate blockchain? If you’re a business and considering deploying blockchain, this guide will help you assess if you need it all.

Blockchain technology was first applied to Bitcoin in 2009. The technology industry soon fell in love with the technology, which is why it has since broken out from its application in just cryptocurrencies.

Blockchain is now becoming a common feature across a multitude of disparate industries worldwide, from insurance to food distribution to supply chain to commodities to health to recreation, and many more. Even governments are experimenting with blockchain to improve efficiency.

And companies that are yet to integrate blockchain are keen to do so. A study by Juniper Research found that 57% of companies were looking to deploy blockchain. 76% of employees believed that technology could be ‘very useful’ or ‘quite useful’ for their company.

When you look everywhere, everyone wants to adopt blockchain, or they already have.

What’s the Deal with Blockchain?

Rarely a week goes by without another headline touting the great, life-changing attributes of blockchain.

What informs that hype? As we’ve explained countless times on this website, a blockchain is a decentralized ledger of transactions and whose records are immutable and transparent for all authorized participants. Data is kept in the form of blocks, and these blocks are secured and linked to each other using high-level cryptography.

Here’s why blockchain is such a phenomenon:

That notwithstanding, not every business needs to integrate blockchain in its operations. Here’s why:

The old saying “if it’s not broken, don’t fix it” applies. Some companies are keen to incorporate blockchain despite having systems in place that are already working perfectly.

Bear in mind that blockchain would come in and completely change how you do things. Why would you want to disrupt a working service by introducing something completely new and unfamiliar?

If you wish to increase efficiency in your business, the answer could very well lie on changing or remodeling your way of doing things. Remember, a methodical approach is better than a sudden jump into something entirely different.

Public blockchains have their strengths such as being resilient against censorship due to their decentralized nature. However, as of now, they are simply not capable of handling large volumes of information. Private blockchains, for their part, are panned by critics as unnecessary and merely shiny versions of a shared database.

Currently, we have far cheaper and simpler implementations of a shared database which would provide largely the same benefits as a blockchain.

If you want to assess whether you really need a blockchain for your business, ask yourself the following questions:

Blockchain is not cheap.

First of all, there’s the issue of energy costs. Bitcoin, for example, is known to guzzle a ton of power.

Then there’s the issue of storage costs. You need to consider that as more transactions are added onto the blockchain, it gets bulkier with time. Also, each node maintains the blockchain by downloading a copy of it to their computer every while. As the blockchain increases in size, it becomes more difficult to manage it.

Other costs could be:

In the end, you may find that the cost of developing and maintaining a blockchain may exceed the profits realized from its implementation.

Incorporating blockchain is fairly complex, and this is true for all stages of the process.

A lot of consultations, tools, platforms, software, hardware, and so on are involved, and they all require a high level of accuracy since a simple bug or loophole could undo the whole set up.

Also, this complexity added to the challenges of the existing business software can be overwhelming for the company and negatively affect operations, rather than aid them.

There’s also the issue of personnel. Embedding blockchain will need people with this particular skill set, which is expensive and adds to the overall complexity of the picture.

Making the blockchain shift is not just going to upset the internal structure, but the external as well. This includes relationships with clients and customers. The potential for this happening should be a real cause for concern for businesses that want to jump into the blockchain bandwagon.

The study by Juniper Research also revealed the following:

As you can see, blockchain doesn’t necessarily augur well for the relationship aspect of a business. As you can already tell, relationships that have taken years to establish and nurture shouldn’t be risked for a new piece of shiny new technology. Any savvy business person knows maintaining and sustaining old relationships is better than acquiring new ones. Healthy business relationships are essential for the success of any company.

Also, consider the aspect of human beings’ relationship with change. People are not naturally inclined to accept and embrace change. So, think about that before going ahead to deploy that blockchain.

Questions Every Business Should Ask Themselves before Deploying Blockchain

Blockchain has so much potential, and for the right environment and business, it can help turntables for the better. That doesn’t mean every company should be queuing up to adopt the technology. Most businesses are already utilizing processes that are helping them turn profits, and everyone is happy. As such, there’s no need to upset the proverbial apple cart in the name of implementing blockchain.

Before you jump the gun, ponder on these questions:

Only and only when you answer these questions satisfactorily should you take the jump on the blockchain.

Blockchain wields immense potential, and that potential can be harnessed to transform and rationalize business processes. But it also comes with massive costs, it’s complicated and can cause a significant shift in the operations of any business, which may break or make it. Thus the need for extensive research and a lot of consideration before transitioning into the blockchain.