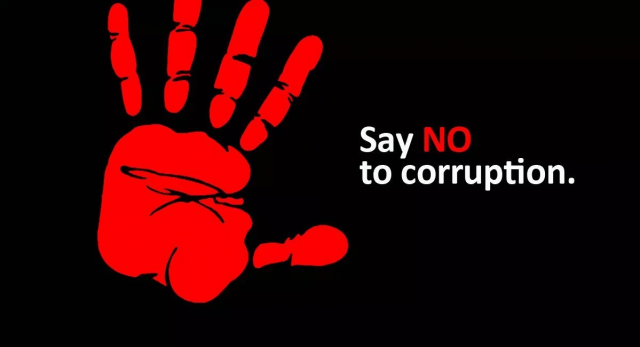 At its core, blockchain technology aims to resolve issues pertaining to the security and integrity of data. As such, the technology comes at a ripe time – when the general public is losing trust in governments and other central authorities that are entrusted with maintaining records.

In line with the aforementioned solutions, the technology works by decentralizing and cryptographically encrypting the stored data, thereby promoting data transparency and traceability without the need for authentication by a central authority. Through decentralization, blockchain also makes it possible for parties to share records in a consensus database, which in turn renders it impossible for a single party to alter the data. By leveraging these properties, blockchain is positioned to lead the fight against corruption as it can verify records and protect them from being tampered with.

It seems counterintuitive to market blockchain as a tool for fighting against corruption, yet it’s the same technology that allows criminals to perpetrate crimes such as money laundering and tax evasion. In addition to supporting anonymous transactions, virtual currencies also lack a central regulatory authority, which further promotes financial crimes.

On the bright side, the technology can be used to curb these financial crimes and other corruption atrocities.

For starters, the most obvious entry point of blockchain in the fight against corruption is in maintaining immutable public registries. These include property registry and land titling to ensure transparency between buyers and sellers. Essentially, it would work as a proof of identity/ ownership system.

Registering assets ownership on the blockchain creates an immutable system that can help stamp out fraud, which results from forgeries and simple clerical errors. In fact, these forgeries are so severe that the United States has a massive title insurance industry to cover monetary losses associated with these frauds. As such, if implemented, the system would save taxpayers millions of dollars and incentivize banks to lend loans to property owners against their land – thanks to the transparency of the system.

Sweden is leading the way in developing a blockchain-powered land registry system. The government has partnered with a telecommunication company, Telia, and two other Sweden banks in a bid to eliminate paperwork, reduce fraud, and speed up transactions.

The system will run on a consortium blockchain that brings land authorities and banks – who hold copies of the land records – together. When a land title changes hands, each step of the process is verified and recorded on the network, with the help of smart contracts.

Other countries working on developing a similar system include Georgia, Ukraine, and Ghana – where it is estimated that huge chunks of land are unregistered.

As the world continues to embrace digital systems, identity theft becomes a more pronounced concern with people trying to cover their digital footprints. Corporations also aren’t spared from this menace as several of them have fallen victim to intimidating threats from hackers and online vigilantes who exploit loopholes in their public registries.

A blockchain-powered database can be used to manage and authenticate the identity of individuals and corporations in a Know Your Customer (KYC) infrastructure. This would also make it easier to maintain anti-money laundering regulations. Such is the goal of the ambitious Dubai Blockchain Strategy, which seeks to digitize most government administration processes such as license renewals, visa application, and bill payments. When fully implemented, the system will not only reduce identity theft – especially in visa applications, but also save the government the expensive administration costs associated with physically running these procedures.

Also, the Jamaican government is planning on establishing a national identity (NID) system, which is essentially an online database with a citizen’s personal details. This will help in streamlining identity verification and counter financial crimes in Jamaica. Although the government hasn’t shown any interest in blockchain, the NID system could benefit immensely if this disruptive technology was to be used.

High-risk transactions such as cash transfers and public contracts are susceptible to third-party interception and even fraud by the involved parties. Currently, various solutions have been introduced to provide end-to-end transparency using advanced analytics to detect bid-rigging, price-fixing, phantom vendors, among other irregularities. Blockchain can still be deployed to further enhance transparency by recording vital information at every stage of the contract or procurement chain.

In the same vein, government payment systems and cash transfers are vulnerable to fraud due to multiple points of human discretion. Limiting the physical interaction between citizens and government officials using smart contracts will reduce falsification/fraudulent transactions, in addition to cutting the red tape.

So far, there have been only a few programs experimenting on blockchain as a means of recording government transactions. Nonetheless, the United Nations, through the World Food Program, recently conducted cash transfers to Syrian refugees in Jordan. This pilot project was done using a blockchain system as a means of recording entitlements to ensure transparency, eliminate chances of falsified claims, and reduce transfer costs. The success of this project may perhaps inspire governments across the world to embrace blockchain as a means of fighting against corruption.

In a humanitarian context, blockchain can also be used to curb slavery and civil wars experienced in resource-rich third world countries. A good example is in the case of ‘blood’ diamonds witnessed in Angola, Democratic Republic of Congo, and Sierra Leone. ‘Blood’ diamonds, as defined by the United Nations, are gemstones mined by militia groups who, in turn, sell them to fund their military actions against the recognized government of that particular state. Often these militias exploit slaves and children to mine these gems and perpetuate state violence.

Even though most consumers do not want to buy these diamonds, they have no practical way of ascertaining whether they were ethically sourced. However, blockchain as a data storage system can be used to record all diamond transactions throughout its supply chain, making it easy for anyone to access and verify the history of a diamond before purchasing. This would, in turn, discourage the sale of blood diamonds to unsuspecting customers, bringing an end to slavery, child labor, and perhaps, cripple the criminal activities of the militias.

Blockchain technology may not be the silver bullet it’s often touted to be, but its enormous potential to root out corruption can’t be ignored, especially in a world scarred by unending corruption scandals. Besides strengthening integrity, the technology can add an extra layer of security to records and transactions that are often exposed to high risks of corruption. Nonetheless, it’s anticipated that government-wide application of blockchain systems is yet to be realized as the technology is still in its early stages. For now, we can only rely on pilot programs to lead the exploration of blockchain as an anti-corruption tool.