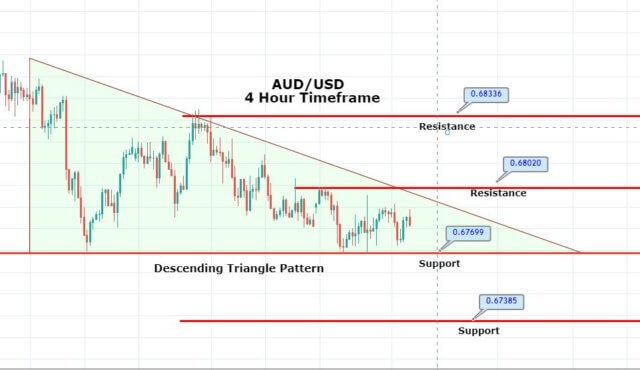 The AUD/USD currency pair sidelined near the 0.6788, despite the fifth-consecutive quarterly drop in Australian Construction Work, having hit the low of 0.6782 during the European session.

The bearish trend in Aussie came after the Westpac Banking Corp announced on Wednesday in its forecast that the Reserve Bank of Australia (RBA) is expected to lower interest rates twice until it reaches 0.25% by June 2020. Later they will go for launching quantitative easing (Q.E.),

The Construction figures for the (Q3) appeared in at -0.4% – the fifth straight quarterly drop. The numbers add to the gross domestic product, which will be released next week. However, the actual figure was unexpectedly better than the 1% decline.

On the other hand, the United States President Donald Trump continues its hopes of a phase-one deal with China even after the media releases from Beijing that blamed the U.S. for unfair behavior. Moreover, the greenback stays on the bullish track across the board because investors still trust on the U.S. dollar during the risk-on sentiment.

Thus, the stronger dollar and weaker Aussie is causing bearish trends in the AUD/USD pair.

Technically, the AUD/USD pair is trading sideways within a narrow trading range of 0.6800 – 0.6765. That’s the descending triangle pattern, which is keeping the pair in a consolidation. Mostly, this kind of pattern violates on the lower side, and if this happens, we may see AUD/USD prices going towards 0.6735.