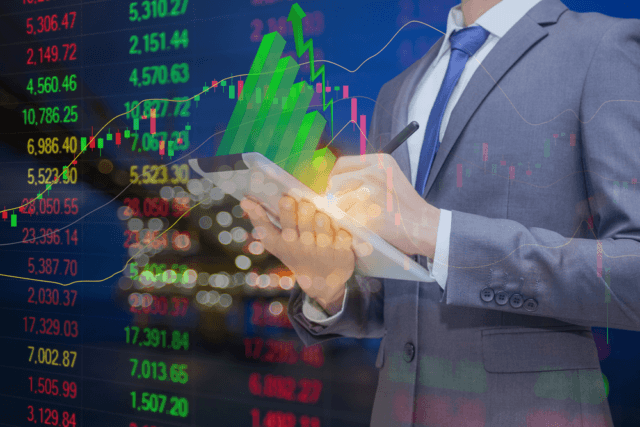 Earlier today, the financial markets experience extreme volatility after Turkey attacked Syrian rebels. The Syrian Democratic Forces (SDF), which is lead by Kurds, said that civilian areas were targeted by Turkish warplanes and caused a massive panic in the region.

Turkish President Recep Tayyip Erdogan said that the operation named “Peace Spring” has launched with the collaboration of the Syrian National Army against the Kurdish Workers’ Party (PKK) & Daesh Terrorists. He added that the operation was launched to create a “safe zone” to house Syrian refugees after clearing the area from Kurdish militias.

Overall, the focus stays on the GDP and CPI figures from the United Kingdom and the United States.

As of writing, the EUR/USD currency pair took 0.16% gains in the Asian hours as traders sold greenback on trade optimism and announce that the United States is planning to start the currency deal with China. On the other hand, the report came that President Donald Trump may issue a license that will permit a few companies of the United States to supply products to Chinas Huawei.

The pair is currently trading at 1.0987, 21-day moving average. The technical line has been closing bullish move since October 3, and this level is considered as a support for the buyers. A close above the key Moving Average would open the doors for a stronger corrective bullish move, possibly to 1.1110 (September 13 high).

At the ECB front, as we know, the European Central Bank meeting regarding monetary policy is scheduled to happen at 11:30 GMT.

The Central Bank reduced its deposit rate by the 10-basis-points to -0.50% during September and also announced a fresh bond-buying plan that is scheduled to start from November.

Distinctly, the EUR currency may take a buying trend if the ECB meeting underscores the growing dissent within the Governing Council. Moreover, the EUR may come under pressure and hit the bearish bias if the meeting reports increased odds for more rate cut.

The Federal Reserve September meeting released on Wednesday and showed the rising attention between policymakers that markets continue to expecting more rate cuts than the U.S. Central Bank will deliver this year.

The single currency Euro is taking a sharp bullish turn in the wake of a weaker dollar. The pair is facing support at 1.0975, along with resistance at 1.1025. The MACD and Stochastics are also supporting the bullish bias, especially after the EUR/USD has a bullish crossover of the 50-period EMA today. The bullish breakout of 1.1025 can extend buying until 1.1075 today.

During the early Asian session, the USD/JPY currency pair hit the high level following a drop to the 107.00 level. Later, the USD/JPY prices recovered to the 1-weeks high in the last hour.

The USD/JPY currency pair is found on a weekly bullish track after placing a low of 106.560 during the last week. Most of the buying came on sentiments that China is still ready to make a deal with the United States despite the recent development.

The USD/JPY currency pair was marked on the bearish level earlier this Thursday in the nervousness due to the high-level United States and China trade negotiations. The sharp uptick in the pair came as the United States is planning to enter into a currency deal with China as a part of the partial trade deal, although the depressed greenback prices action kept a lid on any strong follow-through.

Despite the positive trade news and the less dovish Federal Reserve meeting minutes, the U.S. Dollar struggled to increase any traction and still on the sideways due to the weaker tone surrounding the United States Treasury bond yields.

Consider the safe-haven appeal triggered by Turkish news, the USD/JPY is holding below the healthy resistance level of 107.700. There has been a sideways movement in the market, as traders are confused about whether to buy JPY on safe-haven or to sell it on U.S. – China trade deal sentiments.

The GBP/USD currency pair found on the recovery track after the bearish session, the pair currently fluctuating between the 1.2225 and 1.2230 area. Cable recovered to the 1.2300 in the wake of a report that the Europan Union is ready to allow a time-limit on the Irish backstop.

Moreover, the Northen Irish Democratic Unionist party refused the European Union concession on Brexit, and the Europan Union official denied the report and in the consequences, sent the cable pair into the negative area.

On the other hand, the buyers still showing some resilience below the 1.2200 round-figure marks, and some repeated greenback weakness supported limit any further declines. Besides this, the Wednesday FOMC meeting doing little to depress the hopes for yet additional interest rate cut during October. The continued decline in the U.S. Treasury bond yields weakened demand for the U.S. Dollar and turned out to be one of the key factors giving insignificant support to the major.

Moreover, the United Kingdom economic docket could further influence the more extensive market sentiment surrounding the GBP and give some brief trading impetus

On Thursday, the GBP/USD trade at 1.2233 right above the strong double bottom support level of 1.2220. The overall trend appears sideways as the GBP/USD can proceed to trade within 1.2280 – 1.2108 area. Nevertheless, the bearish breach may prolong the GBP/USD selling until 1.2170 following slight retracements.